The Bishnoi is a community found in the Thar desert and northern states of India. They follow 29 principles / commandments, laid by their founder Guru Jambeshwar in the 15th century, thus the name (Bish- 20, noi- 9). One major principle pertains to the protection and compassion for all life, refraining from tree cutting and hunting animals. They worship the khejri tree (Prosopis cineraria), chinkara (Gazella bennettii), and blackbuck (Antilope cervicapra) and will go … Read More

What is the future of conservation in modern India? What are its biggest challenges? Can India achieve the goal of rapid economic growth while leaving its wilderness intact? These are questions that every conservation biologist or practitioner grapples with today. Although these questions may seem simple, their answers are layered—like an onion—as Pankaj Sekhsaria points out in the Editor’s note of Conservation … Read More

The proposal for the Etalin Hydro-Electric Project (3097 MW) in Arunachal Pradesh’s Dibang Valley (RO/Ministry File Number F. No. 8-20/2014-FC), was placed for approval before the Forest Advisory Committee (FAC) on the 23rd of April, 2020. Reports state that 2.7 lakh forest trees will be felled in the process. Long-term research in Dibang Valley (including areas which will see impacts of the proposed hydro-project) show that the region is crucial habitat for many Schedule I endangered species, including a genetically … Read More

Research on hornbills in Pakke Tiger Reserve (PTR) began with a 4 year PhD study (1997-2000) on various aspects of hornbill biology (Datta 2001). The research program of the Eastern Himalaya Program of the Nature Conservation Foundation (NCF) has continued in the Pakke Tiger Reserve since 2003. Long-term monitoring of hornbill nesting showed that nest sites were limiting and that there was competition for nest trees between hornbill species. While three species of hornbills (Great, Wreathed and Oriental Pied … Read More

Unsteadily, we inch our way along the narrow trail on the edge of the mountain, peering cautiously over the edge in search of the elusive spot-breasted parrotbill (Paradoxornis guttaticollis). The parrotbills were spotted along this grassy hillside in Nagaland’s Zunheboto district just a couple of weeks ago by Angulie Meyase, Nagaland’s leading bird guide. So throwing caution to the wind we thread down this treacherous, twisting necklace. An unending expanse of clouds beneath us gives us the illusion we … Read More

The Beautiful Baghrol – A Fascinating Feline

What is the state animal of West Bengal? Many of you may guess, Royal Bengal Tiger, because of the ‘Bengal’ in the name. Or you may remember Bengalis’ love for all things piscine, and say it is the fish! But you would be wrong again, for it is neither the tiger, nor the fish, but an animal associated with both – the fishing cat (Prionailurus viverrinus), locally known as Baghrol or Macchbagha… Read More

“Rules are rules; we shall definitely fine the offenders. The village council has set the rules and we all need to obey the same. Other villages should realise that we have completely banned hunting and fishing in our area and our decision should be taken seriously by them” were the words from a youth belonging to Sema tribe of Sukhai village from Nagaland, after they had caught people from the neighbouring villages fishing in their river.

The customary rights of … Read More

A community-owned and managed seed goat bank – this was what a local NGO, Sarada Prasad Tirtha Janakalyan Samity, started last year to decrease loss of goats due to fishing cat depredation.

Go-Bagha is one of the local names for the fishing cat. Go is rooted in Goru meaning Cow. According to a local myth, if a cow gives birth to a still-born calf, then the calf will be re-born as Go-Bagha.

The first Amur Falcons have started arriving in the Northeast, and in Nagaland. The local communities in various parts of the state have been eagerly awaiting the birds in the last couple of years — to welcome them as honoured guests, and to provide them with safe passage.

For the last two years, the Amur Falcon conservation efforts in Pangti and Sungro villages in Wokha district of Nagaland have passed off successfully in a remarkable conservation turnaround. In 2013 and … Read More

The tallest flying bird in the world – the Sarus crane – thrives in the intensely cultivated floodplains of Uttar Pradesh. Can the birds withstand the pressures of a country on the fast track to development?

The fertile Gangetic floodplain has supported dense human population for centuries—much of the land is cultivated, having been converted almost entirely to small-holder farmer systems at least 300 years ago. Despite these pressures, the world’s largest known breeding populations of sarus cranes and black-necked … Read More

Conservation in these high altitudes has been relatively neglected even though the wildlife here faces a variety of threats:

… Read More
At Pakke Tiger Reserve, in Arunachal Pradesh, Nandini Velho learns how a hunting tribe can be partner in conservation.

I am often witness to and a part of small disasters while in the field, but I learn something each day that keeps me going. I still remember the day we spent five hours pulling our Maruti Gypsy out of the dirt track. We were on our way to Pakke Tiger Reserve in East Kameng district of Arunachal Pradesh. To 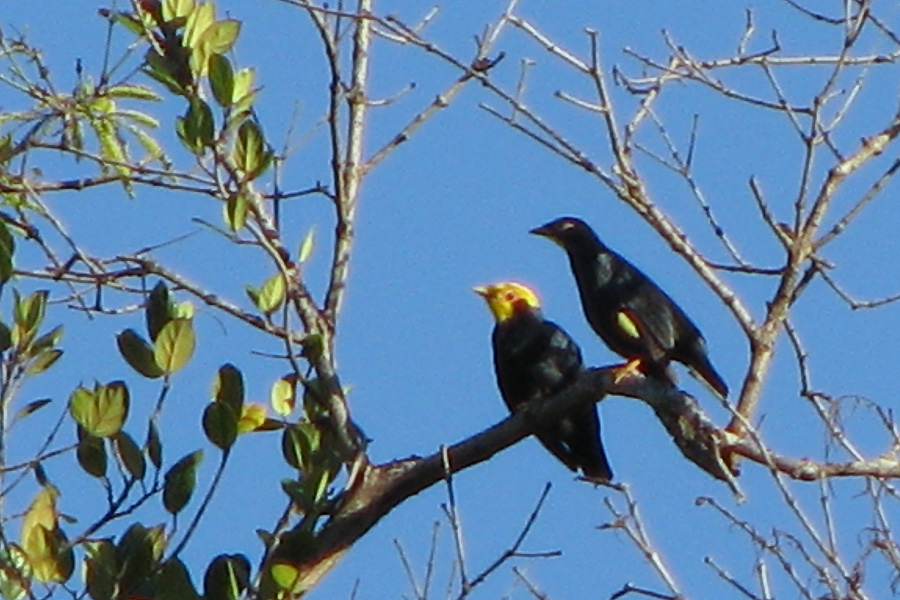