The Northern River Terrapin (Batagur baska) is a large-sized species of aquatic turtle with an average carapace length of 60cm. They are known to nest on beaches close to river mouths or on river islands. Once abundant in South Asia (India, Bangladesh, and Myanmar) till the 1900s, the Northern River Terrapin is now listed as Critically Endangered by the Red List of the International Union for Conservation of Nature (IUCN).  Wild terrapin populations precipitously declined due to the … Read More

On 12th April 2022, members of the Human & Environment Alliance League (HEAL), led by Jayanta Chakraborty got a turtle dealer arrested in a joint covert operation with the Forest Department at Malda, West Bengal. The operation began with a tip-off by local informers about a trade happening in the Gazole area in Malda. On 10th April 2022, our volunteers posing as buyers interacted with the turtle trader and confirmed his whereabouts.

On 20th January 2022, local conservationist Chitrak Pramanick was informed of the killing of three female Fishing Cats in Bagnan, Howrah district. The ​carcasses were dumped at one place with the legs tied with plastic ropes. No injury marks were visible on the bodies and from the condition of the carcasses, it appeared that they were killed over a period of 3-4 days, probably by poisoning. The shocking incident seems to be a symbolic display of mockery against long term … Read More

Since November 2021, Himalayan Black Bear (Ursus thibetanus laniger) have been spotted in the foothills of north Bengal, perplexing Forest Department personnel, wildlife biologists, and local inhabitants alike. The species is usually only found at altitudes between 1200-4300m above sea level in tropical, subtropical, and temperate broadleaved and conifer forests of the Himalayas. Ursus thibetanus laniger is easily identified by a cream-coloured, crescent-shaped patch on the chest, earning its other common name, ‘Moon Bear’. It is one of the four … Read More

Cyclones Amphan and Yaas, which occurred in May 2020 and May 2021 respectively, severely impacted the Sundarbans. Local people who survived the immediate aftermath of these catastrophic weather events found themselves robbed of their self-sufficiency and livelihood as paddy fields and fish ponds were contaminated by extra-high salinity levels from the storm surges. Farmers believed that growing crops on their lands would be near impossible for at least 2-3 years. Life in the Sunderbans is tenuous at the best of … Read More

A vast wetland near Kolkata was found to be killing fields for hundreds of birds every day, many of which fly in from thousands of kilometres away. Our team unearthed a large racket of commercial poachers operating in Bortir Beel near Neelgunj, North 24 Paraganas, North of Kolkata. The scale of bird trapping and sale in local markets here was much larger than other bird trapping activities we had experienced earlier.

Tipped off by one of our members, we first … Read More

South Asian River Dolphin, also known as Ganges River Dolphin (Platanista Gangetica) is an endangered species found in Ganges-Brahmaputra-Meghna river systems in India and Bangladesh. It is listed as Endangered by IUCN and protected as Schedule I species under the Wildlife (Protection) Act, 1972. It is also the National Aquatic Animal of India and the focus of a number of conservation projects.

On the morning of November 3, 2019, I witnessed the bycatch mortality of a sub-adult Ganges River Dolphin (Platanista gangetica gangetica), measuring 2.75′ feet and about 22 kg, in a drift gillnet set for catching fish near Jotkasturi, Panchanandpur, Malda, West Bengal. A Wallago attu catfish was also caught in the gillnet. The fishermen who had landed the dolphin said that it might have got accidentally entangled. Usually, in such cases, fishermen fear penalties being imposed, and are not … Read More

Jayanti is a small village within Buxa Tiger Reserve in Alipurduar district of West Bengal. On the 7th of August, 2018, three of us had been out watching butterflies around there, and had started on our way back at around 2 pm. We were walking along the river Jayanti, when suddenly, something caught our attention. It was a feral dog, holding a water monitor in its mouth.

We noticed that they were both biting each other. The water monitor is … Read More

A Fishing Cat was partially electrocuted at a pond in Baikunthapur village, of Haora (Howrah) district in West Bengal. The pond owner, along with some others, then killed the cat and sold off the meat. They then tried to destroy evidence by throwing away the head and skin of the cat in a nearby canal.

When informed of the incident, the Forest department carried out an investigation, which led to the recovery of the head of the cat. An … Read More

Dholes or Asiatic wild dogs (Cuon alpinis) are among the least-studied large carnivores in the world. The IUCN Red List assessment (2015) categorizes the dhole as an Endangered species. With fewer than 2,500 mature individuals remaining in the wild – across 11 countries in South and Southeast Asia – the dhole may be facing a crisis far more severe than the tiger or elephant. India has the highest dhole population in the world, in three key landscapes: the Western Ghats, … Read More

On the evening of 30th September 2018, I was strolling near a village named Narit, Howrah, West Bengal, to try and get a glimpse of the fishing cat. Instead, I chanced upon a pack of 7-8 Golden Jackals (Canis aureus) that had suddenly appeared out of the darkness in dense bamboo forest.

Among the pack, two had a distinct coat of white and a tinge of orange. Initially I mistook them to be street or feral dogs, but unlike dogs, … Read More

The Gangetic or South Asian River Dolphin (Platanista gangetica gangetica) or Shushuk, is an Endangered dolphin that lives in one of the most densely populated regions of the world – in the rivers of India, Nepal, Pakistan and Bangladesh (IUCN Red List; Braulik and Smith 2017).

While the primary threat to these blind river dolphins is fishing gear entanglement, the loss and fragmentation of riverine habitat and changes in water flow, due to the construction of dams … Read More

Sundarbans in West Bengal has become popular for increased tiger sightings. However, the sighting of lesser cats, like the Leopard Cat and the Fishing Cat, still remains rare due to their nocturnal habits. In fact, the latter is one of the least seen mammals in Indian Sundarbans.

I had a fleeting glimpse of an individual in Feb 2017 basking in the early morning sun during a foggy winter morning. In Feb 2019, a few of us got to see a … Read More 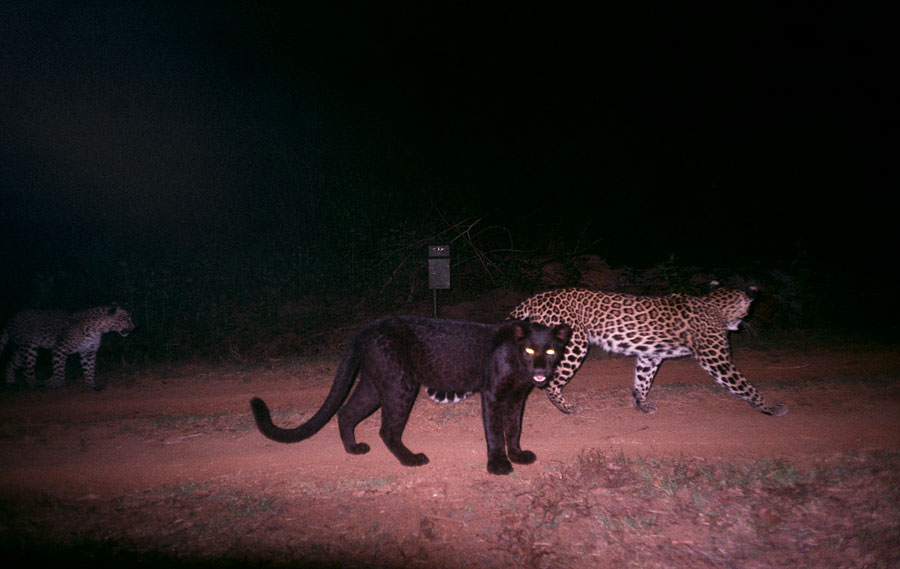