Soumen Bakshi
The poached dolphin with the cut-off skin from the back. 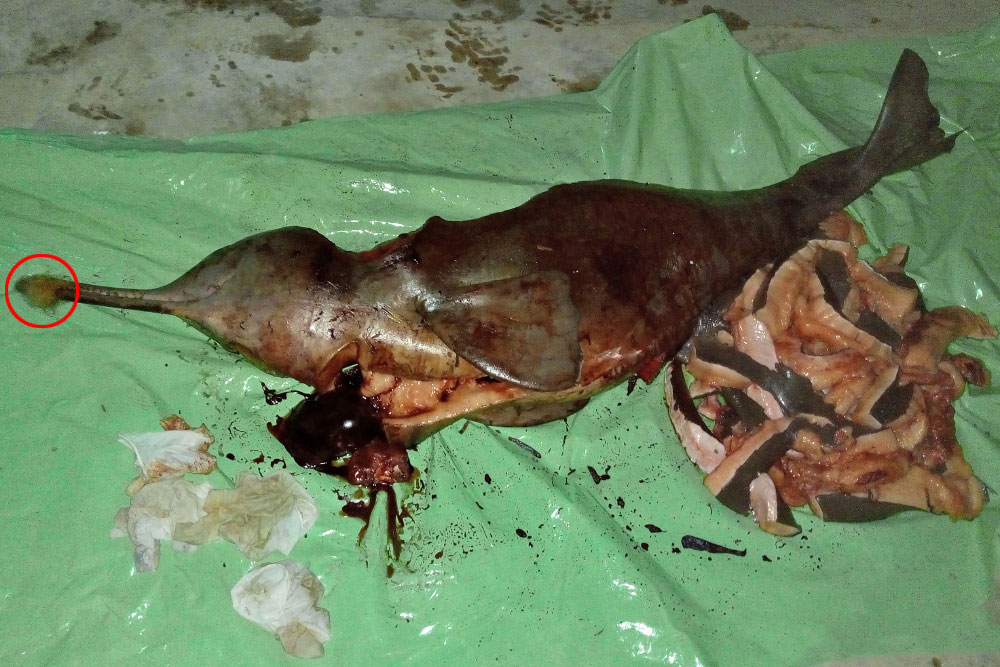 Soumen Bakshi
Note the gillnet entangled in the tip of the rostrum (snout).
Sub-adult dolphin skinned for its blubber fat 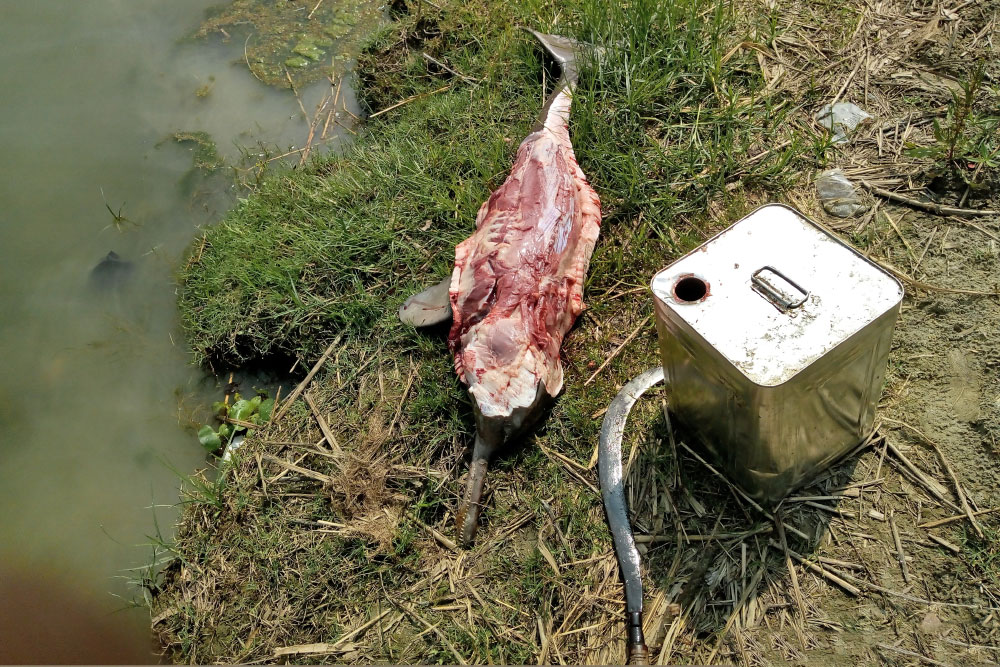 Soumen Bakshi
The tin container used to collect the oil and the sickle used for chopping the animal is also seen.

On the morning of November 3, 2019, I witnessed the bycatch mortality of a sub-adult Ganges River Dolphin (Platanista gangetica gangetica), measuring 2.75′ feet and about 22 kg, in a drift gillnet set for catching fish near Jotkasturi, Panchanandpur, Malda, West Bengal. A Wallago attu catfish was also caught in the gillnet. The fishermen who had landed the dolphin said that it might have got accidentally entangled. Usually, in such cases, fishermen fear penalties being imposed, and are not willing to share much information with outsiders.

Recently, on March 8, 2020, when looking to photograph dolphins, I witnessed another instance of a dolphin being poached in the same Jotkasturi area. That afternoon, I saw a fisherman scaling off a Ganges Dolphin’s skin and body fat with a sharp cutter and putting the parts in a tin container. The poached dolphin was a sub-adult female (measuring 3.33 feet and about 25 kg). I gathered a few local farmers and did not allow the fisherman to leave with the dolphin’s body parts, and took pictures as evidence. I called the DFO Mrs. Anshu Jadhav IFS, asking for help from the Forest Department (Kaliachak-2 Range). The carcass was soon handed over to Range Officer Mr. Dipak Mandal. The doctor who subsequently conducted the post-mortem reported that the dolphin had died from strangulation after getting entangled in the gillnet.

Later we lodged a complaint (FIR) with the Mothabari police station through my NGO Green Peoples India. From the narratives of the two accused fishermen (father and son), it was clear that the dolphin was entangled in their net and then they carried the carcass to a less-visited area to chop the fat and salvage the skin. The killing seemed to be well-planned and with the purpose of using the oil (fat) as fish-bait. They indicated that they wanted to collect the dolphin’s body fat, which accumulates as oil in the container after a few days. They would then use the oil to wet their gillnets to attract and get good catches of the catfish Clupisoma garua, and other species. Locals believe that the dolphin’s oil might be good for relieving body pain. Local poachers are known to deliberately catch dolphins in nets to sell them locally. We have learnt of a few more incidents in the last 10 months from the same area.

There is a strong need for regular monitoring by the Forest Department, take action against such poaching, and prevention of accidental bycatch and mortality of the Ganges River Dolphins, along with regular awareness programs which we plan to conduct also. Without such activities, the decline of this endangered species in West Bengal will continue unabated and put the species at further risk.

I thank Nachiket Kelkar (Member, IUCN Cetacean Specialist Group) for helping me compile the information to write this note.

The Gangetic River Dolphin above and below Farakkha barrage on the Ganges in Bihar and West Bengal are killed intentionally for fat in addition to bycatch mortality in nylon fishing nets and later taken into the illegal blubber trade. The baseline mortality with season (apparently winters) is yet to be determined. This needs a comprehensive species and (fishing) community surveys on an urgent basis to design conservation interventions and bring the issue to the notice of the government.


Soumen is a wildlife photographer, working as a conservationist with Green Peoples India, Malda district, West Bengal. He has been observing India’s national aquatic animal, the Ganges River Dolphin, as part of his regular visits to the area of the Ganga between Rajmahal in Jharkhand to Farakka Barrage in West Bengal. 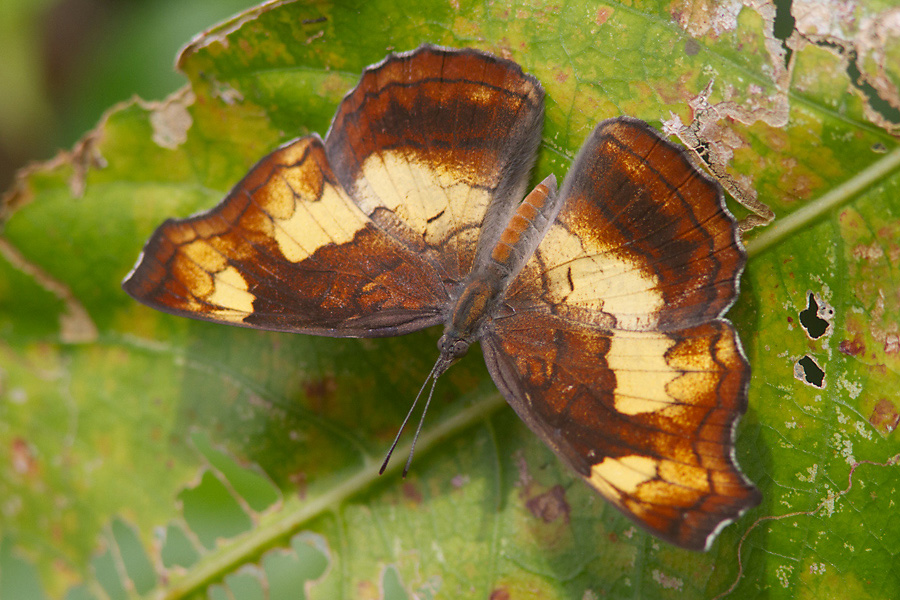