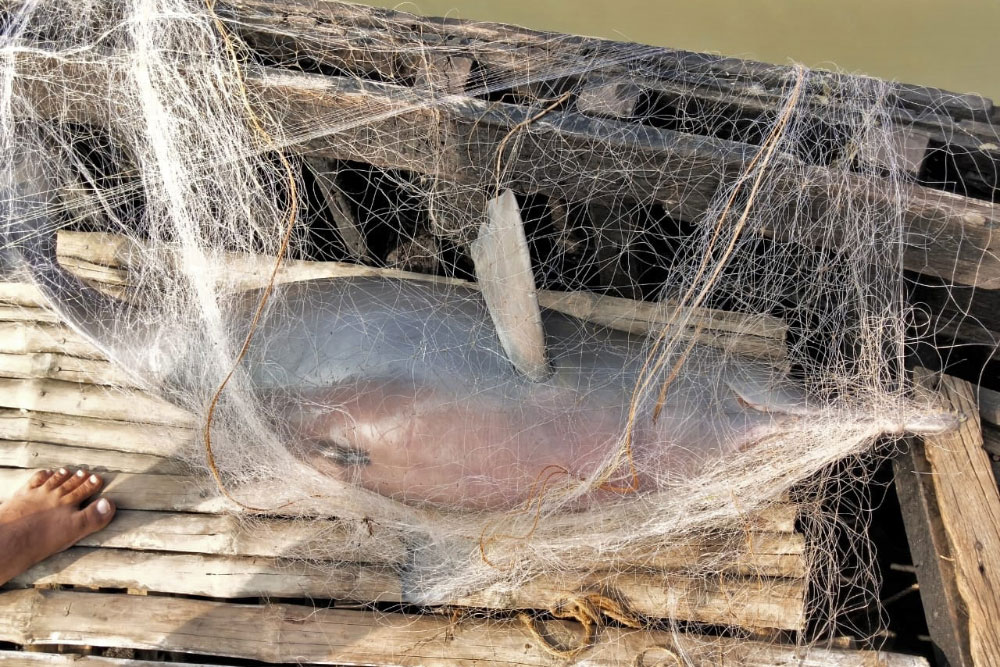 Subhasish Sengputa
Entangled dolphins are immediately killed instead of being released because a dead dolphin is of great value.
Dolphin Oil being sold 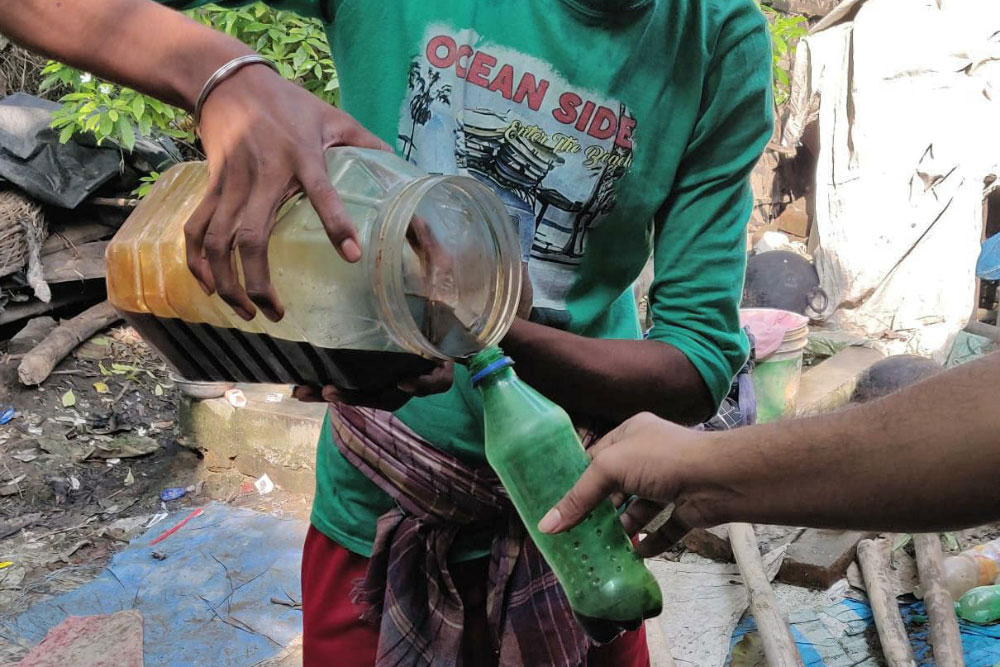 H E A L
Dolphin oil extracted from the blubber is primarily used as fish bait. It also considered to have medicinal properties .

South Asian River Dolphin, also known as Ganges River Dolphin (Platanista Gangetica) is an endangered species found in Ganges-Brahmaputra-Meghna river systems in India and Bangladesh. It is listed as Endangered by IUCN and protected as Schedule I species under the Wildlife (Protection) Act, 1972. It is also the National Aquatic Animal of India and the focus of a number of conservation projects.

Around mid-2019, Human and Environment Alliance League (HEAL), a conservation focused NGO in Kolkata, started receiving news of these dolphins being killed in central West Bengal – particularly in the districts of Murshidabad and Malda. The main motivation seemed to be the extraction of oil, which is prized as very effective fish bait among the large fishing communities settled along Ganges and Hooghly rivers in this district. For the next few months, some of us at HEAL conducted prolonged undercover investigation in this area, and what we unearthed is extensive killing of dolphins and trade in dolphin oil and body parts – the magnitude of which was not known earlier. This is a large scale wildlife crime involving an endangered, Schedule I species that has been happening unchecked for years.

Dolphin oil extracted from the blubber of the animal is primarily used by fishermen as fish bait. It is said that dolphin oil attracts large number of cat-fish (Clupisoma garua), locally known as ’gherua’ or ‘ghera’ fish, making its commercial use very lucrative. The dolphin oil is also considered a cure for joint pain and gout. Killing of dolphins are mostly opportunistic in nature. They often get entangled in large fishing nets. But upon encountering such an animal, they are immediately killed instead of being released because a dead dolphin is of great value. The carcass is usually sold to middlemen (arat dar) who process and distribute it further.

After the dolphin is cut up, the blubber and fat are stored in drums or other containers for a period of time. According to the fishermen and middlemen, it takes a few months for the oil to gain its properties. The older the oil, the better and costlier. Oil that is at least a year old is sold between Rs 1200 to Rs 2000 in this area. In addition to the oil, dolphin meat is also consumed by some and is sold at around Rs 150 – Rs 200 per kg.

The trade happens across state borders and even across international borders. Traders in Malda district often buy dolphin blubber from Bihar (Sahibgung, Udhwa, Rajmahal etc) which they then age in barrels and sell the oil locally. One of the middlemen in Murshidabad with a large stash of oil and body parts stated that he often gets dead dolphins from the fishermen fishing in the Padma river in Bangladesh.

HEAL undertook this investigation for a number of months in late 2019 amongst the fishing communities in Malda and Murshidabad district. The investigation was cut short by the NRC-CAA unrest in the area and then by Covid-19, but the interim report with details of traders and middlemen was handed over to PCCF, Wildlife and Chief Wildlife Warden, West Bengal Forest Department and Wildlife Crime Control Bureau (WCCB). Presently the culprits are being pursued and at least one middleman was arrested on 12th May, 2020.

In addition to immediate arrests of middlemen or traders, several other long term measures could be taken to stop this trade. This includes extensive awareness campaigns in the affected areas, particularly among the large fishing communities residing along the rivers, explaining that it is an illegal and punishable offence to kill or trade in dolphin body parts. Changes in fishing nets and fishing practices in the affected area is necessary in order to reduce entanglement of dolphins in fishing nets. In other states there have been attempts to introduce alternates fish baits, such as oil extracted from Carp. Similar steps need to be taken here as well. Since releasing a dolphin caught in fishing net at times requires cutting the fishing nets, adequate compensation needs to be provided to the fisher folk in such cases. The authorities and non-governmental organizations alike need to put this endangered species at the forefront of their conservation effort. 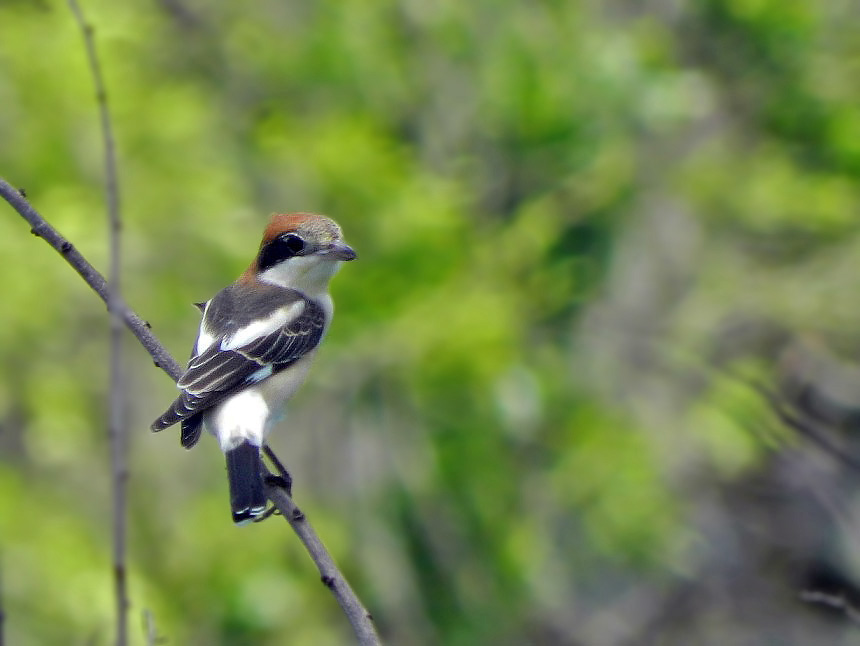