Are Himalayan Black Bears in the North Bengal Foothills a Product of a Bigger Ecological Disaster? 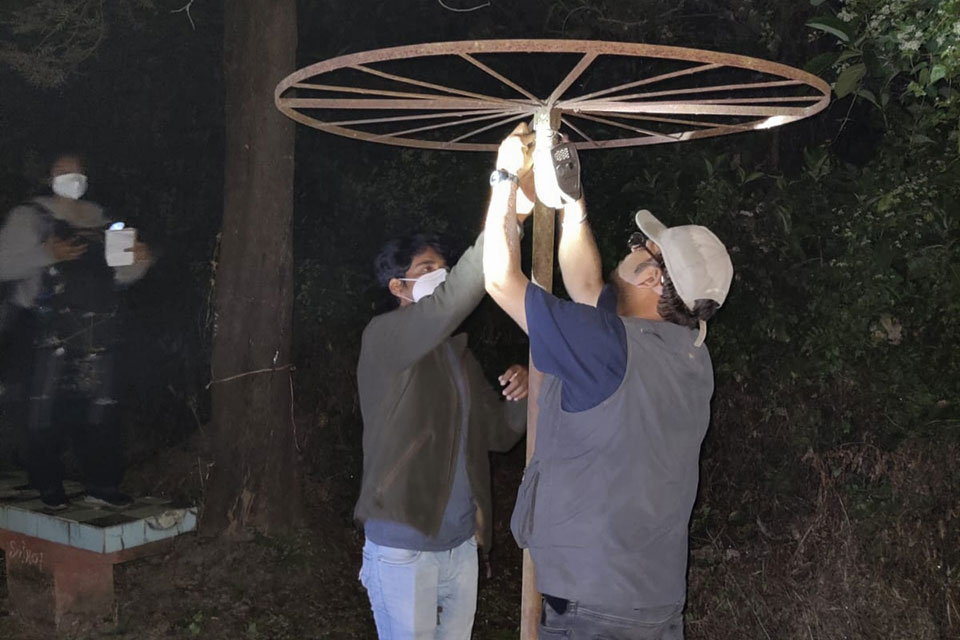 Since November 2021, Himalayan Black Bear (Ursus thibetanus laniger) have been spotted in the foothills of north Bengal, perplexing Forest Department personnel, wildlife biologists, and local inhabitants alike. The species is usually only found at altitudes between 1200-4300m above sea level in tropical, subtropical, and temperate broadleaved and conifer forests of the Himalayas. Ursus thibetanus laniger is easily identified by a cream-coloured, crescent-shaped patch on the chest, earning its other common name, ‘Moon Bear’. It is one of the four bear species found in India, and is a subspecies of the Asiatic black bear (Ursus thibetanus). The Himalayan black bear is found in Jammu and Kashmir, Himachal Pradesh, Uttar Pradesh, Uttarakhand, Sikkim, West Bengal and Arunachal Pradesh, with an estimated population of 7000-9000 individuals. It is listed as Vulnerable on the IUCN Red List, is on Appendix-I in CITES and on Schedule-I of the Wildlife (Protection) Act 1972.

In the late afternoon of 24th November, 2021, a boy encountered a black bear in Matelli Tea Estate in the Jalpaiguri district of West Bengal. Although there are different versions of the incident, it appears that the youth approached the animal to take a selfie and ended up being killed by it. Agitated locals retaliated, killing the bear. Around the same time, Central Armed Police (Sashastra Seema Bal) officers reported chasing away 4-5 Himalayan Black Bears from their Sipchu camp. Thereafter, one was spotted in a tea estate on the outskirts of Alipurduar town, in Nagrakata block, Malbazar town and Duramari, and was rescued and relocated to the nearest habitat by Forest Department officials.

Meanwhile, a cub found in a ceremony house in Mal attracted such a massive crowd that section 144 had to be imposed and police had to resort to a lathi-charge. Another individual spotted in the Goodhope Tea Estate near Malbazar escaped in the dark when a local NGO tried to trap it with a net. Apart from these incidents, bear footprints were reported from Soongachi tea estate, Dhupjhora, Damdim army cantonment and Teesta Udyan in Jalpaiguri town. This volatile situation was exacerbated by misreporting and cooked up stories that spread like wildfire.

Studies on the Himalayan Black Bear are scarce and the few available are mostlty from the western Himalayas. We know that they are naturally diurnal, but can adapt to become nocturnal to avoid interaction with humans. During the winter, depending upon the altitude, and in places where it snows and food is scarce, they hibernate; and where the weather is warmer and food is available through winter, they do not hibernate at all. Adult males can weigh 150-200 kgs and females around 90 kgs. They are omnivorous and feed on berries, grasses, honey, seeds, nuts, invertebrates, birds, fish, and small mammals. Geographic range and seasonal availability determine food habits, which in turn determine movement and home range. They are generally solitary animals. Cubs stay with their mother for about a year and a half before beginning to disperse.

Given our current knowledge of the animal’s distribution, habit and habitat, it is baffling as to how the bears are surviving – or could survive – in the low elevation foothills of north Bengal, where the plant species they are known to forage on are not available. This means that they would have to adopt a high-risk strategy of preying on livestock, crops and other food items found in the households in the region. Currently, Himalayan black bears are regularly camera-trapped by the Forest Department from the forests in Samsing, situated at the bottom of the Neora Valley National Park, where reports of livestock depredation have become an everyday affair. The cub found in Mal Bazar weighed just 25 kgs and must have become separated from the mother. Although the cub has been relocated, it is a matter of concern if it will survive alone in this resource-scarce season. It is to be seen how the situation will unfold with spring approaching and the temperatures rising.

Even though some people have been thrilled and moved by sighting bears here, wildlife biologists and conservation practitioners are concerned about what might be driving the species to the plains. There is some speculation that these bears are coming from the Neora Valley National Park, as it is connected through stretches of forests of Jalpaiguri Territorial Division. But this theory does not explain how and why bears continue to be reported from the city of Alipurduar, situated over 150 km away. Another school of thought suggests that these bears have come down from neighbouring Bhutan. None of these hypotheses can either be confirmed or rejected at present due to lack of objective knowledge.

Neora Valley National Park, a protected forest spread over an area of 159.89 sq km, represents one of the country’s most pristine forests. By virtue of being situated in higher elevations of the Himalayas, Neora Valley has long been untouched and unexplored by humans. The scenario is, however, changing rapidly. Developmental projects are increasingly finding their way into Neora. Situated in the middle of the strategically important ‘chicken neck’ of West Bengal, this region is currently being considered as an important area by the Indian Army to increase their footprint in the Indo-Chinese border. The Border Roads Organization is developing a road network that will pass along the National Park. The newly proposed West Bengal-Sikkim railway network will also come into existence at the expense of the mountain ecology. Beyond India’s boundary, neighbouring Bhutan is also contributing to the destruction of bear habitat, with the development of a massive four-lane highway near the Indo-Bhutan border. They have also started Dolomite mining from the hills, which requires blasting to expose the ore. All of these factors could be contributing to the sudden influx of bears into the plains.

What is urgently needed is a rigorous scientific investigation to ascertain the actual reasons. The Gorumara Wildlife Division, in collaboration with researchers from the Coexistence Project, is soon to undertake a rapid survey in and around Neora Valley National Park to understand the issue and identify potential solutions.