Heights of Success — Snow Leopard Conservation in the High Himalaya 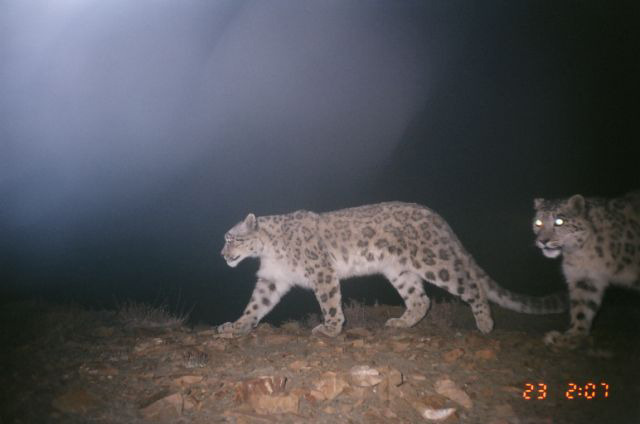 Conservation in these high altitudes has been relatively neglected even though the wildlife here faces a variety of threats:

Although in many areas there has been substantial cultural tolerance for wildlife, this is fast disappearing in the face of development and human–wildlife conflicts. Additionally, protected area management in these high altitudes faces an acute lack of resources, manpower and training. Most existing protected areas do not have a clear boundary demarcation; many are only nominal, and large areas within them are of little biological value. The remaining areas are intensively used for livestock grazing and other forms of resource extraction, even inside National Parks.

The harsh landscape allows few opportunities for alternate livelihood sources for local communities, and it is nearly impossible to create and maintain large, inviolate National Parks. Protected areas in the region lack proper management plans and, in contrast to the tiger and elephant reserves, receive hardly any conservation attention.

Clearly better management plans and land use zonation, and greater resources have to be made available. Wildlife management in the region needs to be made participatory. Given the widespread occurrence of wildlife on common land, and the continued traditional land use within protected areas, it is imperative that wildlife conservation efforts be made participatory both within and outside protected areas. Such a participatory approach needs to be facilitated by traditional administrative bodies such as the village councils.

Against this background, a wildlife conservation policy called Project Snow Leopard (PSL) has been catalyzed by NCF, and involves government and non-governmental stakeholders from the states. The mission is to safeguard India’s unique natural heritage of high altitude wildlife populations and their habitats. The needs and objectives of Project Snow Leopard were drafted at a meeting in early 2004, with contributions from scientists and conservationists, members of the Indian Forest Service, and the local community. The Chief Wildlife Wardens of all the five high altitude states – Arunachal Pradesh, Sikkim, Uttarakhand, Himachal Pradesh, and Jammu and Kashmir – strongly endorsed the effort.

The PSL document inaugurated by the MoEF in January 2009 is a strategy document (see link above to download the document) that stresses on knowledge based, landscape level and participatory management of wildlife in the region, suggesting ways in which this can be achieved with alternate strategies and structures. Under Project Snow Leopard, during the first year, each of the five range states will identify one landscape under the project. Surveys will be conducted to identify multiple ‘cores’ where human use will be minimized, harmonized or completely stopped in a consultative process with the community. The project will include representation from the village cluster-level up to a steering committee at the central-level. At the central level, a Steering Committee chaired by the Additional Director General of Forests (Wildlife) MoEF will help guide the project. Each range state will have a State Snow Leopard Conservation Society that will coordinate work by the Landscape-Level Implementation Committees, which in turn will coordinate work by the Village Wildlife Conservation Committees.

In wildlife habitats where local people live and use natural resources, there is a need to estimate and offset economic costs, and also to make wildlife conservation beneficial to them. This understanding has come alongside the realization that centrally-administered preservationist programs relying entirely on the use of force/law to attain conservation goals have limited applicability in wildlife habitats owned or traditionally used by local communities.

In the Spiti Trans-Himalaya, intensive livestock grazing had out-competed wild herbivores from the rangelands, and this in turn had presumably intensified the levels of livestock predation by snow leopards and wolves. The consequent economic losses suffered by people were considerable, and their resentment occasionally led to persecution of these endangered carnivores.

In 2002, a livestock insurance programme was set up in Kibber village by the NCF; it was designed to share and offset the economic losses that local people were facing due to livestock predation by wild carnivores. Prior to NCFs intervention, the villagers were bearing these costs largely on their own; the existing government compensation scheme was offsetting a mere 3% of the estimated loss, and instead of mitigating the conflict, was leading to greater hostility towards wildlife. The programme also provided financial rewards to herders for better anti-predatory herding. By 2006, the successful programme had expanded into four other villages and in the Gya-Miru village cluster of Ladakh.

As a result of the insurance programme and other efforts, the attitude of people towards wildlife conservation has changed, as seen in the absolute stop in retaliatory killings of large carnivores. Villagers have even warned outsiders hunting wild herbivores that such activities will not be tolerated – a practice that they had sometimes assisted in earlier.

In 1999, the NCF signed an agreement with the Kibber village council, in which the council assigned an area of ca. 500 ha (6% of their regularly used grazing land) free of livestock grazing and human use for a period of five years. Three villagers were employed as guards to prevent free-ranging animals from entering the area, while the council itself ensured that herded livestock were not taken in.

In five years, a three-fold increase in the density of bharal was seen within the Village Reserve. Prior to protection, bharal used this area only in summer, but, within two years of protection, bharal started using the area throughout the year. They have even begun to use the pasture immediately adjoining the village reserve.

Fresh signs of the snow leopard are also found regularly within the village reserve. Camera traps placed at different locations in the reserve have been regularly capturing the identity and movement of the big cats.

The monetary incentive provided for lost grazing has been used by the village council for village development programmes. Courses in spoken English were arranged for the village youth on their request, as a prerequisite to initiating nature tourism programmes in the region that can benefit both people and wildlife.

Encouraged by the response of wildlife to this effort, and by the local peoples’ enthusiasm to partner in such activity, NCF has expanded the programme to two other clusters viz. Lossar and Hikkim-Komic targeting eight more villages within the Upper Spiti Landscape. A Village Reserve has taken shape, where earlier nomadic pastoralists used to graze sheep and goats. This holds a small population of ibex and has snow leopard, red fox, Tibetan wolf and possibly (based on old sightings reported by villagers) dhole or Indian wild dog. Here, the villagers did not want an insurance programme since their herding efforts are adequate to avoid big losses. In the second cluster, a livestock insurance scheme has been implemented since 2010 in which about 20 families from Hikkim, Langcha and Komic villages have joined. NCF also managed to negotiate a unique ‘floating reserve’ with the involvement of traditional herders of Gya-Miru region where an insurance scheme is already in operation. An agreement was signed with all the herders to set up this reserve in Tsaba catchment – a crucial winter and spring habitat of the globally threatened Tibetan argali (the largest wild sheep of the world). Preferring to get compensated in the form of solar lanterns (and not cash, which we’d suggested! Lanterns have been provided to all…), the herders have agreed to keep their livestock and especially, the herding/guarding dogs away from foraging argali and create a reserve in a spatio-temporal manner. They have also been given binoculars with which they keep an eye on the argali and supply data on movements and population structure. In its first year, it has been successfully implemented.

The Himachal Pradesh Forest Department asked NCF to help them prepare a management plan for the identified PSL landscape, the Upper Spiti Landscape, which included the whole of the Kibber Wildlife Sanctuary (totaling c. 3000 sq.km). This was a unique opportunity to put into practice the strategy and concepts talked about in the PSL document. This management plan was prepared and was officially accepted in October 2011, and is based on NCFs longterm research in the landscape, some targetted research done for purpose of this planning and numerous consultations with villagers and officials. The plan has priorotized 15 sites as the ‘core landscape units’, assessed threats, stated a vision and goal for conservation in the landscape, derieved objectives and related innovative, and mostly multipronged activities, investment in research and capacity, and suggested structures that need to be put into place for effective implementation. These should ensure effective participatory planning and cooperation.

An important aspect of this Plan is that it recognizes not only the local communities, but other Government departments and agencies as partners that can work with convergence of conservation goals and can help with avoidance of damaging activities. The landscape level committee is expected to provide this forum. 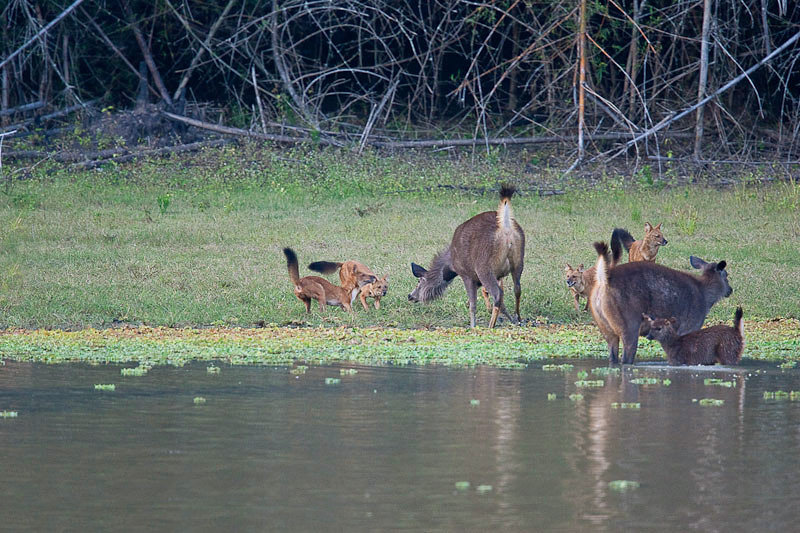