Mangalajodi — A Village Of Bird Protectors In Orissa 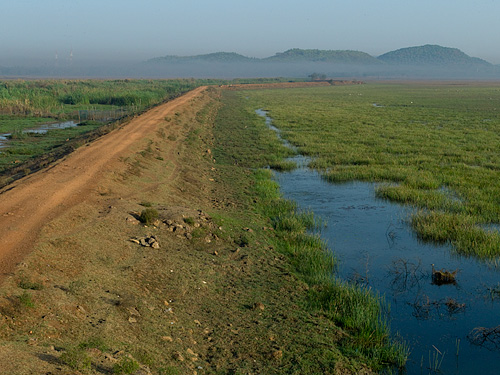 How do you convert a village of hardened poachers into committed conservationists? Read on to find out.

Mangalajodi village is situated on the banks of Chilika lake in Odisha (formerly Orissa). Chilika Lake is a brackish water lake, with lagoonal characteristics, spread over the Puri, Khurda and Ganjam districts of Orissa state on the east coast of India. It is Asia’s largest brackish water lake. It is the largest wintering ground for migratory birds in the Indian subcontinent. The lake is home to a number of threatened species of plants and animals. The lake is an ecosystem with large fishery resources. It sustains more than 150,000 fisher–folk living in 132 villages on the shore and islands.

The lagoon hosts over 160 species of birds in the peak migratory season. Birds from as far as the Caspian Sea, Lake Baikal, Aral Sea and other remote parts of Russia, Kirghiz steppes of Mongolia, Central and southeast Asia, Ladakh and Himalayas winter here. These birds travel great distances, possibly up to 12,000 km, to reach the lagoon. It is a freshwater zone with marshes, reed beds and rich birdlife. What sets Mangalajodi apart is that every winter thousands of migratory waterfowl descend upon its marshes, transforming the area into a carnival as they jostle about with resident birds.

Up until the mid-90s, this winter carnival was often rudely interrupted by humans. As night fell on the noisy bird colonies, the sleepy villages surrounding the marsh would wake up. Dark shapes would lurk, gliding in canoes, crushing water-lily pods and lacing them with the deadly poison, Furatin. When dawn broke, hundreds of the birds would feast unknowingly on the deadly pods… canoe-loads of dead birds would thus be ready for meat markets far and near.

Killing birds happens to be an ancient ritual in Chilika, as old as its moonlit winters and flocks of birds. Nets, traps, guns—all have been used. Bird meat is a local delicacy and is regularly sold in the open market at rates varying from Rs. 20 to Rs. 60, depending on the species and the method of killing. A proficient poacher once earned Rs. 10,000 to Rs. 40,000 annually in the mid-90s—a profitable proposition hard to let go! Local sentiment coupled with political involvement meant that wildlife officials had little or no say in the killing.

That was until Furatin poisoning became the weapon of choice and birds began being killed in monstrous numbers. Wild Orissa, a non-government organisation, noticed the decline and decided to do something. In 1997, Wild Orissa began its mission in Mangalajodi, a village entrenched in the poaching habit and clearly the biggest challenge in the area. The first step was to meet the villagers and begin the slow process of trust-building. Wild Orissa’s Nandakishore Bhujabal led the initiative and began by listening to the villagers, discussing their sorrows and joys, forging friendships, and, in time, he was being trusted and respected as a benevolent patriarch by the hardened poachers. What Mangaljodi needed, Bhujabal decided, was a behaviour change. They needed to know the effects of their actions on the ecosystem around them.

He began to use cultural and ethical arguments when debating with the villagers. Over time, the poachers melted, and yielded. The prospects of a respectable lifestyle, where they weren’t treated like thieves and earned a legitimate income from ecotourism appealed to them. More than anything, the respect their new way of life gave them was a huge emotional victory. Working with the former poachers, Wild Orissa studied the dynamics of the trade. By 2000, in just three years, a bird protection committee – Sri Sri Mahavir Pakshi Suraksha Samiti – was created. The efforts of the activists received a huge push when Kishore Behera, a large-scale poacher, gave up arms and joined the Samiti. Soon, several other poachers followed his lead. Poaching supply lines were hit, resources dried up, and information on continued poaching attempts became accessible. Behera’s conversion was also a shot in the arm for the credibility of the bird protection body.

The Chilika Development Authority recognised these efforts by adopting direct action programmes with the Samiti to accelerate change. Members of the Samiti have grown from the original 6–7 to about 25. They patrol the wetland along its creeks and bunds, especially at night. They keep an almost constant count of what they see (including nests and eggs in season). They have even set up four guard camps and apprehend poachers operating in the waters, based on prior information.

The Samiti functions like a well-oiled organisation, holding regular meetings within the Samiti as well as with forest staff of their wildlife range, seeking involvement from the Chief Wildlife Warden, Irrigation Department, Chilika Development Authority, etc, on various issues. They co-ordinate meetings with visiting scientists and biologists who visit the area for research. They have also started educating school children who take excursions to the bird breeding habitats.

All of these strategies, say the Samiti members, are much more effective than the camps by the Forest Department. Some foresters agree that were it not for the villagers, protection would be impossible.
The Samiti has begun a fledgling ecotourism initiative; Wild Orissa has trained some youth as birding guides, while Chilika Development Authority has funded a watchtower and visitors’ centre. But, is the income from this adequate to meet their livelihoods? What about the future?

The Samiti is uncertain and needs help in increasing footfalls from genuine bird lovers. They are also aware, however, that mass tourism could destroy the area and that breeding, specifically, needs to be cocooned from human interference. To promote genuine ecotourism in the area, some steps have been put forward:

For the time being, the Samiti’s efforts have harvested the near-impossible — It has almost completely eliminated bird poaching in Mangalajodi, and It has converted seasoned poachers into die-hard conservationists.

Aditya Panda
Aditya Panda is a wildlife conservationist and photographer based in Orissa. He works with the NGO Wild Orissa and is the Assistant Editor of TigerLink. He received the ABN AMRO-Sanctuary Asia Young Naturalist Award in 2007 and the Carl Zeiss Award for Wildlife Conservation in 2010.
TAGS:
Chilikaconservation campaignsMahavir Pakshi Suraksha SamitiMangalajodiOrissa / Odishapoaching / huntingwaterfowl poachingwetlandswildlife crimewildlife tourism 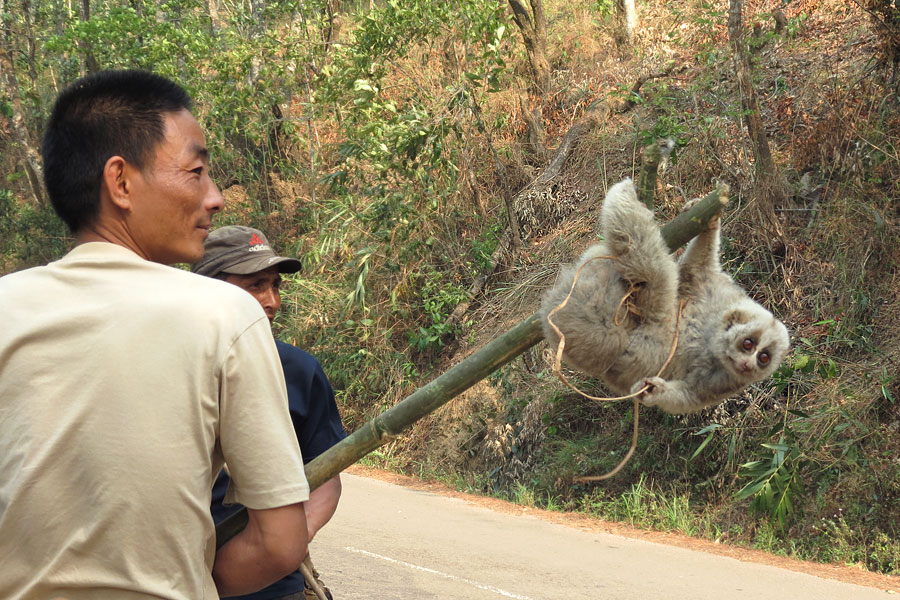