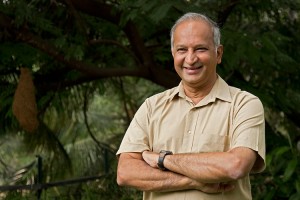 Although originally trained as a mechanical engineer at the National Institute of Technology, Karnataka, Dr. Ullas Karanth (1948-) was fascinated by wildlife since childhood. He founded the Centre for Wildlife Studies (CWS) in 1984 to actively engage with conservation. Inspired by Dr. George Schaller of WCS, Ullas Karanth decided to become a professionally-trained wildlife biologist, thereafter obtaining his Masters degree from the University of Florida (1988) and Doctorate from Mangalore University (1993). He was selected by Dr. Schaller to establish its India Program in 1988, where he continued to work as a Senior Conservation Scientist until 2018. Dr. Karanth has adjunct teaching faculty status at NCBS-TIFR, Bangalore and at the Departments of Wildlife Biology, at the University of Florida and University of Minnesota, besides guiding doctoral candidates at Manipal University, Karnataka.

Dr. Karanth has published over 150 scientific articles including in prestigious journals such as Science, Proceedings of the National Academy of Sciences, USA, Ecology, Journal of Applied Ecology, Ecological Applications, Journal of Animal Ecology, PLOS Biology, Journal of Zoology, Journal of Tropical Ecology, Conservation Biology, Biological Conservation, Oryx as well as scientific books published by the presses at Oxford, Cambridge, Columbia, Elsevier, Springer and Island Press. He has authored the books The Way of the Tiger (2001) and A view from the Machan (2006) and co-edited Monitoring Tigers and their Prey (2002), Camera traps in Animal Ecology (2010) and Methods for Monitoring Tiger and Prey Populations (2017). He has written over 100 popular articles in English as well as popular articles and 3 books in Kannada. He has served on the editorial board of Oryx, PLOSone, and Journal of Applied Ecology. He is member of the IUCN/SSC specialist groups on Cats, Elephants, Wild Cattle, Bears and Small Carnivores. He was the co-founder of the multi-institutional graduate level academic program in Wildlife Biology and Conservation at NCBS-TIFR Bangalore. He has served as a member of the Indian Government's Forest Advisory Committee, National Tiger Conservation Authority and the Governing council of the Wildlife Institute of India, and Karnataka Government's Wildlife Advisory Board. Dr. Karanth was a Vice-President of the Bombay Natural History Society and advises to several conservation advocacy groups in India. Karanth’s work has been extensively featured in world's media including Nature, New York Times, National Geographic, BBC, CNN, Discovery, Animal Planet etc.

He won the Rajyaprashashti of the Karnataka Government in 2010 and the Presidential National Civilian Honor Padmashri in 2011.

Dr. Karanth was elected a member of the Indian Academy of Sciences in 2008.

Son of the acclaimed Kannada writer Kota Shivarama Karanth, Dr. Ullas Karanth is married to Dr. Prathibha Karanth, Professor of Speech Pathology with whom he lives in Bangalore. Their daughter Dr. Krithi Karanth is the Chief Conservation Scientist at Centre for Wildlife Studies.

How the tiger can regain its stripes

Increased Poaching During Lockdown, Not the Virus, is the New Threat to Tigers

Incident of a Man-Eating Tiger in Nagarahole, Karnataka

Disease is Not the Most Urgent Threat to Wild Tigers

The Tourist Isn’t An Endangered Animal

Lessons from Voluntary Resettlement in the Western Ghats

Review of the Tiger Task Force report, 2005 — Joining the Dots but Losing the Cats?

Why the ‘Pugmark Census’ Used to Monitor Tiger Populations Failed

Are Indian Tigers Key To Saving The Species? 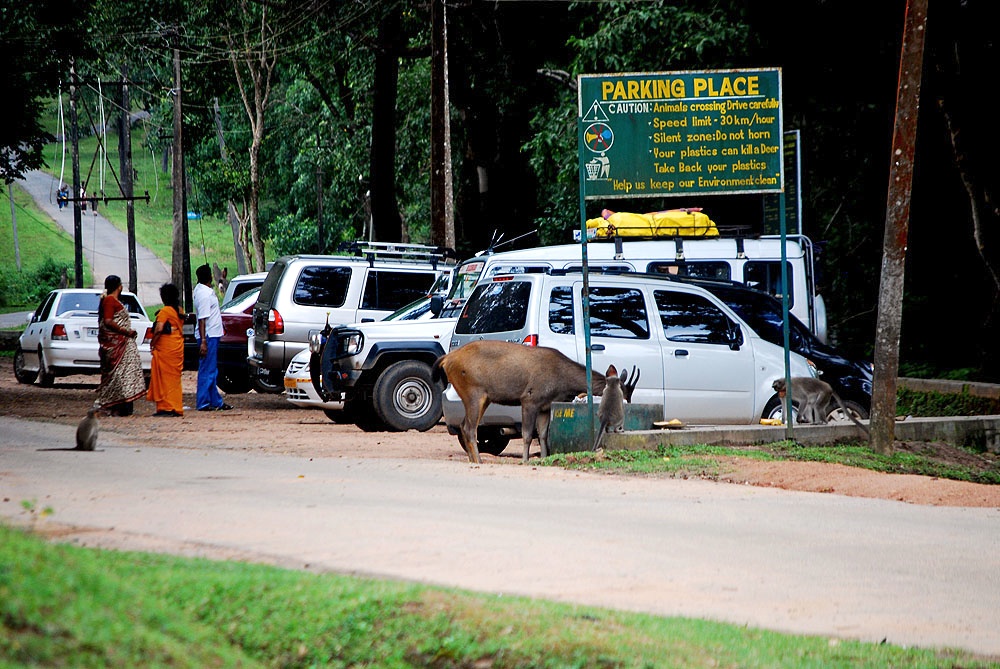 We define conservation as knowledge-driven actions that lead to the effective management and recovery of wildlife. That means giving priority to meeting the ecological needs of wildlife populations in decline, and to the recovery and expansion of their habitats.
Read more »