Lessons from Voluntary Resettlement in the Western Ghats 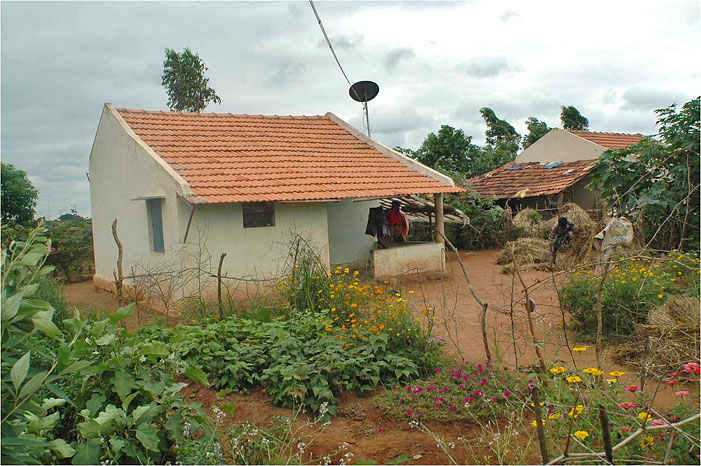 Forests in the Western Ghats occur as fragmented strips within a larger landscape matrix of crops and tree plantations. Reserves in the Ghats cover only twelve per cent of total area and the average reserve size is 243 sq km; the fourteen legally protected areas in the Ghats cover a total of only 6400 sq km.

This region has a history of human occupation by aboriginal groups going back 50,000 years. The seasonal heavy rainfall, temperature, and fertile soils promoted settled rice agriculture. From historical records, we know that shifting settlements of people were common.

In the early 1860s, British administrators established full political control over the region and created ‘reserved forests’ to ensure sustained timber supplies, halting the massive conversion of forests to agricultural land. These forests became the network of nature reserves a century later. As human populations increased, slow encroachments by homesteads into the reserved forests were legally sanctioned. In the late nineteenth century, commercial coffee plantations replaced some of the upland forests.

Post-independence, several land grant incentives and the national policy to ‘grow more food’ encouraged more people to move into the forests. The emergence of the paper and plywood industry in the 1950s created a demand for bamboo and softwoods. Forestry policies increased logging in interior areas and encouraged migrant labourers to move in and cultivate in these areas. Hunting of wildlife also increased in scale, intensity, and impact due to availability of firearms and improved road and motorized access.

During the 1950–60s, the Karnataka government’s unwritten policy was to ignore illegal encroachment on forestlands and the Forest Department had legal power to ‘regularize’ such encroachments. This was liberally employed for electoral gains and cultivators from farming castes and migrant labourers with political backing became landowners. Tribal groups tended to move around rather than settle down to cultivate land. Nevertheless, tribal inhabitants were granted large areas of government-owned ‘revenue’ land outside the reserved forests. Being ill-equipped to establish themselves agriculturally, much of the land given to them was taken over by higher caste groups through money or coercion and thereafter the tribal people became ‘forest encroachers’.

The enactment of strong wildlife protection laws in the 1970s ended the ‘regularization’ of forest encroachments. Officials in charge of nature reserves became accountable for recovering ‘encroached areas’. This led to many cases of forced evictions or coercive displacements. Encroachers challenged evictions through support of local politicians and through interventions of local courts. However, the Forest Conservation Act of 1980 made it legally impossible for forest encroachers to get titles.

Until the 1960s, peasants as well as tribal people cultivated rice in low-lying areas in Nagarahole. In the 1970s, most non-tribal cultivators were evicted from the reserve and given land outside it. With increasing restrictions, agriculture became impossible inside Nagarahole. Consequently, tribal people gave up agriculture and moved into larger settlements within the forests. Their chief sources of livelihood came from intensified logging and plantation work within forests, employment in coffee plantations outside, and illegal hunting and collection of forest products. In the 1980s, logging was reduced and employment opportunities inside forests shrank.

The first impetus for voluntary resettlement came in 1991 when a group of tribal people met the chief minister of Karnataka and demanded services like agricultural land, roads, hospitals, and schools inside the park. In a series of meetings that followed, a consensus was reached and they agree to relocate and resettle in areas outside the reserve and be compensated. Resistance from some people, and presence of advocacy groups supporting both factions, meant the resettlement work progressed slowly and only about 50 families moved out in 1997. Gradually, the perception of resettlement among local people changed. By 2006, more than 250 families had moved out into the resettlement colony. There appears to be an increasing preference among the 1,300 families still living inside the reserve for an acceptable compensatory package.

The Bhadra reservoir isolated settlements in the sanctuary, limiting infrastructure development. In the ’70s, some villagers in the most inaccessible locations began pleading with political leaders and officials for resettlement. In the late ’80s, a preliminary survey of households eligible for resettlement was conducted, and in 1998, the project began (see article on this here). By 2002, all 419 families from 11 villages moved to the two resettlement villages.

In 1987, based on the discovery of a large population of the endemic lion-tailed macaque, Kudremukh was earmarked for protected areas status. The notification process increased anxiety among the 40 legal settlements in the area – largely due to insensitivity on the part of forest officials. Subsequently, there were sharp divisions among them on the issue of resettlement; a substantial number were willing to relocate in exchange for an adequate resettlement package, while others demanded total de-gazetting of the nature reserve. The government has announced a resettlement package (without any committed funding) and has promised to relax conservation laws to permit more ‘development’ in the settlements. Given this uncertain political context, conservation groups have tested privately-funded voluntary resettlement efforts, since a government sponsored full-scale resettlement effort would involve entire villages and take years to materialize. Therefore, the NGOs have focused on identifying smaller settlements located deep in the reserve whose relocation would successfully consolidate large blocks of wildlife habitat. Negotiations began with eight families. After identifying suitable alternate agricultural land at locations of their choice, these families were financially compensated, and voluntarily moved out in 2003. Such low-key efforts have subsequently progressed with more families who volunteered to resettle in 2006.

Click here to see the original article first published as ‘Free to Move: Conservation and Voluntary Resettlements in the Western Ghats of Karnataka’ by K. Ullas Karanth and Krithi K. Karanth in Protected areas and human displacement: a conservation perspective, WCS, April 2007. 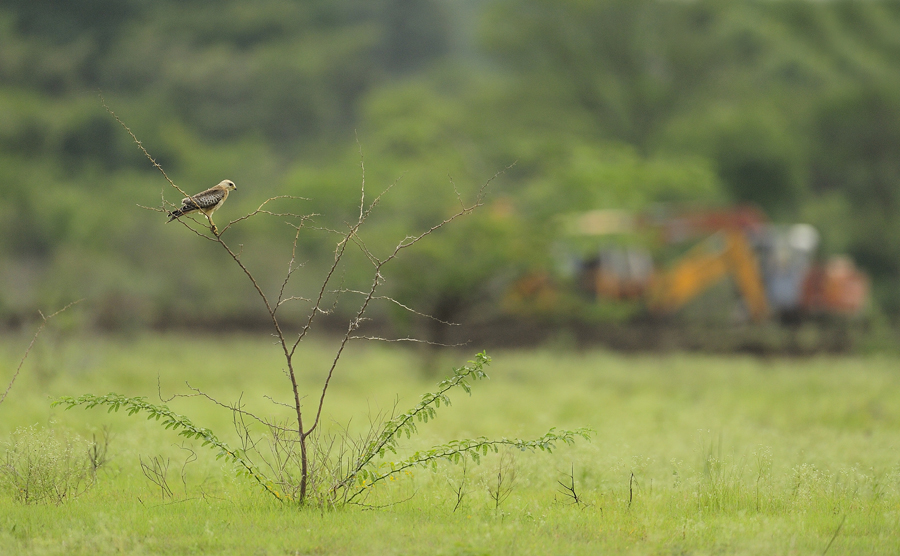