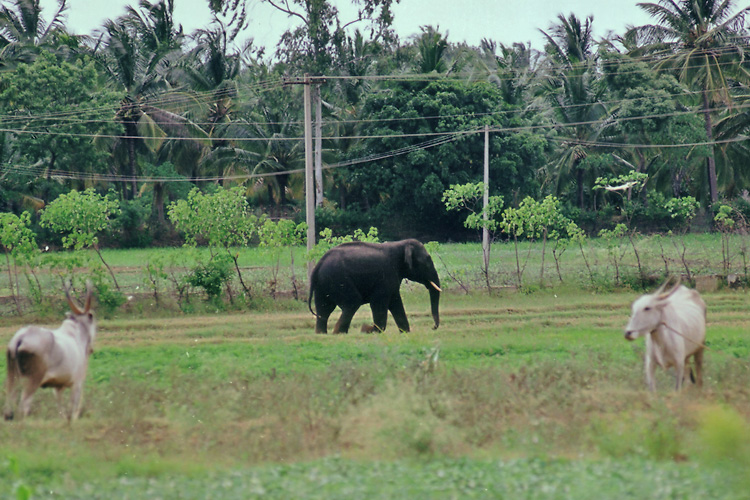 Sanjay Gubbi
Every year, 40 - 50 elephants are killed while crop-raiding.

In our densely populated subcontinent, elephants and people have had to increasingly share land and resources, leading to frequent and often fatal conflict. How can the government resolve this problem? Janaki Lenin and Raman Sukumar recently submitted a lengthy report on the issue. Here is a gist of the report.

A few facts about elephants in India:

Losses are heavy on both sides. Forests are destroyed by villagers in the belief that it will prevent the animals from using the area, leaving the elephants caught in the pincer grip of habitat fragmentation and retaliation. The conflicts tend to marginalize an already impoverished group -farmers with small holdings cannot withstand the risks posed by the conflict, and in some extreme cases they have even been forced to abandon their farms.

Short-term measures to deal with the conflict

The interface between intensifying agriculture and diminishing elephant range is where most conflict occurs. Most current solutions apply short-term conflict mitigation in these areas and achieve only limited success.

Traditional methods like prayer, noise (shouting, beating drums, burning bamboo, bursting fire crackers), light (fire at entry points to fields, powerful spotlights), and missiles (stones, spears). Machans or huts at ground-level are used as look-outs and manned by individual farmers or groups guarding several fields cooperatively. Studies have shown that such tactics have helped reduce crop loss significantly, however, farmers have to stay up awake over several consecutive nights, which limits its viability on a continuous basis. People also endanger their lives by getting too close to elephants or directly confronting them.

Barriers and fences to keep out elephants

Well-maintained barriers serve to keep elephants away from farmland but may direct them to unprotected adjacent villages. Fences and trenches are made ineffective by people who need access to forests.

Badly planned barriers – that do not take elephant behaviour and use of landscape into consideration – can be just as bad as obstructions such as highways, railroads or canals. An example of a badly planned barrier — denying elephants access to a critical water source or foraging area. In Bandipur, a trench separates the Reserve Forest from the National Park and there are elephants on both sides. Instead of excluding elephants from the human landscape, the barrier prevents them from moving between forests. The West Bengal Forest Department installed a 70 km electric fence to stop the elephants from Dalma Wildlife Sanctuary (Bihar) from crossing the state boundary. When the elephants began to damage crops in Bihar, the local people secretly cut the fence.

Bio-fences such as agave and cacti have been found to be ineffective. Providing alternate forage sources by planting food trees and bamboo over large areas is time consuming and also impractical. In Jaldapara Wildlife Sanctuary, bamboo and fodder grass planted by the Forest Department succeeded in encouraging the elephants to stay within the park—however, the efforts were frustrated by villagers who grazed their livestock, illegally collected firewood, fodder, and caused wild fires.

Chilli and tobacco-laced fences seem to be more effective in low rainfall areas and in deterring elephant herds more than bulls. Such chemical deterrents should be used as a novel weapon just prior to crop harvest (when damage typically peaks) in order to prevent the animals from getting used to it.

The Forest Departments aid villagers by removing elephants perceived to be dangerous, either by capture, translocation or killing. But reducing elephant populations appears to have little effect on conflict. The northeastern area of Kodagu (Karnataka) has very little forests left and a low estimated elephant density, yet it suffered more conflict than the rest of the district. In Assam, while the elephant population is decreasing, conflict is escalating. Conversely, the Nilgiri Biosphere Reserve has very high elephant densities but crop loss was considered low.

Most long-term measures require humans to modify their behaviour. Current and future land-use plans need to accommodate elephants. To be successful, a national policy, with a budget to implement it, is needed. Since habitat loss, degradation and fragmentation are the root causes of the problem, they need to be addressed to provide long-term solution to conflict.

Besides seeking to alter elephant behavior, conflict mitigation also requires an increase in local people’s tolerance to damage. Although the perception of conflict is dependent on the farmer’s vulnerability and risk acceptance, this has not been addressed adequately by social science research. For instance, wealth reduces the vulnerability of a farmer to loss, yet sometimes, it is the richer ones (growing cash crops) who are the least tolerant of conflict.

Conflict mitigation cannot be solved by the Forest Department alone; it requires multidisciplinary collaborations between the Department of Agriculture, insurance companies, land-use planners, biologists and the Forest Department. The implementation of these methods requires a long timeframe as well as, very importantly, political will.

It is essential that elephant–human conflict mitigation becomes an integral part of the national elephant conservation policy. Currently there is an inordinate stress on conflict mitigation measures such as erecting electric fences, while little is done to consolidate elephant habitat or formulate land-use plans.

Trans-border cooperation is needed to manage elephant populations across India’s international borders with Nepal, Bhutan and Bangladesh. Development of a rigorous decision-making framework will require the participation of social scientists and economists.

In several areas, it is small isolated populations of elephants causing conflict. They are sinks for conservation resources and may provide no long-term benefits for the species – conservation action plans for populations based on their long-term viability is a necessity.

There is a need for a clear policy and strategic planning. The current approach to dealing with conflict is largely ad hoc, and predisposed to failure because of inappropriate application of methods, lack of involvement of local people, lack of monitoring of conflict and conflict mitigation measures, and inadequate understanding of elephant ecology in deploying mitigation strategies. In the absence of policy, there is an inordinate focus on the symptoms rather than the causes of the problem. No single solution is effective and different approaches need to be integrated to address the problem proactively. 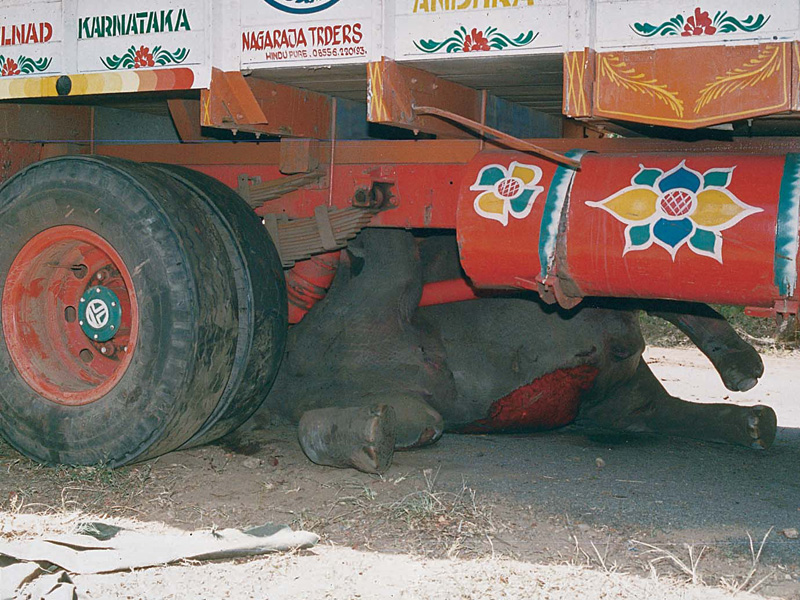