Whose Forest Is It Anyway? 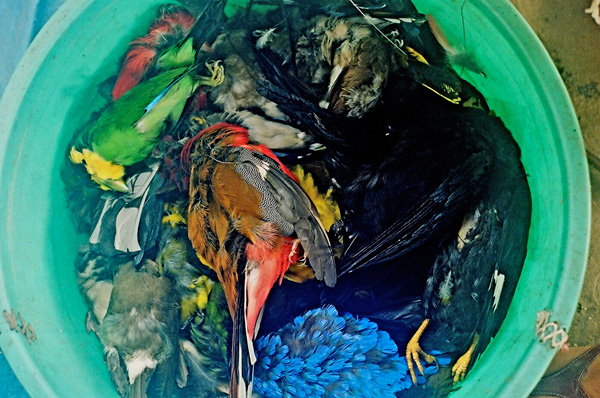 Dustyfoot Productions
In the North-East, while the forest seems devoid of wildlife, what you see in the markets is an indicator of what still remains.

While there has been a huge uproar over the auctioning of the 2G spectrum at throwaway prices to private corporations, a far more valuable asset of the nation, biodiversity, is to be handed over to thousands of Grama Sabhas for virtually unregulated and limitless exploitation. This is one of the key recommendations of the Saxena Committee, which was tasked with suggesting ways to strengthen the implementation of The Scheduled Tribes and Other Traditional Forest Dwellers (Recognition of Forest Rights) Act, 2006 (FRA).

The FRA, which was enacted during UPA 1, continues to be the subject of fierce debate. On one hand are those who insist that millions of forest dwellers should be allowed to exploit all forests, including Protected Areas (PAs) such as National Parks and Sanctuaries, for their livelihood; and, on the other, those who argue, on the basis of empirical and scientific evidence, that extractive exploitation within our small PAs cannot be ecologically sustainable at current human population densities, especially when linked to national and international markets.

Of deep concern are two drastic measures recommended by the committee. First, it proposes democratization of forest governance by dismantling state protection and progressively handing over the management of India’s forests to Grama Sabhas. Second, it favours adoption of market-friendly policies and de-regulation of Non-Timber Forest Products (NTFP) to facilitate their trade. The majority opinion of the Committee appears to be that local stakeholders will have the innate wisdom and restraint to ‘sustainably’ exploit forest products while ensuring the preservation of natural ecosystems and endangered species.

The troubling fact about this politically correct ‘sustainable use of forests’ theory is that no one knows exactly how much resource extraction is ecologically sustainable. While it is imperative that we redress injustices done to impoverished forest dwellers, it is vital that we do not perpetuate injustices to wildlife, which do not have either a voice or a vote. Today, India’ s National Parks and Sanctuaries are the last refuges where endangered species have some degree of security. Rampant, market-driven exploitation of forest products in these ecologically sensitive hotspots of biodiversity can adversely affect the delicate balance of nature. A tiger that requires 3000 kg of live prey a year needs a healthy herbivore population for its survival, which is only possible in a healthy habitat; an adult elephant needs about 250 kg of fodder a day to fill its cavernous stomach. What level of human extraction of forest products is ‘sustainable’ to these species?
Scientific studies have shown that most species of large wildlife decline and disappear when they have to compete with high-density human populations. Even in the vast forests of the Amazon, human-wildlife coexistence works only where traditional forest dwellers live at low densities with no links to outside markets. In the Indian context, where forests have shrunk drastically, and turned into tiny islands amidst a sea of humanity, it would be suicidal to dismantle State protection for our Protected Areas.

It is well documented that the forests of India’s North-East, which have largely been under the control of autonomous tribal councils, are suffering from severe faunal impoverishment, also known as the ‘empty forest syndrome’. As starkly revealed in the documentary film, ‘The Wild Meat Trail’, by Rita Banerjee and Shilpi Sharma, many tribal communities that have enough cultivable land and livestock to meet their nutritional needs, are relentlessly exterminating wildlife from their community forests by shooting, trapping, and snaring every creature, from the smallest to the largest, for cash; the majority of this illegal wild meat is sold in local markets that cater to consumers from neighbouring towns and villages, for whom wildlife meat is a delicacy.

In contrast, many wildlife reserves across the country, where the protectionist paradigm has been in place since the 70s, such as Corbett, Kanha, Kaziranga and Bandipur, support some of the highest wildlife densities in the world. This is not to say that all is well with the system of forest management in India. The tiger extinctions in Sariska and Panna, and many other failures, leave us in no doubt that forest governance is in dire need of sweeping reforms and a change in authoritarian mindsets. But the remedies proposed by the Saxena Committee may end up being worse than the maladies it is ostensibly setting out to cure.

Today there are about 600 Protected Areas in India – an impressive sounding figure, until you realize that all these put together constitute just around 3-4 % of our total land area. Yet, this tiny proportion of our country holds the key to the survival of its billion people. Our mountains, rivers, wetlands and, above all, forests, provide innumerable ecosystem services that we take for granted, but without which life, or economic progress, would be virtually impossible. These are irreplaceable ecological treasures that must be regarded as sacrosanct.

Granting land and community rights even within Protected Areas to growing populations of forest dwellers engaged in raising crops and livestock, and commercial collection of forest products for insatiable markets, is a retrograde step. It is a matter of record that since India’s independence, vast areas of wildlife-rich grasslands and wooded areas under the control of local communities have been decimated. While the consequences of mining and dams in forested landscapes are clearly visible, the insidious destruction caused by millions of people extracting forest products remains largely unseen. The truth is, this is like a cancer that is eating away our forests from within.

Earlier high-level committees and Government bodies, including the Tiger Task Force, the National Wildlife Action Plan, National Forest Commission, National Biodiversity Strategy and Action Plan, the Elephant Task Force, the National Tiger Conservation Authority and the Wildlife Institute of India, have all pointed out the need for retaining up to 4 percent of India free from incompatible human uses to sustain and strengthen biodiversity conservation. This provides a reasonable ‘common minimum agenda’ to secure some critical landscapes that have already been identified by these expert committees on the basis of scientific data. With a planetary ecological crisis looming, only wise stewardship of our natural ecosystems can buffer India from the impacts of climate change. Biodiversity conservation is not a luxury but a vital necessity.

It is therefore imperative that we insulate at least the 3- 4 % of India comprising PAs from all incompatible and extractive uses, while allowing scientifically monitored multiple use of other categories of forests. Equally important, we must redress past injustices to forest dwellers through forward-looking policies that will enable many to join the mainstream and improve their own lives and those of their children. It is a sorry testament to land reforms and governance that we are still advocating apportioning forestland to people in an ad hoc manner, despite the fact that this will not solve any of their problems in the long run. Such a ‘solution’ may assuage our middle class guilt, but will it really help either forest dwellers or the nation? What will happen when, a few decades hence, human populations inside forests have increased, resources have been depleted and habitats have been degraded beyond redemption?

What forest dwellers require is not a marginal improvement of their status quo but a set of proactive solutions that will provide real emancipation; such as fair resettlement outside Protected Areas, education, micro finance, vocational training and new livelihood options that can get them out of their dependence on forests.

Social justice, development and conservation are not necessarily mutually exclusive. It is a matter of setting the right priorities and long-term goals – where to develop, where to conserve and how to deliver social justice. It is possible to achieve all three goals, but only if we dispassionately analyze policies that have succeeded and further strengthen them on the basis of the best ecological and social science.
Handing over our national ecological assets to untested and legally non-accountable Grama Sabhas in the hope that they will nurture them is a utopian gamble that we can ill afford. Such a move, and the unregulated exploitation that will follow, will wipe away all the hard earned conservation gains of the past few decades and severely endanger India’s ecological security. Instead of trying to turn the clock back on the historic injustices perpetrated by the British on forest dwelling communities, the government must leapfrog ahead and take innovative decisions that are rooted in the realities of modern India.

(The writers were members of the National Board for Wildlife from 2007 to 2010). 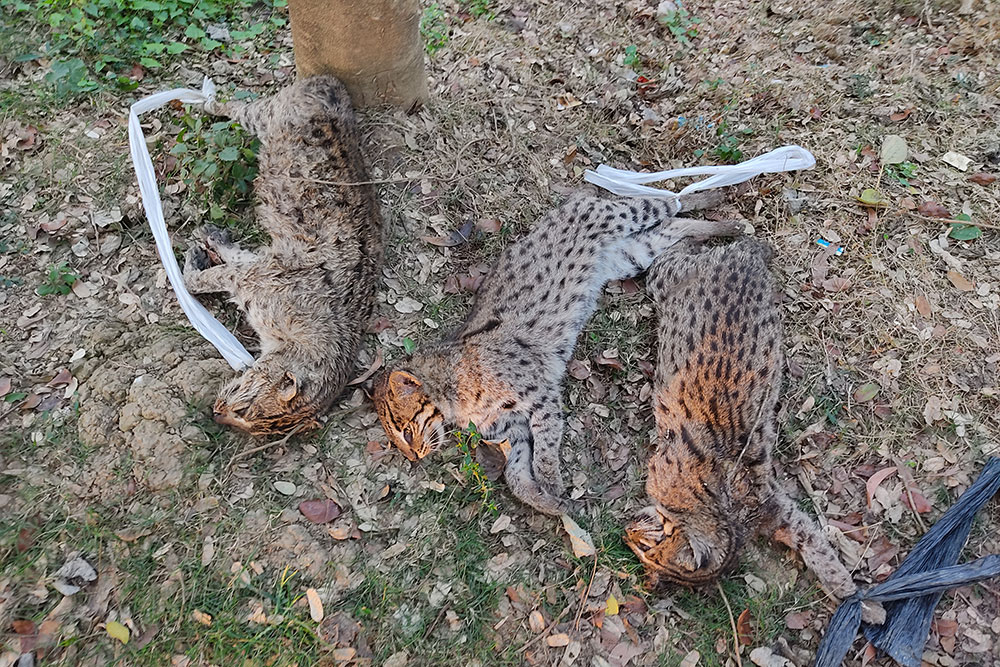