Disease is Not the Most Urgent Threat to Wild Tigers

Dr. Ullas K Karanth
Disease not the most urgent threat 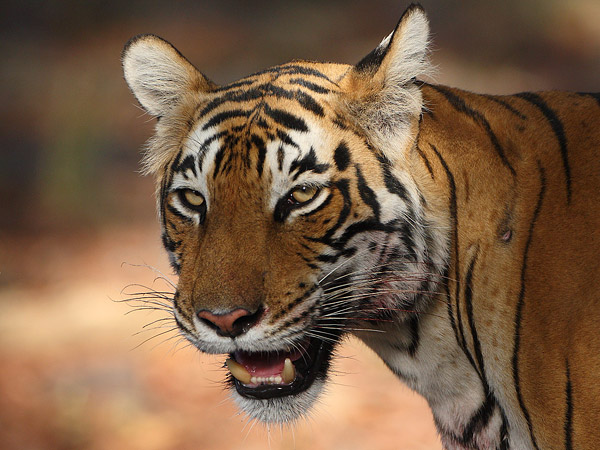 Canine Distemper Virus (CDV), a common disease among millions of street dogs in India, has infected wild tigers in some parts of the country, as reported in the media (CTV News, Salon.com). Given that conservation resources are limited, how should we treat this ‘outbreak’?

In the Western Ghats, where I have worked as a tiger researcher for the past 25 years (and been a conservationist for 50+ years), diseases such as distemper, mange, anthrax, foot and mouth disease and rinderpest have all been well-documented among livestock, wild prey species and both wild and domestic carnivores. Although there have been no such disease outbreaks among wild tigers here, it is possible that some infections may have occurred in the past or do so in future. The situation in other major tiger landscapes of South Asia, such as Terai or Central India is somewhat similar.

In response to intense media pressure, officials have been quoted as advocating large-scale vaccination of stray dogs around tiger forests. I beg to differ with this strategy. The following facts must be considered before we prioritize actions and funds for such a massive, costly and futile exercise.

Thus far, only a few cases of CDV have been reported among tigers in India. We must view these in the overall context of conservation threats to the species, and interventions that are feasible. Most importantly, given that money, manpower and other resources are limited, we have to decide what threats should be prioritized for action.

In the Central Western Ghats there are about 400 wild tigers, mostly concentrated in 8000 sq km of PAs, within an overall distribution/dispersal area of 35,000 sq km of human-dominated forest matrix. Even within the PAs there are human settlements, with their full complement of domestic animals.

In the same landscape there are possibly over a thousand leopards; dholes and jackals occur in unknown but large numbers. There are several thousand wild ungulate prey (mainly chital, sambar, pigs, and gaur), and about 3000+ elephants. There also are over 15 million people in densely packed settlements, and several million domestic/semi-feral cattle, dogs and cats, many of which are free ranging. These domestic stock, human settlements and wildlife populations spatially overlap, and inter-mingle inextricably. Therefore, a quarantine policy that may work in South Africa and other, low human density/interspersion situations, will simply not work in most Indian tiger landscapes.

More importantly, I do not see any practical, cost-effective way of implementing any type of veterinary interventions to inoculate either tiger or prey populations, and, even domestic/feral animals, on the massive scale that is required. The logistics and costs are mind-boggling: we may as well go to Mars! Vaccinating a few dozen wild animals or a few hundred dogs around a few Tiger Reserves does not create any sort of ‘barrier’ to keep CDV or any other disease away from wildlife populations in India’s ecological and social context. Such tokenism may make us all feel good, but will achieve little else other than waste resources and divert attention from priority threats to tigers and their habitat.

Over the past several decades, I have seen disease cycles in gaur, wild pig and dholes, and have witnessed their populations dip and rebound periodically. In the long-term WCS research that we’ve carried out in the Western Ghats, we have not seen disease as being a major driver of demographic decline in tigers or leopards. However, if an outbreak of CDV or other disease were to occur, tiger and leopard populations may respond in the same way that other wildlife species have responded in the past: dip down and rebound. After all, disease has always been a major pressure of natural selection in animal evolution.

For all these reasons I do not see urgent veterinary interventions to stop or prevent disease outbreaks as the greatest priority to save tigers now.

On the other hand, factors such as poaching of tigers, poaching of prey, need for relocation of human settlements, and preventing habitat degradation from rural impacts as well as from modern growth/development pressures, continue to be the main issues. We must focus on these, without drifting off the mission by responding to scary media reports about new threats from old diseases.

Certainly more research and knowledge about CDV and other such diseases and their impacts are needed. However, knee-jerk, massive veterinary interventions may simply divert conservation funds, attention and energy away from higher priority threats, and retard actions that are really necessary to save wild tigers. One can well understand the deep concern arising from the narrow technocratic views of veterinarians, whose basic training and mandate are to eliminate disease in both domestic and zoo animals. But in this specific case, they may simply be barking up the wrong tree.

Canine distemper is a viral disease that affects animals in the families Canidae, Mustelidae, Mephitidae, Hyaenidae, Ailuridae, Procyonidae, Pinnipedia, some Viverridae and Felidae. It is most commonly associated with domestic animals such as dogs and ferrets, although it can infect wild animals as well. It is a single-stranded RNA virus of the family paramyxovirus, and thus a close relative of measles and rinderpest. Despite extensive vaccination in many regions, it remains a major disease of dogs.

Although very similar to the measles virus, canine distemper virus(CDV) seems to have appeared more recently, with the first case described in 1905. It now affects all populations of domestic dog and some populations of wildlife. The first vaccine against canine distemper was developed in 1923 and 1924 by an Italian named Puntoni, although he did not use a large population of dogs for his trials, his work shows dogs can be vaccinated against this disease producing solid immunity. A commercial vaccine was developed in 1950, yet due to limited use, the virus remains prevalent in many populations. The domestic dog has largely been responsible for introducing canine distemper to previously unexposed wildlife, and now causes a serious conservation threat to many species of carnivores and some species of marsupials. The virus contributed to the near-extinction of the black-footed ferret. It also may have played a considerable role in the extinction of the thylacine (Tasmanian tiger) and recurrently causes mortality among African wild dogs. In 1991, the lion population in Serengeti, Tanzania, experienced a 20% decline as a result of the disease. The disease has also mutated to form phocid distemper virus, which affects seals. 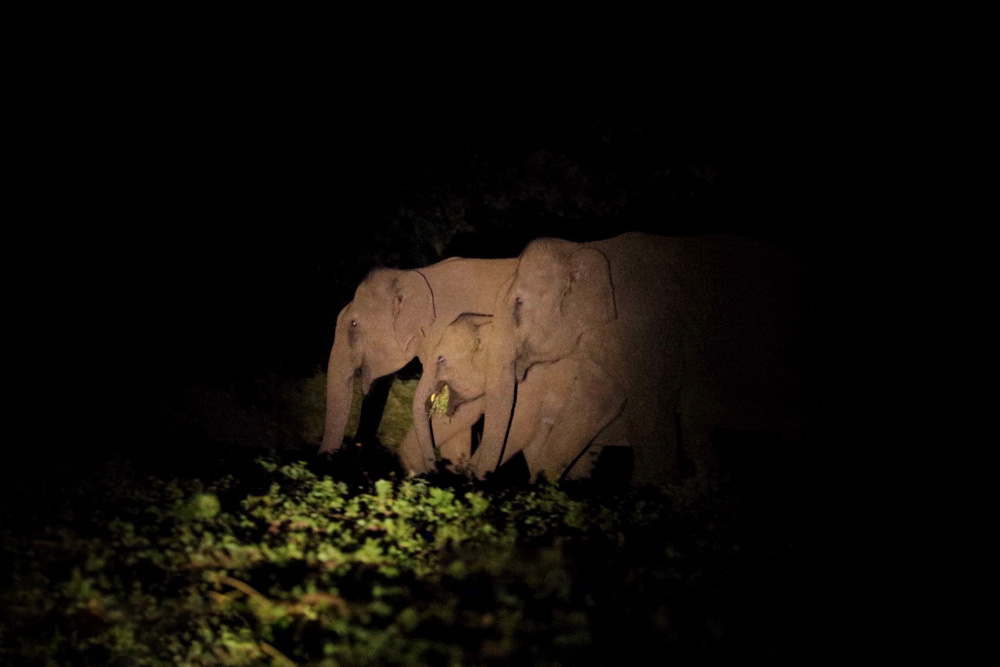 Living with Elephants in the Anaimalais (Elephant Hills)