Ramki S
The most reliable method for estimating tiger densities and numbers is the ‘Photographic Capture-Recapture Sampling’.

This article was originally published in The Telegraph.

For some reason, reports on India’s ‘tiger numbers’ get a lot of people excited. This was the case on July 28, 2020 when a report on the country’s tiger numbers from 2018 was released accompanied by profuse self-laudatory statements. The fact is there is nothing new in this report because the same results were released by the prime minister a year earlier. Perhaps everyone was bedazzled by the beautiful tiger photos and glossy production values, which are, of course, new.

Several scientists, including this author, who have been working on this topic for years, have presented robust critiques of India’s tiger surveys. They clearly demonstrate their multiple flaws. And the consequent invalidity of the results. These critiques have been published in scientific journals as well as in the popular media. They have pointed out the total opacity of these government tiger surveys with regard to data access, field methods, details of sampling effort, as well as about the statistical models employed.

Even amateur naturalists and journalists have pointed out cases of errors in individual identification of tigers in the photographic captures and other related problems. Clearly there is no awareness in the upper echelons of the ministry of environment, forest and climate change that the ‘results’ they have branded as the ‘gold standard’ is the same old wine in a new bottle.

Here is my attempt to demystify these camera-trap-based tiger surveys for the readers.

Obviously we all need to know whether the massive national efforts at conserving tigers are succeeding or failing. Major investments have been made, and even lives lost by forestry staff and public in this endeavour over the past 50 years. However, counting wild animals is a technically difficult enterprise. This is particularly true of tigers whose potential habitat in India covers over 300,000 square kilometres of rugged forests. Their low population densities and elusive nature indeed posed many challenges when I began trying to estimate their numbers using camera traps in 1991.

However, if we focus on only tiger population ‘sources’ which are at reasonable densities that produce surplus tigers that disperse into the wider ‘sink’ forest landscapes, the task becomes easier because these source populations cover only 30,000-45,000 square kilometres (10-15 per cent) of the potential habitat. This is the area in which 80-90 per cent of wild tigers occur.

The most reliable method for estimating tiger densities (number of tigers/100 sq.km) and numbers is the ‘Photographic Capture-Recapture Sampling’. Automated camera traps are used to unambiguously identify each individual tiger from their unique body markings. If photos are only of one flank of the tiger, or are unclear for multiple other reasons, the individual identity itself becomes uncertain and further analyses dubious.

An even bigger challenge is that only some unknown proportion of tigers will be photographed. A statistical modelling approach of ‘capture-recapture sampling’, if used correctly, can estimate what proportion of tigers has been caught in addition to getting a count of identified tigers. Using this additional information, the total number of tigers in that source population, including those missed by the cameras, can be estimated.

However, if rigorous sampling protocols are ignored, the entire exercise becomes worthless. The camera trapper is left with only pretty pictures of tigers and anecdotes, but not scientific results. Unfortunately, with a few exceptions, most of the camera trapping conducted under the present government monopoly has been far too logistically complex, technically deficient and overly expensive to boot. These tiger surveys have lacked necessary rigour both in their field and analytical methods right from their beginning in 2005.

The institutional problems such as ‘data fudging’ and scientific issues such as the lack of data transparency cannot be fully elaborated in this brief column. However, a few key issues are critical.

Incorrect identification of individual tigers is a problem, which has been highlighted many times by amateur naturalists as well as by scientists. Without addressing this problem, many tigers will continue to be counted multiple times.

A linked problem is of linking each tiger photo with its exact time and place of capture. In 2009, I was involved with the MoEF in setting up an elaborate, detailed protocol that comprehensively laid out how photographic and ancillary data should be recorded in the field, gathered, collated and labelled to ensure that correct identifications and capture histories are generated. These protocols, put on the National Tiger Conservation Authority website, apparently, have not even been fully understood by those who are conducting surveys in the field.

As a result, incorrect tiger identities with multiplication of tigers, mixing up of capture locations and timings and even capture seasons are commonplace in the raw tiger survey data. And none of this information is ever made public because the raw data in the form of photos, ancillary information and field protocols are locked up as if they hold India’s military secrets. Even 15 years after the first surveys were conducted in 2005, not even qualified scientists are permitted to examine these data, gathered at a cost of over Rs 100 crore to India’s taxpayers.

A fundamental requirement of Photographic Capture-Recapture Sampling is to ensure that the tiger population from which the sample of individual tigers is drawn remains relatively unchanged during sampling. This assumption, known as ‘population closure’, is a critical one because if it is violated the number of individual tigers caught will continue to accumulate, without the tiger losses being unaccounted for. The net result is to continually inflate the estimated tiger numbers.

Rigorous studies try their best to analyse capture data from a reasonably short ‘closed period’ of 30-60 days to ensure that the effect of mortalities, recruitments and movements of individuals is minimized. However, virtually all the government surveys conducted so far appear to have violated the critical closure assumption. Sometimes, photos obtained over months or years are pooled to create the sample ‘data’, which will yield overestimates. No report contains information on dates and locations of the camera trap surveys.

The third fundamental problem is the frequency at which individual tiger populations are being monitored. Thriving, healthy tiger populations have high reproduction rates (a female produces about 15 cubs in her lifetime), and high mortality rates of 15-20 per cent per year. To track the fate of a population accurately, both ‘recruitments’ (number of tigers added) and losses have to be estimated. This needs to be done annually, not once in four years if the results are to be meaningful.

This is indeed possible, but only if data from the shorter closed period surveys mentioned above can be integrated, over multiple years, using what are called ‘Open Capture-Recapture’ models. Using this approach in a research project extending over 15 years, my colleagues and I have estimated tiger densities, numbers, recruitments and losses for each year in several key populations in India and Thailand. However, the very manner in which the National Tiger Estimation is conducted cannot generate this kind of useful, high-quality data. The results in glossy reports are silent on vital demographic parameters that should have been generated if surveys were properly conducted.

In 2017, my long-term collaborator, James Nichols, and I edited a Springer Monograph titled Methods for Monitoring Tiger and Prey Populations in which 31 scientists have presented these useful alternative approaches to tiger monitoring. There have been no takers within India’s tiger establishment for these ideas.

The present government makes a case that it has radically overhauled governance in other fields, such as direct transfers or resources to beneficiaries, agriculture sector reforms and so on. However, the fact remains that as far as the monitoring of our national animal is considered, it is continuing the same sloppy, expensive and invalid methods that were initiated by the earlier regime in 2005 based on recommendations of the Tiger Task Force report under the former prime minister, Manmohan Singh. It is not a surprise to me that the same bureaucratic institutions and individuals, who created this self-serving National Tiger Estimation approach in 2005, have continued to run the same show to this day.

Therefore, I for one am not holding my breath for the next tiger survey due in 2022. It will be a new bottle, but the wine will be even older. 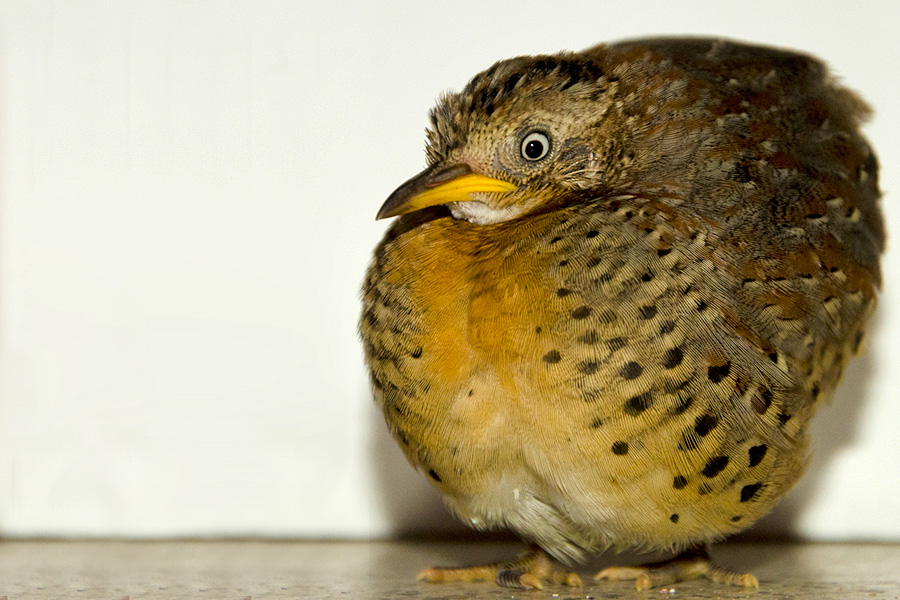