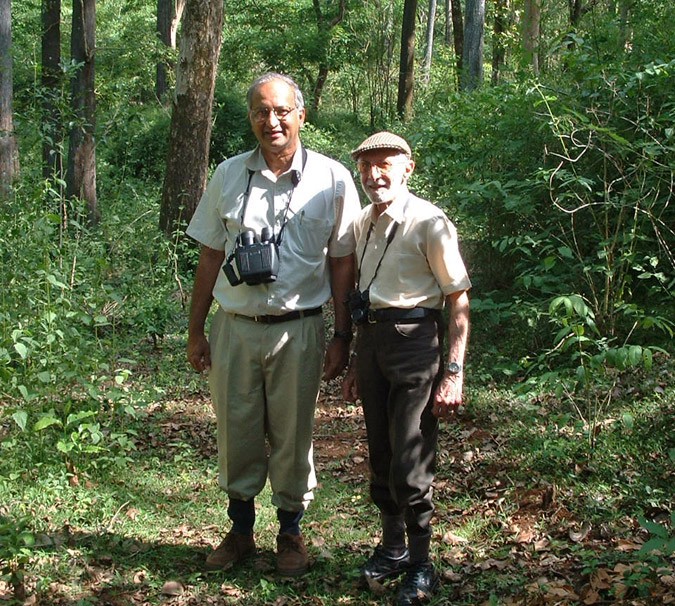 My friend of thirty years, Kaoosi Rustum Sethna (88), passed away recently. He was a friend to many, ranging from the legendary Salim Ali, to animal-welfare activist Maneka Gandhi, and guardian of Bhadra, DV Girish. Kaoosi grew up in Pune, dodging high school to learn falconry! He later became a professional jockey, finally settling down as a coffee planter in Chikmagalur, Karnataka. Kaoosi replicated, with brilliant authenticity, the life-style of a 19th century colonial planter-naturalist.

As a plantation manger in Biligirirangana hills, Kaoosi learned wildlife-spooring skills from an old Soliga tribesman, Poojari Jadiya, former tracker to the famous hunter-naturalist, RC Morris. Unlike most better off planters Kaoosi was very hands on: personally skilled at pruning coffee bushes, lopping shade, and repairing machinery. He rode horses, watched birds and did some duck shooting (when it was still legal). In the 1970s Kaoosi hung up his guns for good, but retained his classy hunting dogs. While at home, his lifestyle included multi-course meals (all terribly bland) served by a butler in white responding to his master ringing a cowbell. His simple but tastefully built Yellikodige bungalow, set amidst beautifully landscaped meadows, completed this fine portrait of the Raj in every faithful detail.

Kaoosi was a passionate conservationist, who constantly railed about his neighbors who encroached forests and poached wildlife, making himself rather unpopular. He once jumped off his Land Rover, fearlessly and all alone, trying to arrest a gang of partridge poaching tribesmen. He got beaten up badly. This dash and energy were manifest in everything Kaoosi did: trying mightily to loosen a pulping machine bolt, he even managed to catapult himself and sink into a deep pond of filthy muck.

In defense of wild nature and his personal values, Kaoosi lectured, badgered and sued relentlessly and all around: journalists, officials, poachers, tourists, no one was spared in the process! The Kadur Club in Chikmagalur has retained its authentic Raj ambience to this day, largely because Kaoosi ruthlessly blackballed applicants who he felt would be a blot on its style. Kaoosi was short-tempered and judgmental, sparing not even his closest friends: he once walked out of a talk I was giving because I chose to speak in Kannada. However, he was waiting just outside, smiling sheepishly to make amends at the club! In reality Kaoosi spoke Kannada fluently, albeit with a “British” accent, and, laced with caustic humor. Taking umbrage at the self-proclaimed “elephant expertise” of a Bangalore businessman, Kaoosi once snapped: “Avanige Kaadu Ane Sikkidre, Amele Dhobi Sikkuvudilla!” Roughly translated “If that so and so ever encounters a real wild elephant, he will never again find a dhobi willing to wash his pants”.

Kaoosi’s death is like a species extinction event for me. A way of life, a set of values and that strength of character that touched me, are all gone forever.

You have walked out on us one last time Kaoosi. We will miss you dearly. 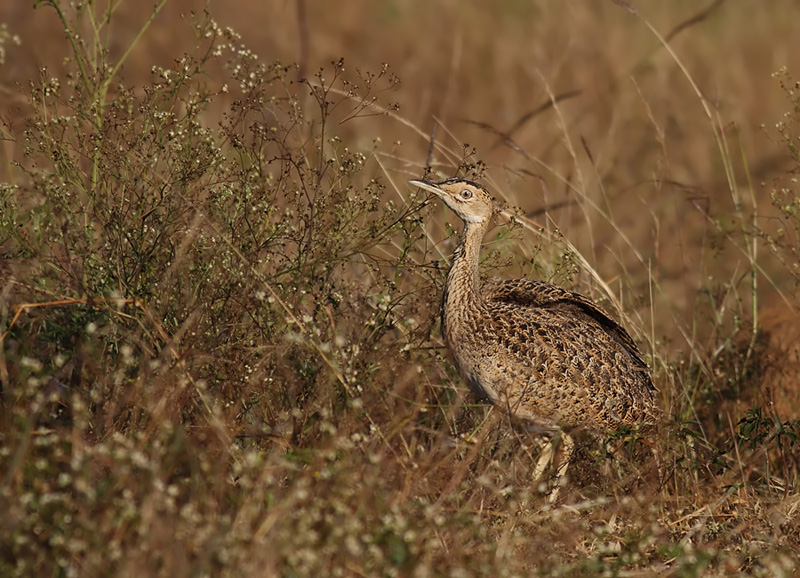 Lesser Florican Sighted In Bangalore After A Century!