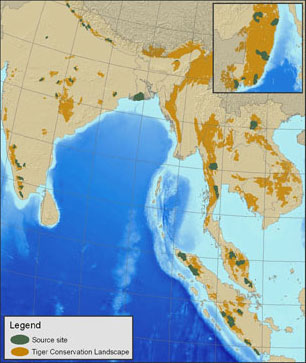 21 leading conservation biologists from across the world have proposed that since it might be far too expensive and far too difficult to save all wild tigers, we should focus a major part of our efforts and expenditure on 42 selected sites that show the greatest promise. Here’s CI’s distilled version of the original paper titled Bringing the tiger back from the brink – The six percent solution.

Current approaches to tiger conservation have not succeeded in slowing the decline in tiger numbers, which has continued unabated over the last two decades. Focusing on a few crucial factors could reverse this decline in a rapid and cost-efficient manner:

Fewer than 3500 wild tigers now survive, occupying less than seven percent of their historical range. Of these, perhaps 1000 are likely to be breeding females.

Approximately 1.5 million sq km of suitable habitat still remains in Asia, but tigers – except in the Russian Far East – are now restricted to small pockets. Recent analysis identified 42 source sites, which are defined as areas that:

These 42 sites contain almost 70 percent of all remaining wild tigers, and hence have a disproportionate importance to species survival and recovery. Strategies to save the tiger must focus first and foremost on protecting these remaining concentrations of tigers.

The source sites cover just six percent of the current distribution of wild tigers, hence the ‘six percent solution’. The sites are not evenly distributed across the tigers’ range – eighteen are in India, eight in Sumatra and six in the Russian Far East. Based on available data, no source site was identified in Cambodia, China, DPR Korea, or Vietnam. Surveys in Bhutan and Myanmar have been too limited to assess their status.

Only five of the sites – all of which are in India – maintain tiger populations (>80 percent) close to their estimated carrying capacity. Thus, the recovery of populations in source sites alone would results in a 70 percent increase in the world’s tiger population.

Actively protecting tigers at source sites is feasible and pragmatic, and has been successful in many reserves across India between 1974 and 1986. The Malenad–Mysore tiger landscape currently maintains >220 adult tigers, one of the greatest concentrations in the world, mainly due to intensive protection of its source sites such as Nagarahole National Park, where tiger numbers have increased by 400 percent after protection began in the early 1970s, and has now maintained a high density for 30 years.

While protecting source sites is essential to reverse tiger declines, this is but one element of a long-term recovery strategy. For wide-ranging, low-density species like the tiger, conservation planning at the landscape level is necessary, landscapes need to remain permeable to tiger movements, and source sites have to remain embedded in those larger landscapes. Maintaining landscape level conservation planning will require strict limits on habitat conversion and infrastructure development in these areas.

In addition, conservation efforts need to target the illegal trade, as site-based protection will be increasingly costly if the global demand for tiger products is not curtailed. For financially valuable species like the tiger, intensive protection is paramount, and the success of such protection has been demonstrated. Good results require greater levels of law enforcement, surveillance, and monitoring than is typically found in national protected areas. Across India, tiger abundance is strongly correlated with prey density—both depend on strict controls on hunting. In the Russian Far East, traditionally a stronghold for tigers, annual monitoring detected a dramatic decline in tiger numbers over the last five years, which was associated with a decline in enforcement. Recent declines in tiger numbers in the once thriving source sites in Nepal were also associated with reduced emphasis on protection.

The dramatic decline in African rhinoceros in the 1980s provides useful lessons on how best to respond to a decline in a species of high commercial value. When conservation efforts were geographically diffuse, the cost–risk ratio greatly favoured the hunter. Only where protection efforts were focussed on small- to medium-sized areas (e.g., Kenya’s rhino sanctuaries), or were well financed (e.g., Kruger National Park), did rhinos persist.

The costs of protecting source sites

This includes increased law enforcement, biological and law enforcement monitoring, and where appropriate, community engagement, informant networks, and trade monitoring. Protecting source sites is financially attainable. Analysis estimates the average cost of protecting and monitoring tigers effectively at all 42 source sites at $82 million per year or $930/sq km per year, within the range of effective protected area costs in general (from $130 to .$5,000/sq km/year for densely settled regions in Asia). More than half of these funds ($47 million, almost US$500/sq km) is already being committed by range-state governments and, to a far lesser extent, international donors and NGOs.

The long-term goal is the creation of a network of large, tiger-permeable landscapes, but the immediate priority must be to ensure that the last remaining breeding populations are protected and continuously monitored. Without such protection, all other efforts are bound to fail. All of this will require concerted, orchestrated and politically bold commitments by range-state governments, supported by the general public and the international community, and sustained over decades. 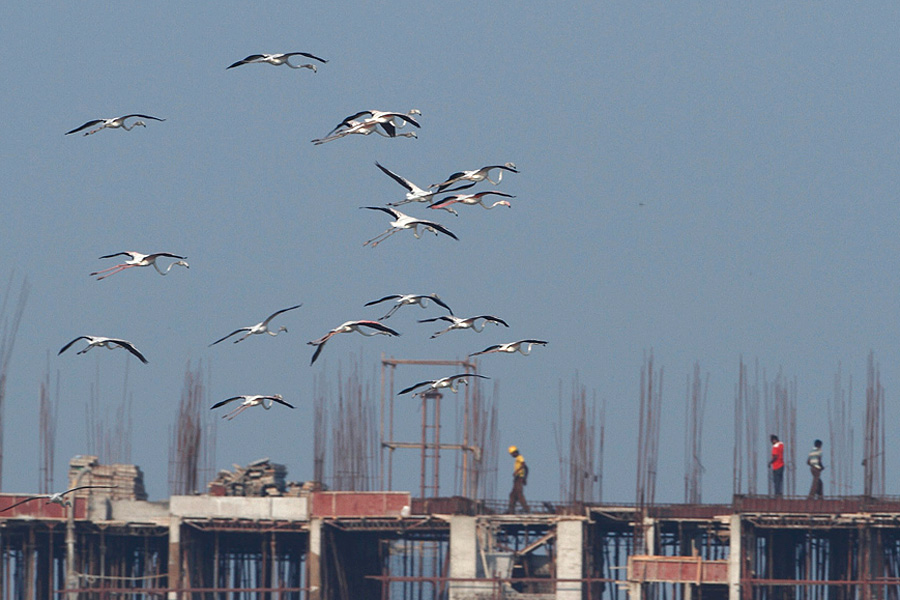