With just about 150-200 surviving in the wild, the fate of the Great Indian Bustard (Ardeotis nigriceps) already seems bleak. A significant population of these birds remain in Desert National Park, Rajasthan, the last stronghold for the critically endangered bird. The presence of wind turbines very close to the Great Indian Bustard enclosures near Sam Village in Desert National Park increase the bird’s potential life-threatening risks. Additionally, such enclosures (which form only about 4% of the park’s total area) are … Read More

The first specimen of the Critically Endangered Spoon-billed Sandpiper (Eurynorhynchus pygmeus) was collected in mid-19th century from Bangladesh. The country also holds the record for the highest single count of the bird anywhere in the world — 202 birds in 1989 from Moulevir Char (Bakewell & Howes 1989)!

The bird has since undergone a drastic decline in its population. According to Birdlife International, this charismatic species is listed as Critically Endangered because of its extremely small population … Read More

To start the New Year with a bang, Saurabh Sawant, Rujuta Phadke and myself went to Tansa Wildlife Sanctuary near Mumbai where Sunil Laad — a naturalist associated with the Bombay Natural History Society (BNHS) — had sighted and photographed the Critically Endangered Forest Owlet in November 2014.

We had just parked our car to stop and search when, to our incredulity, we heard a Forest Owlet calling. It took us just 10 more minutes to locate a beautiful pair … Read More

On 12th September 2014, an adult female Great Indian Bustard (Ardeotis nigriceps) collided with high-tension electric powerlines near Kutch Bustard Sanctuary (KBS) in the Abdasa taluka of Kutch district, Gujarat. The bird was found dead just below the powerlines and had electrocution marks. The incident happened a few hundred meters from the boundary of KBS. There are three heavy powerlines passing by the Lala-Jakhau main road, two lines on one side and one on the other. The bird … Read More

Their surveys confirmed that Bangladesh is an extremely important wintering ground for the Spoon-billed Sandpiper, and identified Sonadia Island (near Cox’s Bazar) as the key wintering site and Domar Char as a stopover (passage) site in the country. In Sonadia Island, they found evidence … Read More

As if going from widespread to critically endangered in a few decades (thanks to Diclofenac) wasn’t bad enough, king vultures also have to fend off competitors for their hard won meals; and sometimes the smaller, more nimble opponents take away the booty!

This particular encounter happened one morning in Ranthambhore National Park, as we waited at a spotted deer kill. The vulture flew in to polish off the remains while the tigress was away. But its chances of a … Read More

It has been a terrific couple of years for Conservation India. CI was launched exactly two years ago and along the way we have clocked some interesting statistics. Here is a quick snapshot of our traffic (Google Analytics for the period Jan 01, 2012 to Dec 31, 2013):

This bird is almost as mythical as the Phoenix!

During a recent trip to Melghat, I had a memorable experience with this extremely rare bird. I saw three individuals, which helped me understand the differences between the sexes. It was fascinating to watch their bobbing heads and flicking tails!

The Forest Owlet (Heteroglaux blewitti) was first described in 1873 and last seen in the wild in 1884. Subsequently, it was considered extinct. The bird was rediscovered 113 years later … Read More

We were lucky to witness the courtship of Long-billed Vultures (Gyps indicus) in Ramanagaram (Ramadevarabetta) in January this year (2013). The process of both courtship and mating went on for a few minutes and they started the entire process again. We left the critically endangered vultures with their privacy and with a silent prayer that their brood grows!

It will be recalled that in response to a hard fought conservation battle, the government of Karnataka notified Ramadevarabetta as … Read More

Jivdaya Charitable Trust is an NGO dedicated to treating stray animals and birds free of charge. Set up in Ahmedabad in 2007, the Trust has come a long way and is now equipped with the latest treatment facilities, from gas anesthesia machines, latest orthopedic instruments, an X-ray unit, a ventilator, a multipara monitor with a pulse oximeter and also 2 state-of-the-art operation theatres. The Trust also has three fully equipped ambulance vans that treat animals on the spot. The Trust … Read More

A rapid assessment study of the grasslands of Hesaraghatta, outside Bangalore, shows that unregulated and excessive vehicular movement of bird photographers is creating permanent vehicle tracks, causing significant disturbance to the feeding and foraging activities of birds, imposing severe stress on the local birdlife, as well as damaging the ecosystem for some rare butterflies.

Great Indian Bustard (Ardeotis nigriceps – GIB in short), a critically endangered Indian endemic bird on the verge of extinction, is showing signs of recovery in Bellary district. Two birds were recently sighted foraging in an agricultural field by seventeen-year-old budding naturalist Preeth Khona, in Chelugurki village 20 kms from Bellary and 60 Kms south of Sirguppa, where it was earlier rediscovered in 2006 by the author. Preeth Khona, Shruthi Punyamurthy and Sunaina Martin are budding naturalists and members … Read More

There are a lot of tourism-related pressures on the critically endangered Great Indian Bustards in Nannaj, Solapur district, Maharashtra where the population is on the decline. The  population estimate for the Nannaj region is just 10-11 birds. Estimated population of the bustards in Maharashtra is around 35-40 birds. The Pune-based NGO GIB Foundation has proposed some specific recommendations for reducing tourism-related pressures for the bustards, especially during the monsoon — when bustards gather in their traditional breeding grounds — when … Read More

A draft plan for national recovery of the critically endangered Great Indian Bustard (Ardeotis nigriceps) and the endangered Lesser Florican (Sypheotides indica) has been submitted by a special task force to the MoEF. The ‘Draft Guidelines for Species Recovery Programmes’– is hosted on the MoEF website. Comments/suggestions are invited from civil society owithin a week of issue of this notification, the website says. 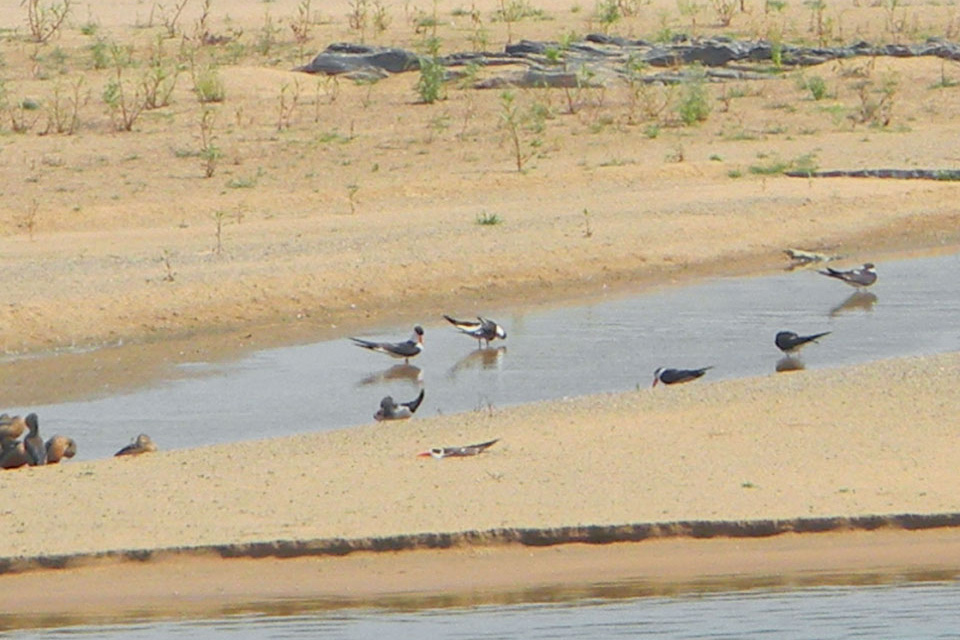