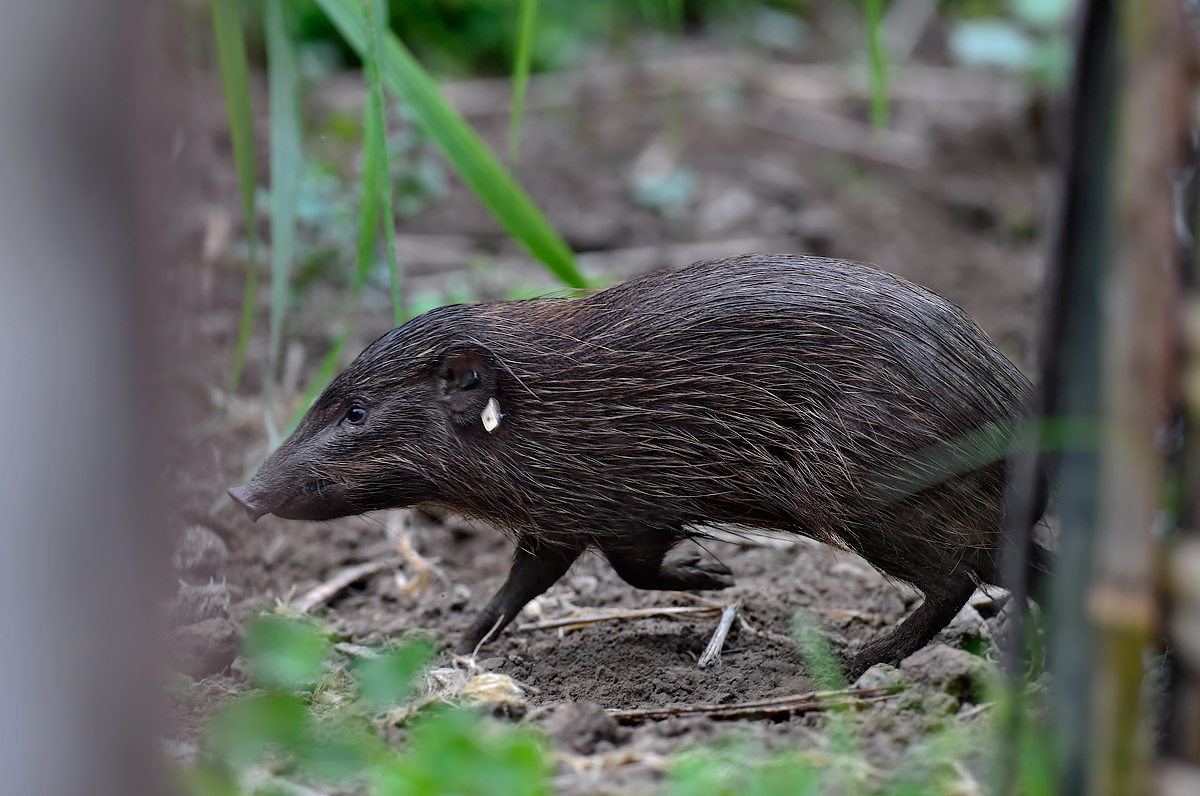 Craig Jones
A critically endangered species, the Pygmy Hog population is estimated to be fewer than 250 mature individuals.
Pygmy hogs arrive in Bornadi 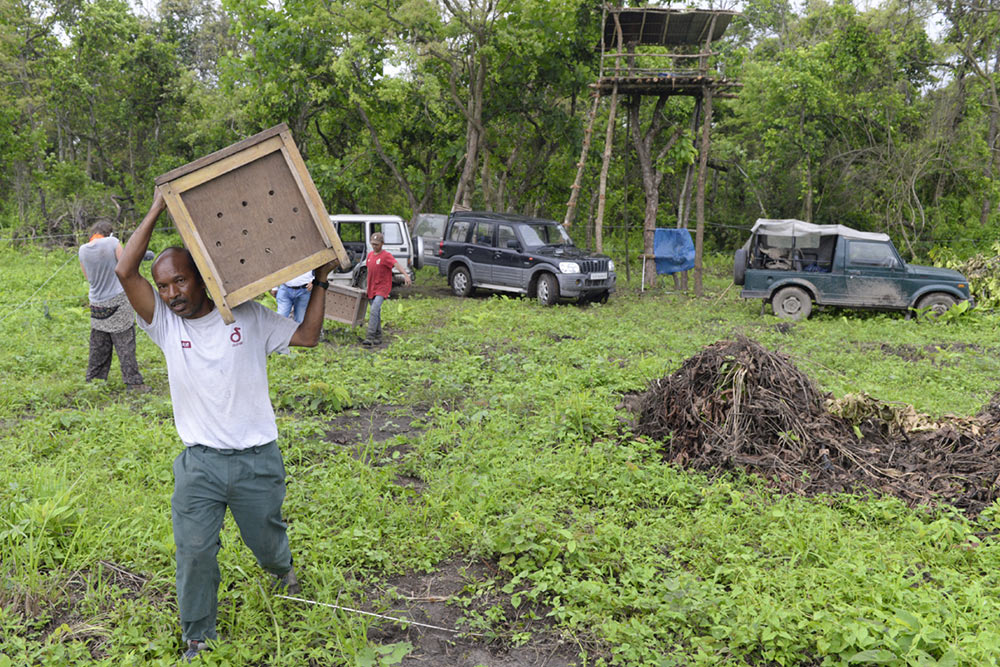 Craig Jones
This batch marked the release of the 100th Pygmy Hog back in their natural environment.

On 24 May, six little pigs trotted out of their wooden box enclosures to freedom, into the wild grasslands of Bornadi Wildlife Sanctuary in north Assam. Those tiny pig steps could turn into a giant leap for conservationists.

Because these were no ordinary pigs but Pygmy Hogs, the smallest and rarest wild pig or hog on the planet. The sixth hog which ran out into the wild, marked the release of the 100th Pygmy Hog back in their natural environment. The release was part of a long-term conservation programme to boost the wild population of this critically endangered species across the landscape in which it once thrived—the tall wet grasslands in the foothills of the Himalayas.

Listed as a critically endangered species by the International Union for Conservation of Nature (IUCN), its population size is estimated to be fewer than 250 mature individuals. Today, the Pygmy Hog is found in just three places in Assam—Manas, Sonai Rupai and Orang.

Why is the Pygmy Hog so important to the habitat?

“The hog,” says wildlife scientist Goutam Narayan, “is an indicator species for the health of tall wet grassland habitat across the southern foothills of the Himalayas. Unfortunately, this landscape has seen the most destruction due to ever-growing agricultural expansion with human and cattle populations as well as commercial plantations. The hog cannot adapt to the changing habitat.” The Pygmy Hog is the sole representative of the genus Porcula, a species that was described to science by Brian Houghton Hodgson in 1847. The conservation of this diminutive pig is vital—its extinction would result in the loss of a unique evolutionary branch of wild pigs.

“The Pygmy Hog is as important as the tiger or the rhinoceros and more mass awareness is needed for the welfare of the species,” said Daniel Craven of Durrell Wildlife Conservation Trust. Once thought to be extinct, the Pygmy Hog was accidentally rediscovered in 1971 by a tea planter named J. Tessier-Yandell in the same area, Bornadi, whose forests border Bhutan.

In 1995, the Pygmy Hog Conservation Programme was started by Goutam Narayan of EcoSystems-India, with the help of the Assam government, the Durrell Wildlife Conservation Trust (DWCT) — a Jersey-based conservation organization started by naturalist Gerald Durrell, and former IUCN Wild Pig Specialist Group chair, the late William Oliver. Initially, six Pygmy Hogs were procured for captive breeding from the original population in Manas National Park, Assam. They were bred in captivity at the Pygmy Hog Conservation Centre in Guwahati. The rewilding of Pygmy Hogs began in 2008 with the release of 16 captive bred hogs into the Sonai Rupai Wildlife Sanctuary, Assam. In the following years 19 more hogs were released.

“Unfortunately, the Pygmy Hog population in Sonai Rupai Wildlife Sanctuary is still at 35, the total number released by us. The number has not increased because of the quality of grassland habitat, which has deteriorated due to human disturbance. However, we have seen that the scenario at Orang National Park is in contrast to the Sonai Rupai. Fifty-nine hogs we released between 2011 and 2015 have now doubled—thanks to better park management,” says Narayan.

“In twenty years we have made a positive difference towards fulfilling our mission—saving species from extinction and rebuilding wild populations. We want to see Indian funders and volunteers to get involved in this conservation project,” says Craven. Craven was present in Bornadi to watch the release of the 100th Pygmy Hog.

“We’ll continue to monitor the hogs and their habitat at the reintroduction sites and release a few more groups in Bornadi before moving to other potential sites. We’ll also work with Park authorities in Manas as the population continues to shrink there,” said Narayan.

“Fewer than 200 hogs may remain in Manas. Although about 50% of the total pygmy hog population is reintroduced in the wild from captive populations, we have a long way to go before its future is secure.”

“Long-term funding remains an issue where the odds are stacked against tall wet grassland conservation in the Terai and Duars belt. These grasslands not only shelter a number of highly threatened species but also provide immeasurable ecosystem services for our survival. The sooner we realize this, the better will be the quality of conservation efforts,” added Narayan.

Read another piece on the Pygmy Hog by the same author: Saving the Elusive Pygmy Hog.