Raman Kumar | BioOne
Woodpecker abundance and species-richness were greatly influenced by the abundance of large-sized trees. 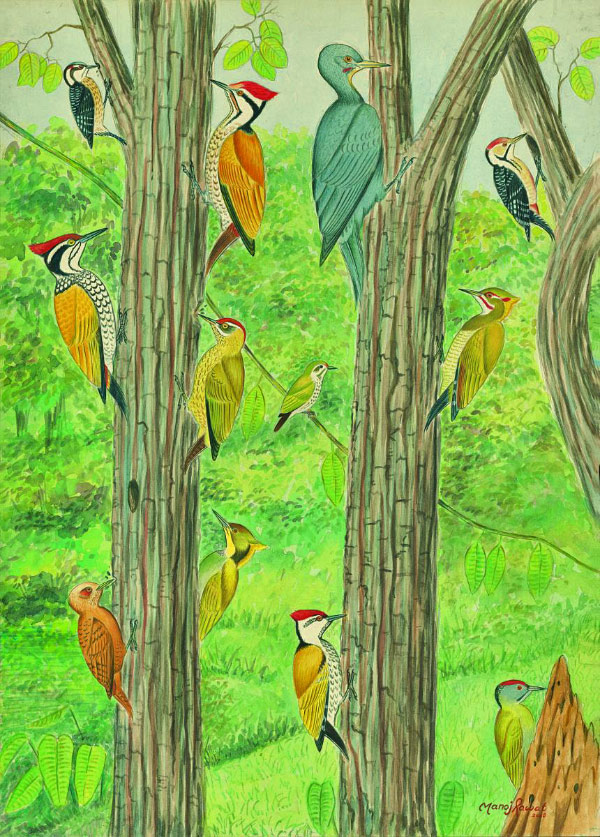 Birds are highly sensitive to changes in habitat caused by human activity. Habitat change may be manifested in the structural elements of habitat (such as density and size of both live and dead trees), or its composition (i.e. tree species profile), which may translate into alteration in quality and quantity of resources available for birds.

Among birds woodpeckers form an important group for conservation, mainly because they create tree cavities that are crucial for the survival of a variety of other organisms. Woodpeckers tend to have very specific habitat requirements, such as abundance of large trees and trees with decay. Being strongly dependent on wooded areas, woodpeckers are particularly sensitive to forest degradation and modification by forestry operations that alter the structure and composition of the natural habitat. Woodpeckers are also important targets for conservation as several large or specialized species are facing population declines, and some have even become critically endangered or possibly extinct.

The tropical and subtropical forests of Asia support a great diversity of woodpeckers. However, not much is known about the ecology of woodpeckers in these regions. With a rich assemblage of 17 woodpecker species, the sub-Himalayan sal forests of northwest India is one such region. These forests have been structurally and compositionally altered through a long history of forest management.

In one of the first ever detailed studies on woodpeckers in this region – the Corbett-Ramnagar landscape in Uttarakhand state – we had found that unmanaged sal forests support a much higher abundance and richness of woodpeckers compared to managed forests, particularly teak plantations. The present study explored this further wherein we attempted to identify the specific habitat features that influence overall abundance, species richness, and community composition of woodpeckers in the sal forest landscape.

Our study included eight sites representing four main categories based on the forest management operations done. Two sites were located in natural sal forests that were protected, unlogged stands and contained trees of all sizes. Two represented old managed sal, which had mature canopy with regenerating understorey. Another two sites were located in young managed sal comprising of pole-sized trees regenerated since the last harvest. The final two were in non-native teak plantations established around 50 years ago. Only the natural sal sites were free from any harvesting operations. In the remaining six sites standing dead trees were still being removed as part of management.

At each site we estimated species-wise abundance of woodpeckers by repeatedly walking a 2-km-long transect (20 times) over breeding and non-breeding seasons. Habitat characteristics of each site were enumerated through circular plots (10 per site) to assess numbers and sizes of live and standing dead trees, canopy cover and termite mounds (as woodpeckers are also known to feed on termites).

We analysed this data using statistical modelling to identify the habitat variables that influence the total abundance, species richness and abundance of individual species of woodpeckers.

We found that the overall woodpecker abundance and species-richness were both greatly influenced by the abundance of large-sized trees. Very likely, large diameter trees provide more resources and have a greater diversity of microhabitats such as cavities, cracks and bark features. Hence, they can support a greater abundance and diversity of woodpeckers. Density of standing dead trees was the other important factor that affected the overall abundance and richness of woodpeckers, particularly during the breeding season. This could be because many woodpecker species are known to use dead trees for foraging and preferentially select dead and decaying trees for nesting.

Looking at individual species, our study also found that four – Greater Flameback, Grey-faced Woodpecker, Fulvous-breased Woodpecker and Lesser Yellownape – showed a preference for forests with large trees, especially in the breeding season. The Streak-throated Woodpecker appeared to require forest stands that were abundant in termite mounds. Density of dead trees was important for Greater Yellownape and Grey-capped Pygmy Woodpecker. On the other hand, the Black-rumped Flameback appeared to avoid dense stands and preferred open areas. Finally, the Himalayan Flameback seemed to prefer areas with mature trees.

While managed forests apparently are able to support woodpeckers in the non-breeding season, large-sized trees and standing dead trees could well be crucial factors that affect breeding and thereby enable populations of various woodpecker species to survive. These habitat features are predominantly located in unmanaged forests. Therefore, if woodpecker diversity of sal forests is to be conserved, managers should encourage practices that retain large trees and standing deadwood in managed stands, or at least ensure that managed areas are connected to unmanaged forests that provide these resources.


Raman is an ecologist with Nature Science Initiative and Nature Conservation Foundation who studies how anthropogenic activities affect birds, particularly woodpeckers; he is also involved in popularizing citizen science programmes such as eBird and SeasonWatch. 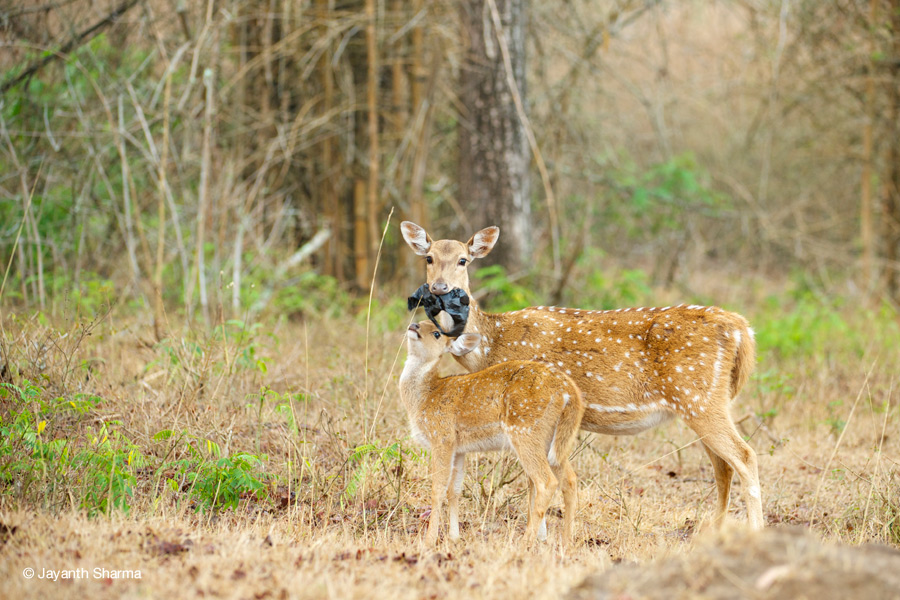