Prerna Singh Bindra
Tigers thriving in Taboda -- for how long?

Prerna Bindra
A tiger closes in

The sambar, a male stag sporting impressive antlers, stood submerged in the water, pondering over his—extremely limited—choices. His leg, bleeding, broken was giving way—he could see the beady eye of the crocodile come close, closer. He knew there was a tiger, somewhere, not far from the bank, well-camouflaged in the tall grasses. He sniffed the air, peered. Maybe not? Then heaved himself out, and oh-so-cautiously stepped out of the water, lifting one wary foot after the other…when they swiftly arose: Two tigers, on either side of him. And the hunt began…the sambar taking flight as death closed in…

This dramatic natural history moment, played in Tadoba Tiger Reserve, in mid-November made headlines. But along with the euphoria—tigers are well, and thriving, came the rider—for how long? The future of these tigers is questionable as no less than 20 new opencast mines are coming up in the fringes—threatening to choke Tadoba, and reduce its buffer into one big coal quarry and overburden dumping ground. Four of these would cut crucial tiger corridors that link the north and south Chandrapur forest divisions. Three mining leases are in the buffer zone of Tadoba. Of these, Adani Enterprises with a lease of 1750 hectares—90 per cent of which is forest land) may well be the biggest opencast coalmine in the country; while the Maharashtra State Mining Corporation Limited is a mere 3.2 km from Tadoba, and has asked for nine forest compartments to be deleted from the buffer zone to accommodate its mines. The already operating Western Coalfields Limited has sought an additional 550 hectares of forest land in Chandrapur Forest Division. The presence of breeding tigress’s in these areas is well-established. It gets worse, the Adani mine will feed the groups’ 1,980 MW power plant coming up on the edge of Nagzira Sanctuary–which is proposed to added under Project Tiger area.

The state’s blatant disregard for law, and tactical support of mines in tigerland has earned the ire of the centre—with even the PMO stepping in to question Maharashtra’s proposal to open up 5,000 hectares of forestland for coal—it may be pertinent to add here that more than 25 per cent of the states’ mining leases are on forest land. The Minister of State (Independent Charge) for Environment and Forests Jairam Ramesh has written to the Maharashtra Chief Minister Ashok Chavan categorically stating that “no mining would be permitted within the tiger reserve. The leases which have been granted are required to be cancelled,” in a letter dated September 8, 2009.

The writing is on the wall—were the mines to come up, Tadoba—and its tigers—will soon be history. No less than 15 mines currently exist on the southern fringes, which is almost obliterated by the fast growing town of Chandrapur, while the eastern part is surrounded by villages. Towards the north the only link to the Central Indian landscape—which includes critical habitats of Brahmapuri, Navegaon NP, Nagzira, Pench, Kanha tiger reserve—will be drowned by the upcoming Human river irrigation project severing a crucial tiger landscape. Herein lies Tadoba’s other tragedy. “Tigers regularly use the narrow forest corridor from Palasgaon (Sirkada) to Shivni which will be submerged by the project,” points out Kishor Rithe of Satpuda Foundation. Supporting this is a study conducted by Tiger Research and Conservation Trust which has photographic evidence to show presence of tigers, leopards, sloth bears, wild dogs, rusty-spotted cats—all accorded the strictest protection under Indian law. The project is just three km from Tadoba’s core zone. Yet, the Supreme Court cleared the dam in November 2008. However, Ramesh has asked the CM to “dispassionately review the project.” It is pointed out that the significance of the project has diminished, since a large number of small dams and irrigation projects have come up in the region since the Human dam was first conceived in 1983.

Tadoba hosts a crucial source population—43 at last count in 2007—of tigers that feed other forests in the region. But mines and other development projects will obstruct critical corridors, isolating the reserve leading to inbreeding and genetic anomalies, and eventual local extinction. Worryingly, further fragmentation of corridors will only serve to accentuate the man-animal conflict that has besieged the landscape. With a good breeding population, tigers spill over to the buffer areas or use corridors to establish themselves in connecting forests. However, with fragmented corridors and habitat, tigers and leopards have nowhere to go—currently the buffer zone is believed to house about 20 tigers, including breeding tigresses. With negligible natural prey, and over a lakh cattle dependent on forest, tigers largely live on livestock—and are killed in retaliation. Frequent encounters with villagers who forage in the forest for wood and fodder have proved fatal—about 45 people have lost their lives between 2006-2008. This year human deaths have been minimal, and while that’s a reprieve, ironically it’s also an ominous sign. Rithe warns that “this sudden end to the conflict should be taken seriously.” The only explanation for a sudden crash is that tigers in the conflict zone of the buffer areas have been wiped out (see box). The tigers are especially vulnerable outside the reserve, as poachers capitalise on the grievances of the villagers to kill tigers.

If we allow mines and dams to devastate tiger habitat, this situation will only get worse. If we sign away its forests, we might as well give up the pretence of saving our rapidly diminishing tiger population. 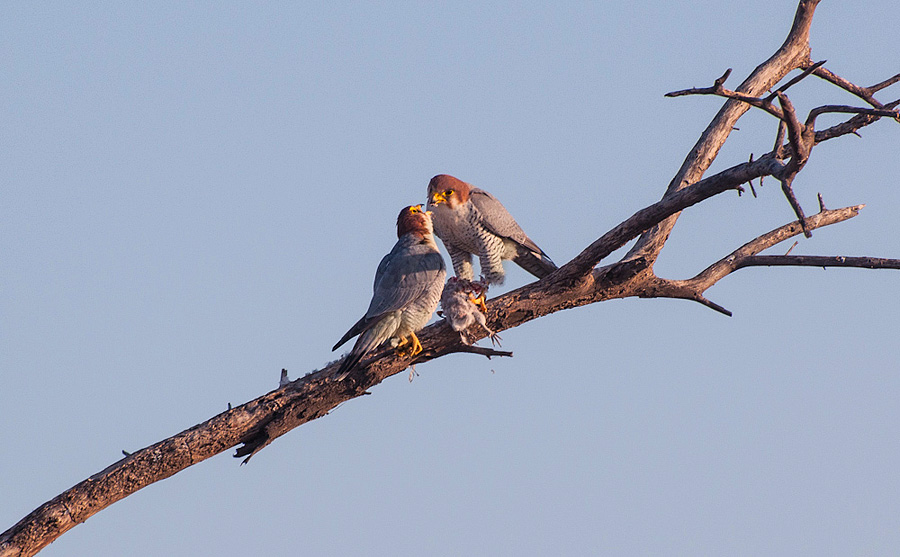