The Myth of Harmonious Co-existence 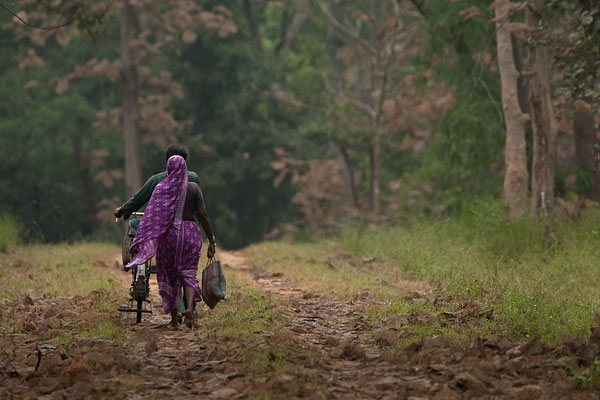 A version of the article appended below was published as a lead Op-Ed in The Hindu, India’s National Newspaper, on August 13, 2005. It was written specifically to contest the views in a new bill that was being debated in the Indian Parliament, giving ‘forest dwellers’ permanent land rights within India’s tiny and shrinking forest areas, particularly, National Parks, Wildlife Sanctuaries and Tiger Reserves. The lobbies advocating the Forest Rights Act are also pressing for modern amenities to be provided to forest dwellers living in remote areas, such as proper roads, transportation, health centers, community halls, schools, telecommunication, and electricity. Such development projects within our last-remaining wildlife habitats will sound the death knell for India’s tigers and other wildlife.

Should forest-dwelling tribal people be given permanent rights within our National Parks, Wildlife Sanctuaries and Tiger Reserves? Will such a move really benefit them? Is it in the best interests of the nation? Are forest-dwellers “integral to the very survival and sustainability of forest ecosystems, including wildlife”, as claimed in the Scheduled Tribes (Recognition of Forests Rights) Bill (now known as the ‘Forests Rights Act’ or FRA)? Can we make peace between wildlife and human communities sharing the same forest habitat, as suggested by the Tiger Task Force?

Having spent a significant amount of time with members of the Irula tribe of Chengalpet District, Tamilnadu, and the Kadar tribe in the Kerala forests, I feel a deep empathy with these simple folk. I believe however that the record needs to be set straight on the assumption that all indigenous forest dwellers live in ‘harmonious coexistence’ with nature, needing or wanting nothing more.

Living in equilibrium with natural habitats would have been true of many human communities in the past when people inhabited vast tracts of wilderness at low densities and used the resources of nature purely for their own needs. Today, you will find such a lifestyle only among a few ‘primitive’ cultures in remote parts of the world, such as the Amazon forest, New Guinea, and North Sentinal Island in the Andamans.

In India, forest dwellers now predominantly live at high densities in shrinking forest areas, putting natural habitats under tremendous pressure. Most are in a state of transition, straddling two worlds – the forests, where they reside, and the villages, towns, and cities where they sell forest produce and buy goods. With cash and commerce having entered their lives they no longer collect forest products just for their own subsistence but to supply bottomless markets.

Take my Irula friends, for example. When snake skins became a favoured export commodity in the ’60s, they roamed the countryside catching every snake they could get their hands on, skinning it alive and selling the skin to a trader. It is estimated that between 1967 and 1968, Irula and other tribal people slaughtered no less than 10 million snakes for the industry, mainly cobras and rat snakes, which are valuable pest controllers. A similar scenario unfolded when the export of frog legs was at its peak in the late ’70s. While I have no quarrel with poor folk for making a living using the only skills they possess, these are examples of the free-for-all that ensues when market forces enter the life of tribal communities.

In some cases, even personal consumption is no longer sustainable. In 1989 I enlisted a group of Kadar tribals in Kerala to help me film the rare great pied hornbill at its nest. It turned out that they knew all about the bird’s nesting habits – because it was a favourite food item. They were aware that the species was becoming scarcer each year; yet, whenever a nest was found, the helpless mother, as well as the growing chick, was collected for the pot. There was no talk of sustainable exploitation, self-regulation, catch limits or off-seasons.

The reality is that tribal people are no different from anyone else when opportunity beckons. The sooner we accept this, the better we can understand the problems of people living in and off forests.

Life in the forest

Those who perpetuate the idea of peaceful and harmonious coexistence between people and wildlife have obviously never lived in a forest themselves. Living in a flimsy, leaky shelter in the midst of elephants, tigers, and other large mammals is neither fun nor romantic. The only way to earn a living is by indiscriminately and unsustainably collecting forest produce, or by poaching animals. Permanent poverty is a given because the actual profits from forest products are all made higher up the chain by various exploitative middlemen and corporations.

As for agriculture, it rarely succeeds within a forest because of low soil productivity and depredation by wildlife. In fact, rather than ‘harmonious coexistence’ there is constant conflict between humans and wildlife when both try to share the same habitat.

Forest-dwelling communities have no doubt suffered grave injustices that need to be redressed now. But for any solutions to work, they must be firmly rooted in ground realities rather than our utopian dreams or atavistic yearnings.

Most forest-dwelling tribal people in India are well aware of life in the outside world and have the same aspirations as the rest of us in modern human society. Most continue to live in the forest because they have no other choice, and many now realize that the only way their children can avoid a marginalized, forgotten existence is by moving out of the forest and joining the mainstream.

One of the effective solutions to the perennial conflict between forest dwellers and wildlife is voluntary resettlement outside Protected Areas. In the Rajiv Gandhi National Park (Nagarahole) and the Bhadra Tiger Reserve in Karnataka, voluntary resettlement has shown great promise, thanks to close cooperation between human rights NGOs, conservationists, and Government Departments. In both cases the resettlement package offered was excellent, procedures were transparent and the relocation devoid of any coercion. From living a life of deprivation in the forest, over 650 re-settled families now have access to electricity, education, healthcare, markets and avenues of employment. What’s more, their net yields are far higher because there is no crop-raiding by animals. Both people and wildlife benefited from the move.

India’s forests, which are the nation’s life support systems, survive tenuously as isolated fragments, with less than 5% of our land area under nature reserves. There is a desperate need to protect these fragments for the greater common good. Large numbers of people – tribal or non-tribal – cannot coexist with wildlife, and cannot move forward in life merely by collecting fruits, nuts, roots and tubers from the forest.

And as for making peace between wildlife and human communities, for how long can we persuade forest dwellers, whose crops are destroyed by elephants or whose livestock get eaten by tigers, to bear with their loss for the sake of peaceful coexistence? The truth is, humans and wildlife trying to share the same patch of forest is a recipe for disaster. For lasting peace, there needs to be a spatial separation between humans and wildlife, wherever possible.

Resettlement schemes in the past often failed because of the insensitive way in which they were implemented. This has led many to believe, justifiably, that one acre of land in the bush is worth two in the unknown world outside. However if we decentralize the process, allocate realistic budgets, involve good NGOs and handhold the settlers until they find their footing, we can achieve the twin goals of improving the lives of people and decreasing the pressure on our forests.

While documenting the relocations in Nagarahole and Bhadra I interviewed many people before and after they had moved out, and their reactions were telling. Most mentioned that, for the first time in their lives, they were actually getting a proper night’s sleep. In the forest, they had to maintain a constant vigil over their crops to prevent wildlife from destroying their very means of survival. In Nagarahole there was a ripple of laughter when I told a group of Jenu kuruba who had moved out of the park, that some social activist groups had opposed their relocation on the grounds that it would destroy their culture. “Our culture doesn’t reside in the forest, it resides within us. Wherever we go, it is with us. We are happy that we are here. We have been given good land and we now have better prospects. We do not understand why some people are raising such issues – perhaps they have their own reasons”.

The welfare of forest-dwelling communities cannot be ensured through ‘one-size-fits-all’ legislations or populist slogans. The need of the hour is to devise pragmatic, site-specific solutions, which take into account, both, the aspirations of affected people, as well as the precarious situation of India’s Protected Areas. The tendency to portray conservation as inimical to people – and conservationists as a special interest group with vested interests – is a crass misrepresentation.

It is time to bury the myth of ‘harmonious coexistence between people and wildlife’. If such coexistence were indeed possible, there wouldn’t be a tiger crisis, and we would all be living in an eternal Garden of Eden. All humans were once ‘tribals’ but most now live outside forests. We humans, in fact, thrive outside forests, but wildlife cannot. If we are truly serious about preserving what’s left of our natural heritage, we need to ensure that certain areas are kept inviolate. Voluntary resettlement is a win-win solution to a chronic problem and is the only permanent way to resolve conflict between people and wildlife within our tiny Protected Areas. The time to act is now. 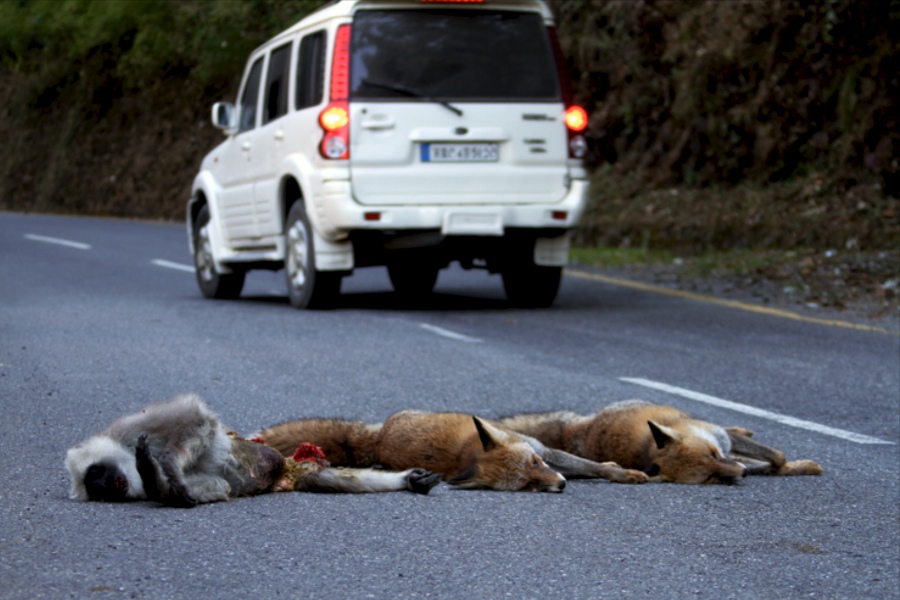