Studying Patterns of Human Injuries and Deaths Due to Leopards, Lions and Tigers in Three Countries 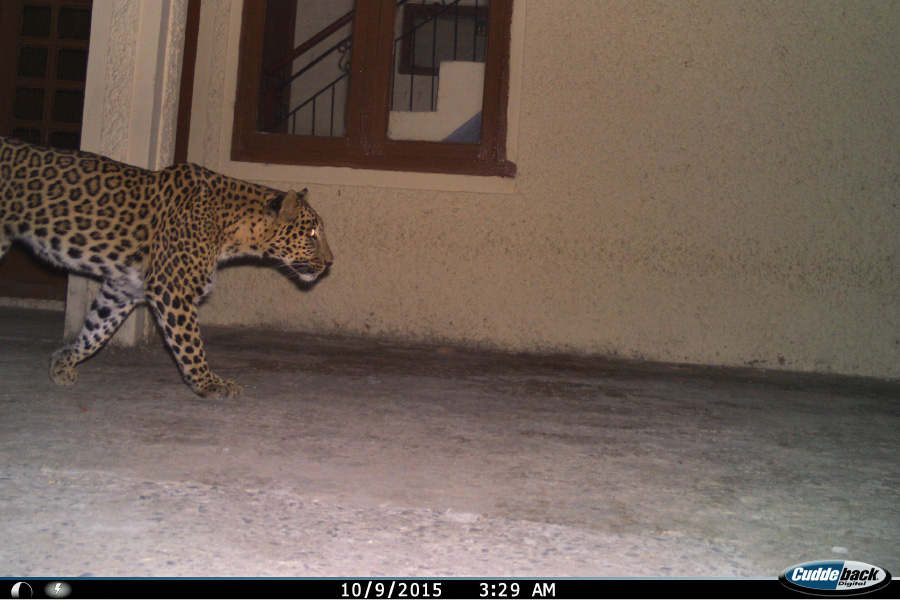 WCS-India
Many times, leopards use villages and houses to move in human use areas with minimal conflict.
Landscape type where attacks on people occurred 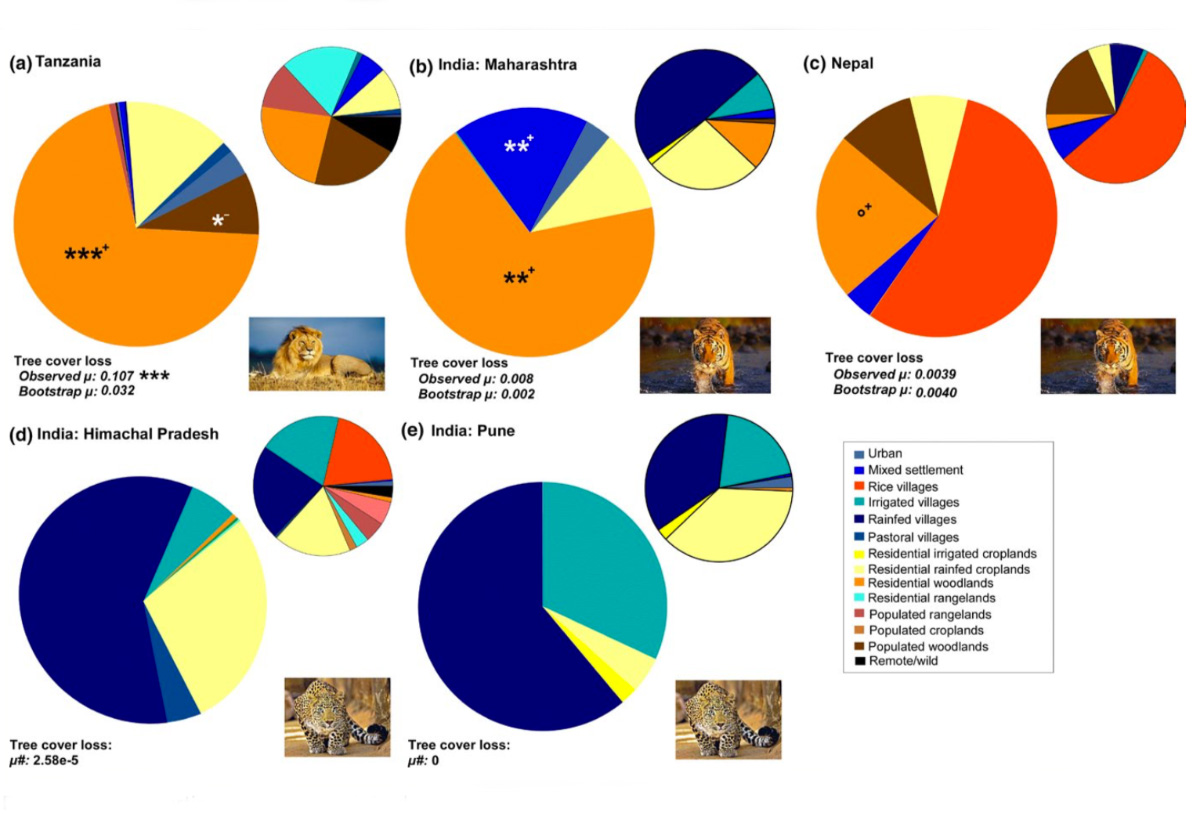 Craig Packer et al.
The proportion of human-use landscape (large pie charts) and the surrounding landscapes (small pie charts) for attack clusters for (a) lions, (b/c) tigers and (d/e) leopards is shown here. The type of landscape is shown in the legend on the right.

Human-large cat (like lions, tigers, leopards, jaguars) interactions often have an aura around them. Although there are many positive components, conflict between these felines and people dominate popular media and research. Conflict with large cats most often manifest in the form of livestock attacks, retaliatory killing and conflict between different invested stakeholder groups. One extreme and most feared form of conflict is injuries and deaths of people by these cats. Although attacks on people by large cats are rare, the few incidences that occur in isolated areas have negatively influenced people’s perception of these cats and have led to reduced public support for conserving these endangered species. The effects of this perception spread even to areas where these species are not even found. The fear of ‘man-eaters’ prevails in people’s minds to parallel the risk of HIV/AIDS, famine, malaria even though they are 20 times less likely to occur (Kushnir & Packer, in press.).

In some areas (and not others) attacks on humans by large cats do occur. For instance, in Tanzania, between 1990 and 2010, nearly a thousand people were attacked by lions and from 1999 to 2005, over a thousand people were attacked by leopards in India’s Maharashtra state. Since these instances are usually rare, and it is hard to study the patterns for one species alone, a cross species study on large cat attacks by lions, tigers and leopards was carried out in the paper published in January 2019 in the Journal of Applied Ecology. This paper was titled “Species-specific spatiotemporal patterns of leopards, lions and tiger attacks on humans” authored by Craig Packer et al. in collaboration with Wildlife Conservation Society’s Vidya Athreya and Shweta Shivakumar. Verified incidences of human injuries and deaths due to three large cats (tigers, leopards, lions) was combined from five locations spread across three countries of Nepal, Tanzania and India. An approach usually used to test for clustering of infectious disease outbreaks and crime patterns called space-time scan method was used to characterize patterns of large cat attacks on people. It was then examined whether the outbreak patterns arose from the large cats’ contrasting social systems (eg: whether they live in prides or individually) or as a result of the geographical constraints of their respective landscapes (eg: whether landscape features such as mountains and ruggedness constrain the radius of the large cat attack clusters). The results of the analysis revealed a clear pattern in space and time of attacks on humans by all three large cats. The spatial pattern of lion attack clusters were larger than tigers followed by leopards. The lions contributed to significantly more attacks on humans (in Tanzania), occurred over longer time intervals and were of a greater radius and occurred more often in areas of recent tree loss. Tiger attacks (in Nepal and Maharashtra) occurred more than expected in residential woodlands and mixed settlements. Leopard attacks (in Himachal Pradesh and Maharashtra) occurred in very small clusters in agricultural villages that were rainfed (figure 2). The occurrence of fatal injuries (65% of 815 lion attacks were fatal in Tanzania and 100% of 88 tiger attacks in Nepal, 62% of 95 tiger attacks in Maharashtra) and attacks occurring in the night point to the deliberate targeting of humans in these incidences. Majority of the lion attacks (72%) involved two or more lions whereas tiger and leopard attacks were by single individuals. Leopards and tiger individuals in the area of study continued to attack humans either until they were killed or they abandoned the behaviour. Thus it is surmised that their solitary habits do not allow the spread of the behaviour to other members of the population This analysis revealed the potential of the SaTscan method to characterize spatiotemporal patterns of attacks on humans by large carnivores whenever location and time of attack have been meticulously documented. Such documentation of attack characteristics is often a requirement for claiming compensation. Most countries that harbor endangered large cats, including India, continue to maintain ex-gratia payment schemes to mitigate conflict. Thus, this method of understanding human-large cat negative interactions can be successfully used to identify areas most in need of management intervention. It can also be used to identify a time period of safety following first attacks by leopards, lions and tigers in a region. Statistical techniques such as SaTScan can be used to detect outbreak onset, and the radius a problem carnivore can affect, and serve as an ‘early warning system’ to local communities as well as the forest administration. Mitigation efforts can then be more focused and effective.


Shweta works for Wildlife Conservation Society-India and is currently studying human-leopard interactions in collaboration with the Himachal Pradesh forest department. She holds a post-graduate diploma from the Wildlife Conservation Research Unit (WildCRU) of the Department of Zoology, University of Oxford. 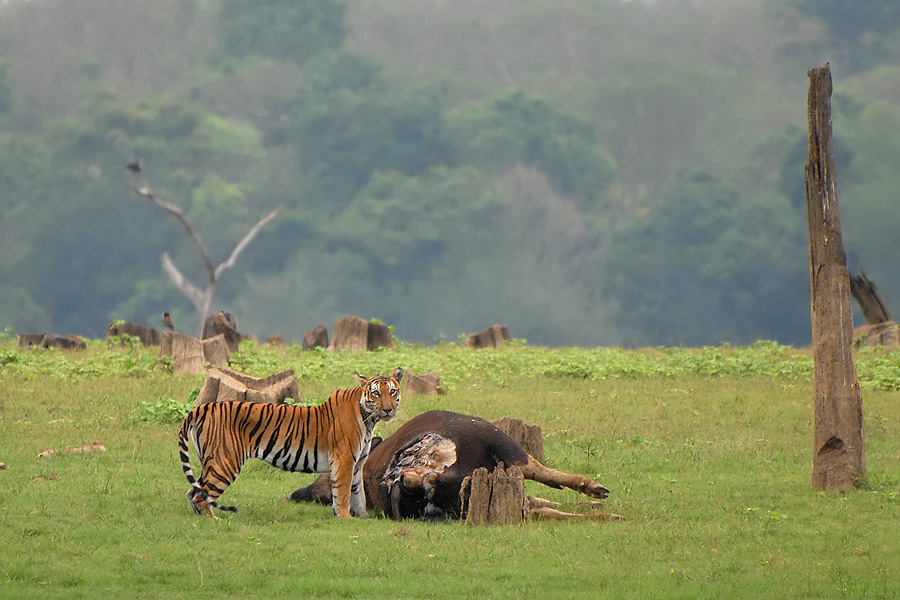