Even as our country’s urban sprawl engulfs surrounding wilderness like giant hundred-tentacled octopuses, there are still little pockets of paradise that hold out against the concrete invasion. These beautiful city forests have much to offer; not only to the local residents and wildlife but also to wildlife enthusiasts from afar.

One such little pocket of paradise is Green Valley Park in Navi Mumbai. This 50 hectare (1/2 sq. km.) patch of woodland is tucked away amidst a leafy street, barely … Read More

Asian palm civet (Paradoxurus hermaphroditus) is a nocturnal and very rarely seen animal. Although listed as least concern in IUCN’s red list, this is increasingly being poached, and traded illegally. Sadly, most sightings of late have been that of dead civets.

This berry and fruit-eating omnivore has a gastrointestinal tract with the power to ferment coffee beans, improving the caffeine content. This power is one of its biggest threats, as it is “bought” to produce kopi luwalk or civet coffee.… Read More

It’s been over a year since the Indian Grey Hornbill (Ocyceros birostris) decided to make their presence conspicuous in the Malabar Hill area of South Mumbai, just as the peacocks of ‘Doongerwadi’ and the Raj Bhavan have made theirs for some time now.

These ‘urban hornbills’, as my friend and ace birder Shashank Dalvi calls them, are seen mostly at dawn and dusk flying around from tree to tree as they are mostly arboreal in nature.

The male has a … Read More

In the middle of the city of Indore, an Indian grey hornbill pair has made its nest in a hole (cavity) on the 2nd floor of a multi storied building. Till now it is known that hornbills make nests in cavities of large trees, but this peculiar nesting behaviour has amazed the birder fraternity.

I was informed by a fellow birder that a hornbill was being seen near a building very frequently in the mornings and evenings. I immediately figured … Read More

While Red-wattled lapwings are very often seen near human habitation, their nesting is primarily carried out only on the ground. But there have been growing records of their roof-nesting habit (Saxena 1974; Reeves 1975; Tehsin & Lokhandwala 1983; Mundkur 1985; Koshy 1989; Kumar & Sharma 2011). I have been observing this roof-nesting pair for the last 5 years and feel that this is an important case-study to be shared with the rest of the community. At no point, did I … Read More

This was photographed early in the morning at Nandi hills (near Bangalore), a good birding destination with an evergreen forest patch on the top.

A Bonnet Macaque that lives in the wild, with no human interaction is a docile, shy creature. As a stark contrast, the ‘monkey’ that all city-folk know exhibits the exact opposite behavior – aggressive, thieving, angry, and dangerous even. The way this intelligent, curious species has adapted itself to whatever environment it has been introduced to … Read More 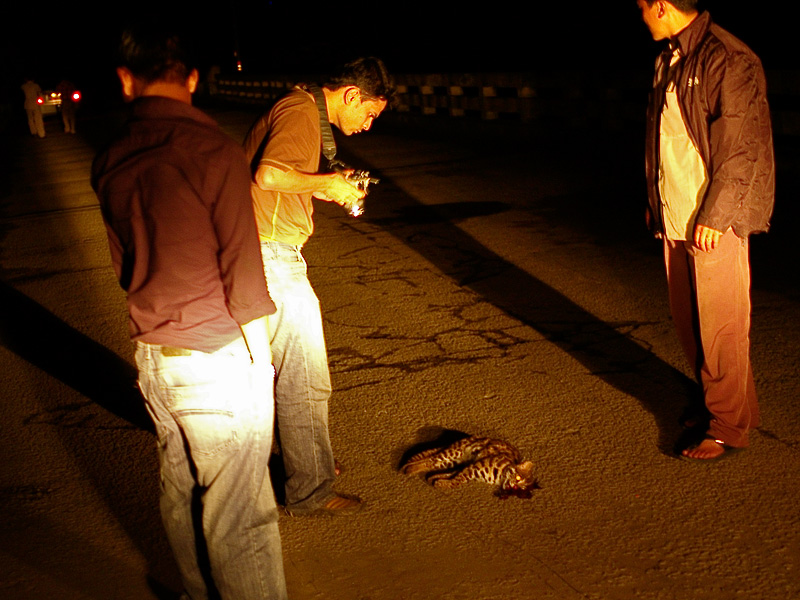