On 1-5-2011, Forest officials of the Shimoga Wildlife Division, had safely captured a male tiger that strayed into Gama village near Shikaripur. A decision was made by the Forest Department, based on consultation with WCS senior scientist and NTCA member Dr. Ullas Karanth, to release the tiger in Bhadra Tiger Reserve, rather than hold it in perpetual captivity. This decision was based on the fact that the tiger was estimated to be of dispersal age (about 3 years), healthy and … Read More

A tigress raised in captivity (T4) and transolcated and released in Panna, has given birth to cubs. She had been rescued at the age of three from the Kanha Tiger Reserve in Madhya Pradesh. The reintroduction was carried out by the Madhya Pradesh forest department with scientific inputs and monitoring by the Wildlife Institute of India (WII). WII scientist Dr K Ramesh, who leads the post-release monitoring programme for tiger reintroduction, has called it a landmark development but also cautioned … Read More

On May 1, a young male tiger which had strayed into a betelnut plantation in gama and was stoned by a mob, attacked and killed a man before it was tranquilized by the forest officials. On May 7th, the tiger was released into the Bhadra tiger reserve. Analysis of the photographs of the tiger’s release by the Centre for Wildlife Studies (CWS), a wildlife NGO which had been camera trapping in Karnataka for around two decades, showed that the tiger … Read More

A six year old hand-reared tigress has been released into the Panna Wildlife Reserve in Madhya Pradesh by HS Pabla, the head of the Madhya Pradesh Forest Department. Experts however contend that this amounts of suicide for the tigers as they cannot match wild tigers in terms of survival skills. However, HS Pabla contends that the tigress has been trained for the last six years and been bereft of human company. The tigress (along with another) were in an enclosure … Read More

A five-year-old male tiger, translocated from Ranthambore to Sariska in June 2008, on Monday was found dead within the Sariska Tiger Sanctuary by a team of Rajasthan forest officials on the trail of another four-year-old tiger “missing” since Friday.

The ambitious project to revive Sariska’s tiger population, which lost all its tigers by 2005, began in June 2008 when a tiger was translocated from Ranthambore National Park (RNP) to Sariska in a helicopter. Since then, five tigers have been translocated … Read More

JAIPUR: Having successfully completed the first phase of relocation of tigers to Sariska, it is testing time for forest authorities. Since the past three days, authorities have not received any signal from the radio collar of the T-12, a male tiger, which was recently relocated to Sariska. T-12 has been rechristened as ST-4 after its relocation.

In cheering news for wildlife enthusiasts, a tigress brought to Madhya Pradesh’s Panna National Park last year has given birth to three cubs, officials said on Sunday. The good news comes exactly a year after the reserve was declared without any tigers.

One tigress each from Kanha and Bandhavgarh had been translocated to the park in March last year while a male tiger from Pench was moved there in November.… Read More 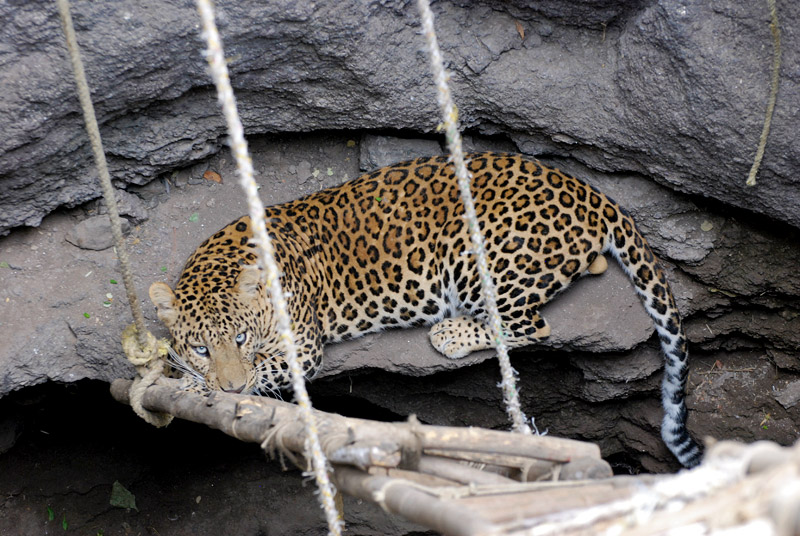