With wildlife veterinarians calling upon the National Tiger Conservation Authority (NTCA) to revamp the prevailing guidelines/SOP to deal with conflict big cats (tigers and leopards), certain changes have been brought in the procedures to be followed by the tiger range states in India from November 11, 2019. This puts an end to hiring of hunters / sharp shooters for capture operations of big cats as also calling conflict tigers as ‘man-eaters’ and finally, leaving major decisions to skilled wildlife vets … Read More

A tiger and a cow meet in a jungle. The scenario is tragically predictable: tiger kills cow, cow’s owner kills tiger. Yet in India, where repeated conflict can amount to sizeable livelihood losses and tiger declines, predicting where the scenario plays out is far from easy. However, a simple statistical method applied to mapping human-carnivore conflict could up the odds by helping people anticipate high-risk hotspots.

Our study, published in Ecology and Evolution, explored a technique that could be … Read More

Nagaland threw up a surprise for wildlife conservationists, particularly those involved with tigers in the country. A dispersing tiger, which landed in Medziphema, a small village near Dimapur on the main highway to Kohima, was tragically shot dead by panicked villagers on February 29, 2016. Tigers have not been officially recorded from the area in over a decade.

Although attacks by tigers and leopards on livestock cause devastating losses to owners around Kanha Tiger Reserve in Central India, villagers now rarely retaliate. A prompt compensation scheme by Reserve authorities may be the secret to saving cattle-killing big cats in the wild.

(The author has adapted this article from its original publication form, which appeared in Frontline)

Sweat running from every pore, Vishal exhaled with relief at the sight of his dead buffalo. For two days he … Read More

Conservationists should be concerned about saving the species, rather than every individual tiger.

The shooting of a man-eating tiger, as it happened recently in the Nilgiris, Tamil Nadu — barely two weeks after two other tigers preyed on four people in neighbouring Karnataka — invariably polarises public opinion. Locals, whose lives are at risk, want maneaters shot. Animal lovers, on the other hand, demand their “safe capture.” Caught in the middle, officials have to confront increasingly angry mobs, while authorities … Read More

They say the path to hell is paved with good intentions. That’s certainly true of releasing captive or man-eating big cats into the wild, ostensibly to ‘conserve’ them. In 2015, a wild tiger from Chikmagalur that killed a local woman, and showed no fear of humans, was captured by the Forest Department.  Unfortunately, while initial press reports indicated that it would be transferred to the Bannerghatta zoo, this dangerous animal was instead released into the Bhimgad forest against the … Read More

Nature Conservation Foundation (NCF) in association with Panthera, UK, is very happy to invite you to a talk titled “Human-tiger conflict in Russia and its relevance in India” by Dr. John Goodrich, Senior Tiger Program Director at Panthera (see bio). Given the backdrop of an alarming number of human-tiger conflict incidences in Karnataka, Dr. Goodrich’s talk will give a pertinent look at the issue and lessons we can learn from the world’s longest running radio-telemetry based tiger research … Read More

On the 28th of April 2012, I was in Valparai in the Anamalais, Tamil Nadu and was surprised to hear a report of a tiger near human habitation. Leopards are common in Valparai, and a tiger, that too close to houses, was extremely rare. The tiger was sitting in the far end of a garden near a house, and appeared exhausted and unable to move. A large crowd had already gathered, and the forest department and police did a commendable … Read More 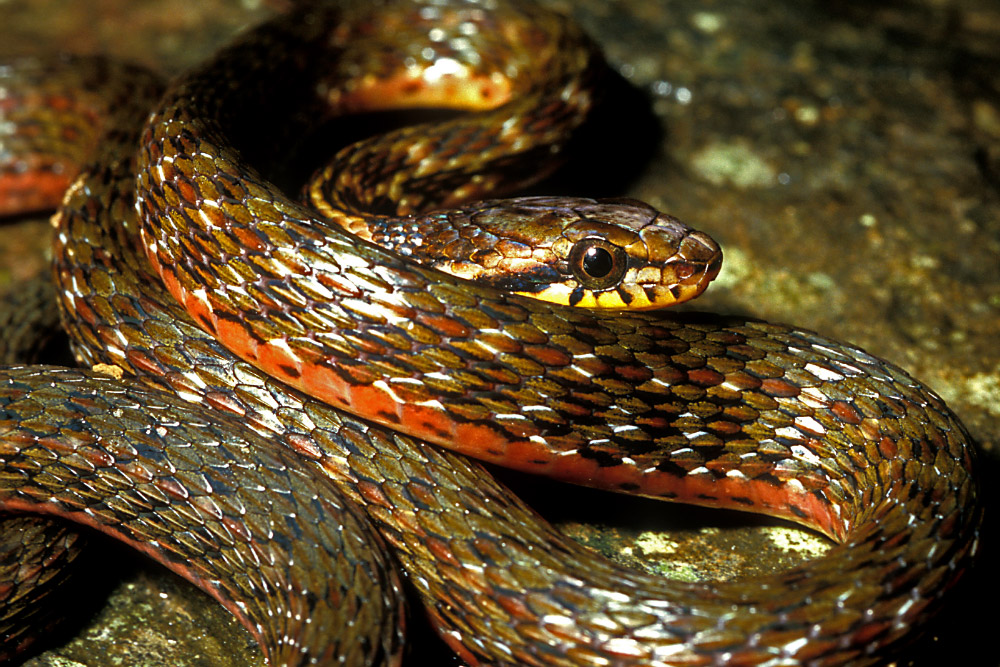 Resurrection of a Montane Snake from Northeast India