The Nature Conservation Foundation (NCF) has submitted a recommendation to the Tamil Nadu Forest Department, titled, “Elephant Corridors in the Anamalai Tiger Reserve”. The report identifies the unique location of the Valparai Plateau in the Anamalai hills, where the gently undulating terrain is suitable for elephants to move from one forest patch to another. The NCF report identifies the Ryan division belonging to the Tamil Nadu Tea Plantation Corporation as a suitable candidate for bringing under the control of Anamalai … Read More

The second elephant that was a target for radio collaring as part of efforts to monitor problematic herds, died after being tranquilized. Forest officials had already successfully radio collared the first elephant last week. The second elephant was found in the Thadagam range after intensive searching by trackers. The tusker which was targeted for radio collaring was found in a brick kiln and after all preparatory arrangements, the animal was tranquilized. It appears that the elephant ran amok after being … Read More

TIRUNELVELI, Tamil Nadu: The Kalakad Mundanthurai Tiger Reserve (KMTR) has witnessed two-fold increase in tiger population in 2010-11, when compared to the last estimate in 2006-07. H Malleshappa, Chief Conservator of Forests and Field Director of Kalakad Mundanthurai Tiger Reserve, said the tiger population was around 15 to 18 as per the tiger estimate taken in 2010-11. “This is a two-fold increase when compared to the 2006-07 estimate of six to eight tigers,” he informed. Tigers that migrate from Periyar … Read More

The kin of seventy-year old Muniappa of Thinnathur Village in Krishnagiri district will receive Rs. 2.5 lakhs as compensation from the Tamil Nadu Government. He was trampled to death on May 25th. The forest department will provide Rs. 1.5 lakhs and the rest will come from the Chief Minister’s Relief Fund. The Government has also directed that crop damage caused by elephants be assessed and compensation provided. The forest department estimates the damage to crops in the financial year 2010-2011 … Read More

The presence of four tigers has been revealed by camera traps setup in three ranges of the Anamalai Tiger Reserve. The cameras had been installed after understanding the movement of the animals through front line uniform staff and anti-poaching watchers. The cameras were installed in Ullandy, Valparai, Manambolly and Amaravathy ranges and the sightings were recorded by the ones in Ullandy and Manambolly. Encouraged by the results, camera traps have been relocated in other strategic locations to know the presence … Read More

A film is being shot on sets erected near the zero point of the Aliyar Dam. Environmental activists point out that soil has been dug up from the catchment area and that the chemicals used in the set are changing the color of the water. The polluted water endangers the fishes and the music, bright lighting and large number of people disturb the wildlife that come down at dawn and dusk to drink water. The film production unit has obtained … Read More

Govindasamy, a farmer, found a 2 and ½ feet long crocodile in his field in P. Mettupalayam village near Kavunthapadi. Alerting other farmers and labourers, the reptile was captured and handed over to the police and forest personnel. A team led by Forest Ranger G. Palanisamy rushed to the spot and rescued the crocodile. The crocodile would be released into either the Amaravathy or Hogenekkal crocodile farm.… Read More

A camera trap in Sirumugai Reserve Forest has recorded the movement of a Tiger. This is the third sighting of a tiger in the Sirumugai Range. A census conducted in March found several pug marks. The forest department plans to assess whether the tiger is a migrant one or native to the Coimbatore Forests. The Sirumugai range is contiguous with the lower reaches of the Western Ghats, Mudumalai Tiger reserve, Sathyamangalam Forests and Silent Valley in Kerala.… Read More

Six persons who were carrying deer horn and venison were arrested near Rajapalayam by Forest Department Officials. The officials were on patrolling duty near Asaymani forests when they saw some suspicious persons with a jute bag. The bag contained knives and sickles in addition to the deer body parts. … Read More

Sathyamangalam, along with Wayanad, Nagarhole and Bandipur sanctuaries is offering a protective environment for vultures. Sathyamangalam and Moyar offer open scrub forests that make it easy for vultures to spot carcasses. Since the region is located on migratory paths of animals, carcasses are plentiful too. Vultures have faced over 99.9% decline in their population since 1990s, primarily due to the use of Diclofenac – a painkiller used in livestock. Over 40 vultures of three species were found in Sathyamangalam and … Read More

The Madras High Court has declared that the Tamil Government is fully empowered to notify The Elephant Corridor in Nilgiris District. The government is also empowered by the Centre’s Project Elephant. The court order concludes that no fault can be found with the government’s action to declare the corridor, as it has acted towards Article 51-A (g) of the constitution. The GO on the topic dated August 31, 2010 had been questioned by various parties as erroneous and that it … Read More

A panther caught in a snare made out of brake and clutch cables near Sholayar Dam in the Anamalai Tiger Reserve, was freed by forest officials. The panther was found hanging with one of its legs caught in the snare which was tied to an immovable object. The animal was tranquilised and freed from the snare. In its attempts to free itself, the panther had suffered leg injuries. The injuries were treated and the panther released into the forest on … Read More

Residents of around 14 hamlets in the Masinagudi Panchayat observed bandh on March 9th, protesting against lack of clearances from the forest department for developmental activities. Many hamlets, being adjacent to reserve forests have been identified as elephant corridors or as tiger reserves. According to the president of the Forum against Harassment by the Forest Department, the demands include the setting aside of GO 145 (identifies Mudumalai Tiger Reserve core area as 321 sq. km) and implement GO 50 (where … Read More 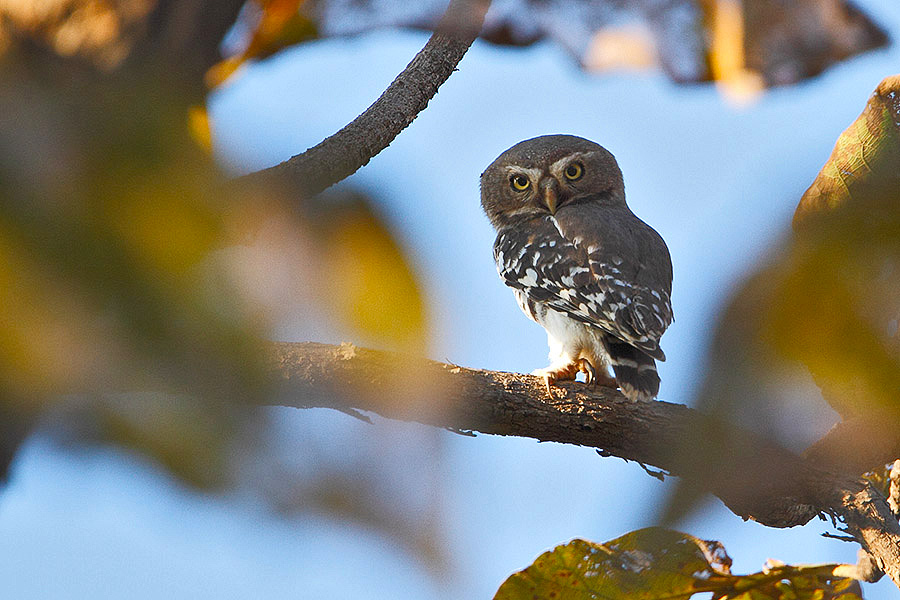