In 2005 a project was proposed for carving out a 217m tall Buddha statue out of a huge 270 m monolith of Handigundi that faces the Mysore – Bangalore road close to Ramanagaram in Karnataka. Many concerned nature lovers strongly opposed this proposal. They argued that it would not just desecrate a hillock and hill range of great antiquity, but also cause irreparable damage to a habitat that was home to a large number of birds, sloth bears and leopards.… Read More

The Mysore-Mananthavadi road passes right through the Nagarahole National Park. This particular stretch of the road is quite smooth and most vehicles zip across, at good speeds. People who have visited this park have seen a lot of wildlife around this stretch and know how dangerous it is when so many vehicles drive past every day.

This image is the last elephant of a herd that crossed the road one evening inside Nagarahole National Park, as safari jeeps and regular … Read More

A: Over the last two decades, several individuals, NGOs and even government departments have tried to save the Pallikaranai marshes from destruction. But the pressure to find land for garbage dumping, housing and office space has meant that large portions of the marsh have been eaten away. What remains is highly polluted with the city’s toxic waste, sewage and garbage. As per a draft notification issued by the Government on April 9, 2007, about 317 hectares of the marsh was … Read More

The Sai Nagar Residents Welfare Association and 98 others had filed a PIL in the High Court of Madras several years ago to prevent the destruction of the Pallikaranai marshes. The court then appointed a committee to look into the issue and provide a detailed report. The report is attached herewith and provides a detailed evaluation. However, you can file a Right to Information (RTI) petition to find out what action has been taken on the basis of the court … Read More

Dandeli Wildlife Sanctuary has seen several drastic changes in its boundaries. It was originally notified as a game sanctuary covering an area of 127 sq km on 10 May 1956. In 1975, post the euphoria of Project Tiger, it was declared a wildlife sanctuary and its area was expanded to 5,729 sq km. In 1987, to facilitate development projects – hydro-electric, a naval base, roads, transmission lines, mining and other industries – the area of the sanctuary came crashing down … Read More

The results of a study published in 2011, five years after the ban in 2006, says yes, there has been a perceptible change in the use of diclofenac for veterinary use. But there is much more work to be done for the ban to be a success and for the country to see a rise in vulture populations.

The Indian subcontinent lost 95 per cent of its vultures in just 15 years. Of the eight species of vultures found in … Read More

Olive Ridley turtles are the smallest marine turtles. They hatch in millions on certain sections of Orissa’s coasts. But due to several threats (all man-made), very few of those that hatch make it to the sea — a distance of less than a 100 metres. And even those that make it to the sea get caught in fishermen’s dragnets further lessening the number that grow into adults to come back and lay eggs.

Some NGOs are working hard to protect … Read More

Sanjay Gandhi National Park (SGNP) in the north of Mumbai seems to have always been associated with leopards attacking humans. However, a little delving into the patterns of attacks finds that conflict is a recent phenomenon. The attacks began around the nineties and took on its worst form in 2004, when in a single month in May, nineteen attacks on people were reported. Now again, post-2006, there have been no attacks on humans.

Traditional mud stoves, which depend on the forest for fuel, have been replaced by eco-friendly ‘chulhas’ in over a hundred households inside Valmiki Tiger Reserve. These green stoves are expected to cut firewood fuel use by 40 percent and thus helping the forest to rejuvenate. The households are part of 25 revenue villages in Done Valley, spread over 45 sq km in the heart of the Valmiki Tiger Reserve. The project is being implemented by the Wildlife Trust … Read More

There are probably more amateur nature photographers in India than in any other developing country in the world. India’s most popular web portal for sharing nature photography, India Nature Watch, has several thousand members, some of who now routinely produce the kind of jaw-dropping images that were once the exclusive preserve of magazines like National Geographic or Geo. While this is something to be proud of, the question we are asking today is, “is it time for India’s wildlife … Read More

A draft plan for national recovery of the critically endangered Great Indian Bustard (Ardeotis nigriceps) and the endangered Lesser Florican (Sypheotides indica) has been submitted by a special task force to the MoEF. The ‘Draft Guidelines for Species Recovery Programmes’– is hosted on the MoEF website. Comments/suggestions are invited from civil society owithin a week of issue of this notification, the website says.

Youth for Conservation (YFC), an upcoming non-profit that aims to inform and inspire the youth of the country about nature and conservation, has kicked off phase two of its outreach marathon in Tamil Nadu. The marathon, which will cover various parts of Tamil Nadu in five phases, revolves around screening the documentary, “The Truth about Tigers” by Shekar Dattatri, to fourteen and fifteen year olds and having an interactive discussion on various questions they have about the documentary and the
… Read More 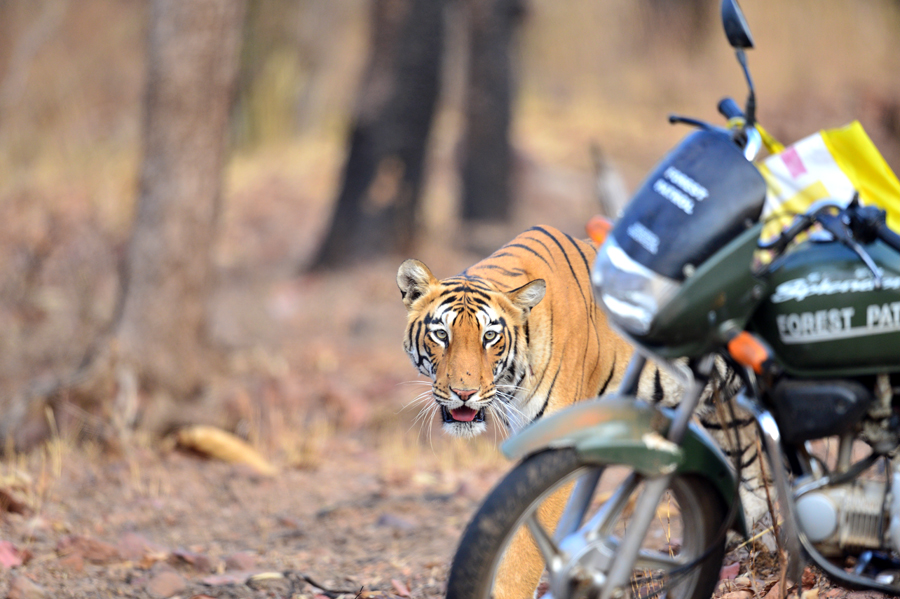