The Leopards of Mumbai 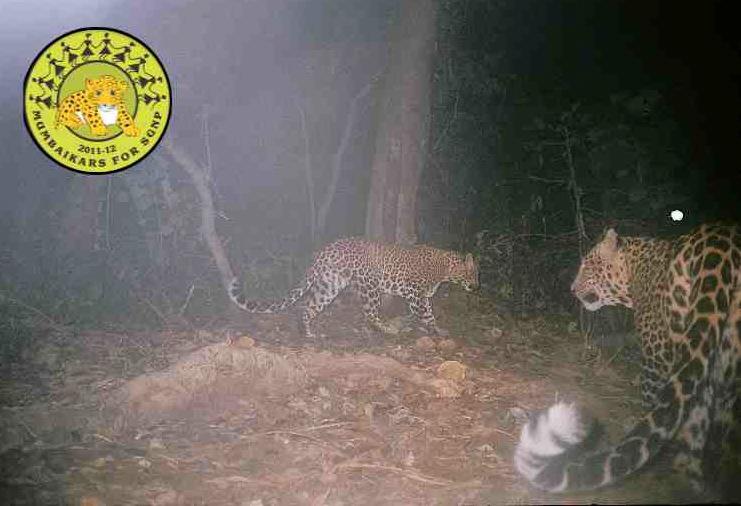 Mumbaikars for SGNP
Using the leopard as the flagship, the project aims to unite 'Mumbaikars' for the conservation of this valuable forest.

Sanjay Gandhi National Park (SGNP) in the north of Mumbai seems to have always been associated with leopards attacking humans. However, a little delving into the patterns of attacks finds that conflict is a recent phenomenon. The attacks began around the nineties and took on its worst form in 2004, when in a single month in May, nineteen attacks on people were reported. Now again, post-2006, there have been no attacks on humans.

Recently the Forest Department of SGNP (headed by Field Director Mr Sunil Limaye) have started a novel project to involve the local people, media and other stake-holders in the conservation of the Park. The project is called Mumbaikars for SGNP and a large team of interested wildlifers and sociologists are assisting the Forest Department. The Forest Department is assisted by wildlife scientist by Vidya Athreya (of Centre for Wildlife Studies, Bangalore) and her efficient team.

Mumbai – the most populous city in India – harbours more than twelve million people, and yet holds some remnants of the original forests of Mumbai in the 103 sq km that forms SGNP. The National Park is one of the most important sources of water to the city, with a significant part of its area covered by lakes. In recent decades, the Park has been slowly hemmed in by urban development, and the encroachments and land use changes in its periphery have put the area under extreme pressure.

The Forest Department’s innovative study, which is to last for one year, aims to highlight the complexities of the conflict by increasing awareness among the public. The study is called Mumbaikars for SGNP particularly because, at the end of the day, the Park needs the people to save it and the people need the Park to ensure a better quality of life.

Scientists, the media, students and nature lovers—are all participants in the project and collect basic data on leopard presence and on sociological studies on attitudes, and then disseminate the information with the help of media partners and the internet. The project focuses on providing the following information on a public platform: maps of past instances of human–leopard conflict, existing biodiversity information, and evidence of leopards from in and around the Park. The Police Department and Fire Brigade authorities have also been included as they play a crucial role during leopard emergencies.

In order to share information with as many people as possible, pictures from the camera traps are put online on popular social networking sites (like Facebook) and in regional and English-language newspapers in Mumbai.

The project aims to publicize the fact that SGNP provides innumerable ecosystem services to Mumbaikars. Using the leopard as the flagship species, this project provides a platform for local people to come together and be involved in the conservation of this valuable forest. Leopards, for the most part, live without attacking people in other parts of India and Mumbaikars for SGNP is trying to showcase that, if interventions (mainly trapping and release) are decreased, the leopards of Mumbai will live very close to high densities of humans without creating trouble.

Tragic Loss of a Tusker, Kaziranga