To Dart Or Not To Dart — Demystifying Wild Animal Immobilization

Aniruddha Belsare Ph.D
A leopard trapped in a snare that was immobilized 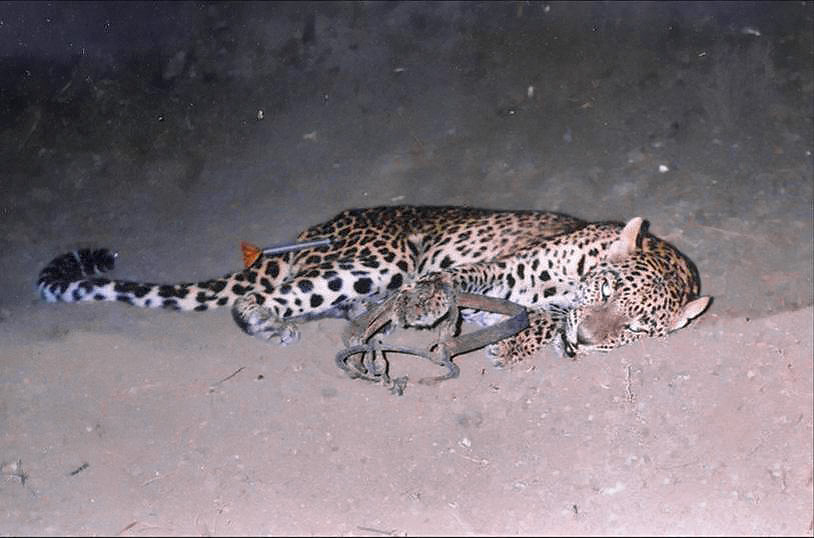 The first wild leopard immobilization I undertook was in 2003. A female leopard had been trapped in a foothold snare outside Otur near Junnar in Pune district and she had to be rescued. By the time I reached from Pune, she had been trapped for more than 12 hours, was exhausted, dehydrated, and in a critical condition.

The immobilization was uneventful: within a few minutes the animal was rescued from the trap and shifted to the nearby Forest Department (FD) nursery. I had invited Vidya Athreya, a wildlife biologist, to come along with me. Any other person would have been impressed with my expertise, but she only had questions: Why did they have to wait for you? Why couldn’t a local veterinarian handle this? She was struck by the hopelessness of the situation, especially because so little was required to rectify it. As a consequence we proposed and got support in 2004 from the Rufford Maurice Laing Foundation for a project to provide chemical immobilization training to Maharashtra FD personnel and veterinarians. This work was further extended to five other states in 2005.

Chemical restraint, a.k.a. immobilization, is used worldwide for most direct interventions of free-ranging as well as captive wild animals, particularly when a potentially dangerous animal like a leopard or tiger is found in or around human habitations – the kind of encounters that are on clearly on the rise in India. I have immobilized more than 50 wild leopards since the Otur leopard, and there have been no deaths or complications because of this. Yet, leopard rescues and other such interventions are often undertaken without chemical immobilization across India. There are several reasons for this: non- availability of drugs for immobilisation (xylazine and ketamine), non- availability of remote drug delivery systems (blowpipe, dart gun, dart rifle, etc.), lack of training and experience, and most commonly, due to the wrongly perceived risk of chemical immobilization. The fear of the animal dying during or immediately after darting and the ensuing blame game is strong. It is important to understand that no procedure involving anesthesia is risk-free. These include factors like remoteness, difficult working conditions, lack of knowledge of the health and physical condition of the animal and the fact that the animal is severely stressed. Despite all these, chemical immobilization is strongly recommended while dealing with wild animal emergencies.

To cut a long story short, ‘to dart or not to dart ’is a question never to be asked in wild animal emergencies. What is needed is sensitization of the officials and field personnel to relevant issues, demystification of the process of chemical immobilization, and training field personnel in formulating doses and in the use of remote drug delivery systems. These are critical steps to ensure a rapid and humane response to wild animal emergencies.

Living with Leopards – Conflict or Coexistence?