Book Review — On a trail with ants: A Handbook of the Ants of Peninsular India

The book is a primer to the life of ants 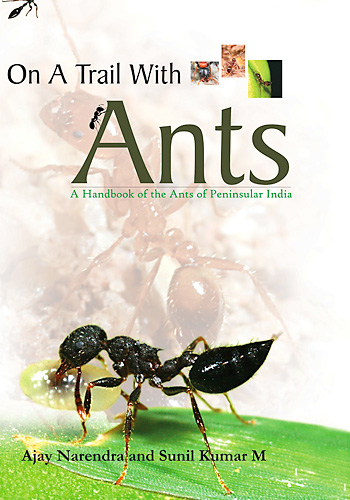 Publisher
The book covers over 50 ant species of peninsular India

‘On a Trail with Ants’: A Handbook of the Ants of Peninsular India, Ajay Narendra and Sunil Kumar M, 2006. 193 Pp. (paperback), Self-published.

‘On a Trail with Ants’ by Ajay Narendra and Sunil Kumar is a rarity. It is a book that was published despite great odds and obstacles, and as such, it is an important milestone in the history of field guides in India. Traditionally publishers in India have favoured the production of guidebooks to either large mammals or charismatic creatures such as birds. Among the invertebrates, guidebooks have usually focused on those animals that are readily visible and colourful such as butterflies. While it is not uncommon for a new guidebook devoted to birds to frequently appear, the publishing industry in India has not ventured into invertebrates. Hence, when the authors of this book tried to interest various publishers with a guidebook on ants, it was almost universally met with disinterest. The eventual publication of this book is a result of a a massive co-operative effort from a small army of well-wishers and associates, and this book is a testament to the tenacity and passion of the authors (Note: I was peripherally involved in the production of this book).

Anyone interested in ants in India would immediately realize that the only way to know the ants was to plunge into the taxonomic literature. While this is reasonable to expect at the advanced level, it is a hard task to even get access to these documents for the average school or college student. There is a big gap between the casual nature enthusiast and the professional entomologist due to the scarcity of information. It is not unreasonable to make the claim that the reason bird data are so readily available is because of the plethora of guidebooks. On the Trail with Ants seeks to initiate a similar resurgence in ant studies, and as such it sets itself a very ambitious target.

The book itself is divided into two parts. The first part (the first 8 chapters) consists of various subsections dealing with a more general introduction to the ants. Ants are such a common feature of our lives and there is virtually no land area devoid of a substantial ant presence that it comes as a surprise that there is a paucity of data about ants especially in the tropics. The chapters are designed to intrigue the reader with the various subsections dealing with the more charismatic exemplars of the taxon. These examples are not restricted to the Indian subcontinent, and include ants from as diverse places as the Amazon to the Sahara. The chapters are arranged around the wide variety of ant behavior rather than mere descriptions of the species, which in essence is short course in biology with ant examples. A large number of evolutionary and ecological concepts, including conservation, pertaining to the ants are introduced to the reader. The style of writing is informative and succinct and this is designed to whet the aspiring student’s appetite for more. One major characteristic of the writing is that examples of ant behavior and features are usually cited, referring the reader to the actual scientific paper, a characteristic that is quite uncommon in guidebooks. Personal observations are notes as such, which makes it very easy for the reader to follow up a particular train of thought or look at the evidence to judge for herself.

The second half of the book has accounts of 50 common and rare ant species of peninsular India. The section starts with an introduction to ant morphology with photographs of the features used in identification. The inclusion of a dichotomous key to subfamilies and a line drawing is not only expected for such guidebooks, but the use of design features more commonly found in bird guide books such as arrows to indicate the area of interest is very useful. The line drawings, while functional, could definitely be improved. The species accounts themselves seem to be successfully modeled on bird guidebooks. Each species is accompanied by a photograph of the ant taken in the field (in most cases) and a short summary of the main characteristics of the ant in question. These characters include information on the morphology of the ant in general as well as the main characters of the minor and major worker ants, some facts on the behavior as well as the shape of the nests. Put together, these features are a wealth of information for identifying ants in the field. Each species account is also accompanied by a table of icons that summarise information about the distribution of the ant, kinds of nests etc. The number of icons is quite large and while it is assumed that the icons and their meanings would become familiar with use, on first glance some of the icons are quite counter-intuitive. The most useful item in the species accounts is that each subfamily is accompanied by a box with two or three main features to look for to aid in identification.

Easily the most striking thing about the book is the photography. It is apparent that great care has been taken to show the reader the ant in its natural habitat, with microscope photos making up only a small fraction of the overall number of photos. The authors intend this to be a field guide, and while traditionally ant enthusiasts have been used to collecting ants and returning to the laboratory to find out what the particular specimen is, with this book it is quite possible to identify ants in the field up to the genus level in some cases. However, the absence of scale bars on the photos is notable and it detracts from the book’s efficacy.

The book ends with a table of ant distribution, a glossary and an end piece about the benefits of ants to humans. The essay on ants and technology is rather eclectic and looks a bit out of place for a handbook on ants. The book itself is finely made, with sturdy pages and clever organisation. It is easily carried into the field, and should be valuable addition to the library of the amateur nature enthusiast as well the more professional entomologist.

Since this book is a handbook, its aid in teaching is indirect and could be useful in giving the student an overview of myrmecology.

This book is a primer to the life of ants, introducing the reader to the ants of Peninsular India. Over 125 variety of ants are known from Bangalore and over 670 from India. The book sets a trend in ant studies by enabling the reader to observe and identify ants at home and elsewhere, in a non-intrusive manner. It is suitable for a varied audience, from students, naturalists, entomologists to photographers. 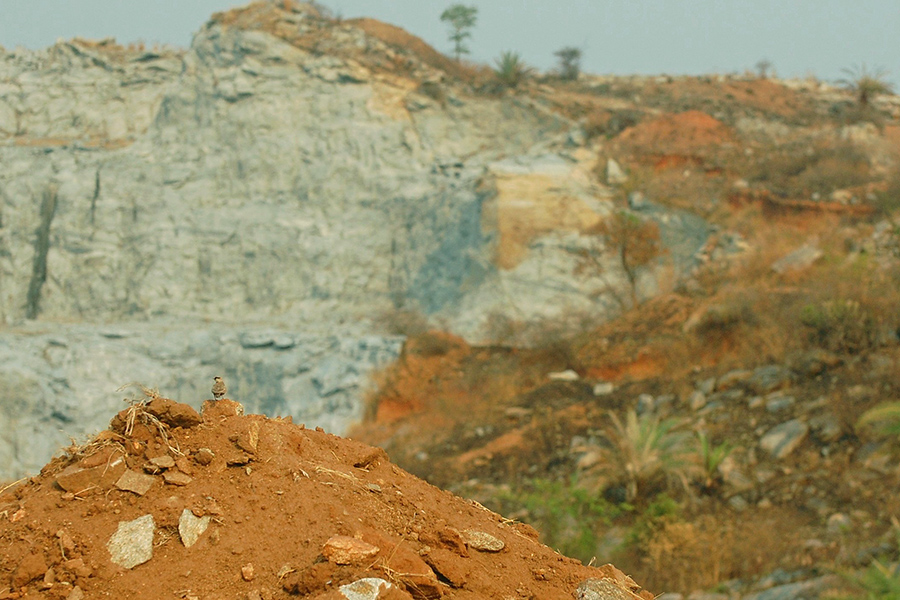 Pulling the Plug on Larks and their Neighbours