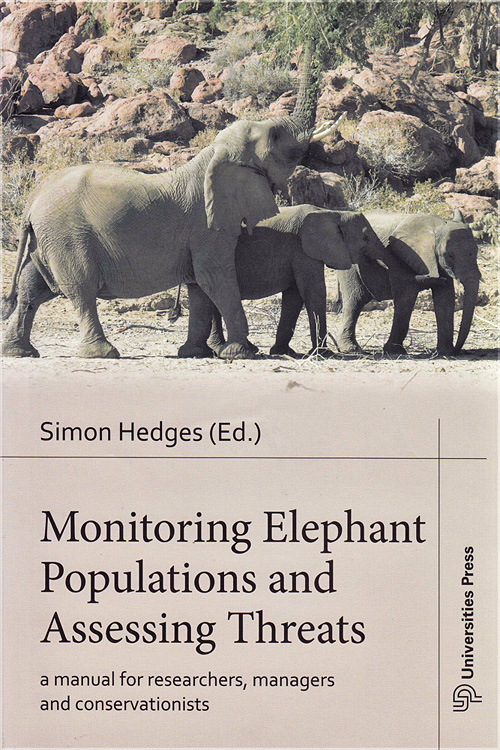 Elephants are social, group living mammals revered by people across diverse cultures in the world. Once widely distributed across a range of ecological conditions, currently distribution and abundance of elephants have both dwindled drastically throughout its range due to habitat loss, fragmentation and poaching. India holds the largest population of Asian elephants surviving today.

In spite of its conservation significance, elephant populations across many sites/countries continue to be monitored using methods and techniques that are not rooted strongly in the principles of modern wildlife science. Lack of rigorous data and reliable inputs on the population status of elephants have hampered their management across range countries. Recognizing this need, Wildlife Conservation Society (WCS) with a host of partners organized an international technical workshop in 2003 in Nagarahole reserve, India to review and suggest an array of population monitoring techniques to reliably assess status elephant populations and threats to their habitat. WCS scientists Simon Hedges and Ullas Karanth lead this workshop in which many national and international elephant biologists, senior managers and conservationists participated. The manual titled ‘Monitoring Elephant Populations and Assessing Threats’ (edited by Simon Hedges and published by Universities Press) is a result of this workshop which describes in detail both the conceptual underpinnings, as well as field protocols, that are required for a robust analysis of elephant populations. This peer-reviewed manual presents conceptually unified and statistically rigorous approaches to effectively monitoring elephant populations.

In this easy-to-use manual, four scientists from India Ullas Karanth, Samba Kumar, Varun Goswamy and Nishant Srinivasaiah among who between them have many decades of experience in monitoring elephant populations in India, have contributed to six chapters, while the remaining seven chapters are authored by other WCS scientists.

The chapter titled ‘Wildlife Population Monitoring: A Conceptual Framework’, authors James Nichols and Ullas Karanth provide the underlying statistical framework which is essential for considering and developing methods for assessing elephant populations. It succinctly brings to fore the relationship among the different methods and provides a reference basis to generate new methods that can specifically cater to needs of monitoring low-density elephant populations across large areas of inaccessible terrain.

In the Chapter titled ‘Estimating abundance and other demographic parameters in elephant populations using Capture-Recapture sampling: Statistical Concepts’, authors Ullas Karanth, James Nichols and Simon Hedges provide detailed methodological aspects of Capture-Recapture theory, which is now widely used for monitoring tiger populations. This technique has immense potential for monitoring elephants, especially individuals that are primarily targeted for ivory. This method besides enabling reliable estimation of elephant population size, can be effectively applied for monitoring population trends over time and for understanding many difficult-to-study aspects related to elephant biology such as dispersal, mortality, and movement rates within populations.

In places where direct sightings or observations of elephants are not possible (e.g. in low-density elephant habitats or in inaccessible terrains), assessment of elephant distribution and its abundance poses new challenges. Authors Ullas Karanth, Simon Hedges, Samba Kumar and James Nichols provide insights into a new occupancy sampling approach which is increasingly used to assess population status at large landscape scales (across tens of thousands of kms) in a Chapter titled ‘Estimating distribution and abundances of elephant populations from sign surveys at the landscape scale using occupancy modeling: Statistical Concepts’. This method, although conceptually similar to capture-recapture sampling, makes effective use of the fact that elephant signs (such as dung piles and track-prints) are more readily visible and available for survey than the animals themselves. This method is very useful for long term monitoring of elephant distribution over large areas.

While the above three chapters focus on covering the underlying theory behind each of the major methods employed to monitor elephant populations, the other chapters, Estimating density and abundance of elephants from sightings along line transects: field methods; Estimating abundance and other demographic parameters in elephant populations using capture-recapture sampling: filed practices and; Estimating distribution and abundances of elephant populations from sign surveys at the landscape scale using occupancy modeling: field methods – all authored by WCS-India scientists prescribe detailed survey protocols that ought to be followed in field while implementing these three main sampling methodologies: Capture-Recapture, Distance sampling and Occupancy sampling. These practical chapters are intended to provide to the practitioners a good idea of how to use a particular method in the field meeting all theoretical considerations.

This manual also has a chapter that helps to choose a particular sampling method depending on the goals of monitoring and the resources (both technical and financial) available for such a monitoring exercise.

This manual is freely available for download from US Fish and Wildlife Service website. The chapters authored by WCS-India scientists can be obtained via www.wcsindia.og. 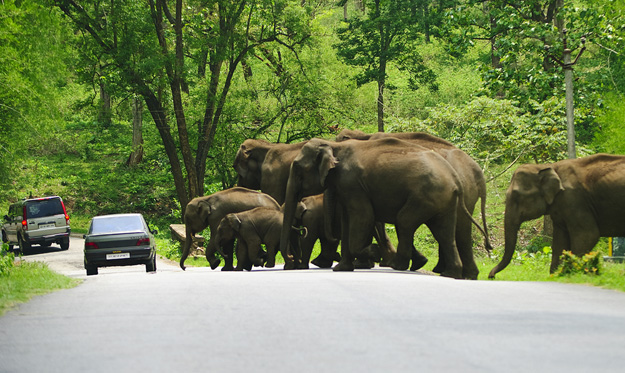