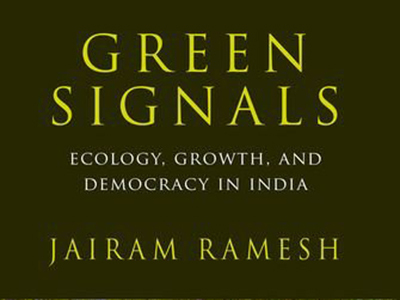 Before we delve into the book, let’s consider the author, former union minister of environment and forests, Jairam Ramesh, whose image was arguably larger than the chair he occupied. Was Ramesh ‘Mr Green’, or a ‘Green Terror’ as labeled, rather unkindly, and certainly without merit, by a mainstream weekly magazine? The statistics speak for themselves—even during Ramesh’s tenure there was no letting up in the clearance rate: The ‘green signal’ to projects continued to be 95 per cent upwards, including those causing irrevocable damage to pristine habitats, and despite opposition of local communities. What Ramesh brought to the table was something that was rarely seen, either through the regime of the UPA government, and certainly, in the current NDA rule—transparency, engagement with civil society, an eagerness to understand the subject in all its nuances, and most importantly, an endeavour to build and consolidate institutions.

At the launch of his book, Ramesh quipped – in his usual irrepressible manner that, “This is not a kiss and tell book. It is not a work of fiction. So if you are expecting a Sanjaya Baru or Natwar Singh type book, you are going to be very disappointed.”

Indeed it is not; far from it. And therein lies the worth of this book. The functioning of the Ministry of Environment & Forests has been notoriously non-transparent, lacking accountability. And here is Green Signals, a factual, almost word-by-word record of the 25 months of Ramesh’s tenure. It gives us a background, and tells us the ‘whys’ and the ‘hows’ of decisions and policy-making in what was easily the most contentious period that the ministry has seen to date.

The author begins by saying the book is “about how he became from an ‘enviro-agnostic’ (Ramesh had played a role in the 1991 economic reforms, besides holding positions in the miniseries of commerce, power, finance and the Planning Commission) to an ‘enviro-believer’. However, it would be amiss to describe it as a personal journey. It is more of the ministry’s approach to the increasingly high pitched “growth vs environment” debate, with emphasis on the growing belief that it is not an ‘either-or’ choice between the two. Ramesh calls for a need to redefine this paradigm: Growth is not just about a rising GDP, but must be inclusive, sustainable and “in a manner that is more mindful of its impacts and consequences.” Green Signals offers well-grounded justification on India’s imperative for environment conservation, and makes a strong case on India taking Climate Change seriously—not to do the world a favour, but as a responsibility to itself, given its extreme vulnerability to impacts. It speaks of inter-generational equity, “our impatience now cannot jeopardise growth prospects later.”

Within these broad paradigms, Ramesh writes on the coal saga, and the energy dilemma–for instance, how does India meet its growing energy demand without destroying vast swathes of pristine, wildlife-rich forests, underneath which lies the coal. One chapter deals with the “trade-offs” citing individual cases—like the nod for mining in Saranada (Jharkhand), which would destroy what is Asia’s finest Sal forest, but was “essential for SAIL’s survival”, or the conditional permit for the Navi Mumbai airport with its deleterious impact on mangroves. Many of Ramesh’s decision are relayed through ‘speaking orders’, a tool Ramesh mastered in a bid to be transparent. They had their merit in removing the opaqueness, which is legendary to the MoEF, but were as vulnerable as any other tool to manipulation. The same arguments that that worked in favour of halting the destructive mining in Niyamgiri did not hold true when it came to the Korean steel magnate POSCO’s steel plant. More of such speaking orders, speeches, parliamentary questions, and letters are chronicled in the 600 odd pages. On the other hand, also included are Ramesh’s whimsical—and opinionated—observations, “tiger mortality is good news for tiger experts.”

The book details the various issues that kicked up a controversy: the go-no-go areas for coal mining, violations of environment laws by the Adarsh housing society, the Bt-Brinjal debate and the moratorium on its commercial introduction, India’s stand on Climate Change negotiations, and the various big-ticket projects—POSCO steel plant, Vedenta’s mining plan for Niyamgiri, Jaitapur nuclear power plant off the Konkan coast, among others. A chapter that must be mentioned here is ‘Beyond Clearances’. Simply because it draws attention to the MoEF’s actual mandate–to ensure the country’s environment and ecological security, and not to be a clearing house for projects, as it is increasingly perceived. Here, one is acquainted with the MoEF’s rarely seen avatar of defending its turf—urging the then Gujarat CM Narendra Modi to protect the critically endangered Great Indian Bustard to devising fiscal incentives for state governments on environment parameters.

As the book largely extols on the thinking that dictated the former minister’s approach, the reader may get a sense of the book being a self-serving exercise of building up Ramesh’s global image as an articulate South politician, in the arena of Climate Change and environment. Ramesh is at pains to point out, he is no environmentalist, and repeatedly draws attention to the throne of thorns he occupied, with the consistent tussle between the “two cultures” of environment and development. Incidentally, Ramesh’s well-crafted speech on the two cultures is a must read, as are the other essays chronicled here.

The narrative is prosaic—but at no time banal. The writing is crisp, lucid, and even though the subject is heavy, it makes for interested reading. And occasionally, through the officious sarkari documents, Ramesh lets a not-so-diplomatic dig slip through. Like the letter to the then Union minster of steel, Virbhadra Singh, “In today’s newspaper, I read about your adivse to me to be pragmatic, not dogmatic. Your advise is well taken. The problem is that all ministers want me to be automatic.”

Green Signals is undoubtedly a very useful addition on the shelf for researchers, scholars etc of the subject. But its value is far beyond that. It is recommended as a must read for policy-makers, as well as India’s increasingly politically conscious citizens to understand nuances of an issue that will—in fact, does—influence the country’s future in ways which most of us fail to grasp. One may not agree with what Ramesh espouses, but no matter which ‘culture’ we belong to, read, and join the debate. 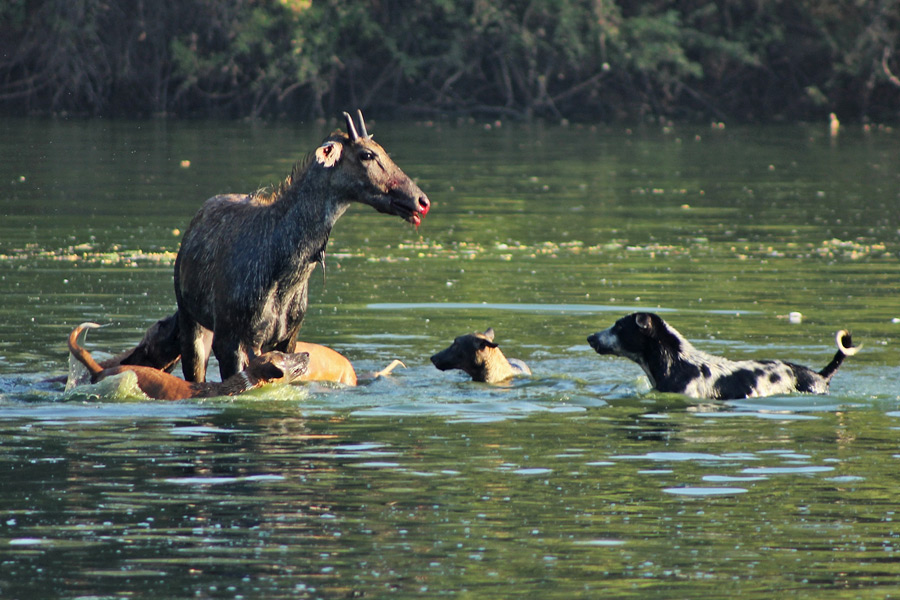