Safe Passage for Elephants in Rajaji 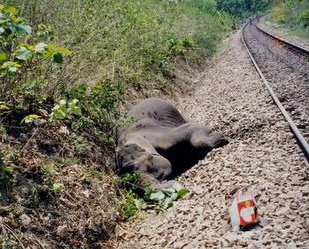 Wildlife Trust of India (WTI)
The railway line which joins the holy city of Haridwar with the busy state capital of Dehradun, had seen 20 elephant deaths between 1987 and March 2002.
Bholu -- the Indian Railways mascot

Once a killer track, Rajaji Park has seen no elephant deaths in six years.

Over the past seven years, over 75 elephants have been killed in train accidents across India — more than those killed by poaching, at least officially — and the carnage continues in Assam, North Bengal, Uttar Pradesh, Karnataka and Tamil Nadu. Yet, in the same period, no blood was shed on the track that cuts through Rajaji National Park (Uttarakhand) and its Chilla-Motichur elephant corridor. This line connects Hardwar and Dehradun, and was nicknamed the ‘killer track’ for the many elephants it felled. Between 1987 and March 2002, it took 20 elephants — tuskers, pregnant females and frisky calves included. Sambahr, cheetal and other wildlife.

Not any more. For the past six years, no elephant has been stilled by a train tearing through its terrain. It was a particular gruesome incident in 2001 that set the ball rolling. A calf was hit by a train. It lay bleeding, writhing in pain. The mother refused to leave its side, charging at the crowd that gathered — and at the officials and vet who came to help even when the The calf died, finally, released from its agony..but the mother stood by the body for over two days, trying to lift her child and bring it back to life.

This incident inspired a mammoth effort to halt this massacre. The first task, a detailed study by a Delhi-based NGO, Wildlife Trust of India-IFAW, revealed that of the track that runs through the park, the 18-kms between Kansrao and Motichur were most vulnerable and where most accidents took place, mainly at night. Vegetation around the sharp bends marred visibility, and steep mounds along the lines prevented escape, even if the elephants were alerted by the sound and vibrations of a train. Accidents increased in summer, when elephants crossed over for water, since the perennial water sources were concentrated on one side. The trains’ speed, over 70 kmph, was another factor.

In September 2001, the state forest department organised a workshop for government officials and NGOs. Based on the report, mitigation measures were put on track. Awareness workshops sensitised railway staff and guards. Mounds along the tracks were cleared, as was vegetation on blind bends. Existing water holes on the southern side were desilted, and new ones created, to discourage elephant movement. Passengers, too, were asked not to throw food out of windows, which attracts animals to the track. Importantly, the Motichur- Kansrao stretch was declared a special caution zone, and the railways agreed to reduce speeds considerably on it. It was the coordination, cooperation and hard work of all departments—the forest, railways and an NGO that contributed in making this effort a success.

Much credit goes to the Railway Patrolling Unit, set up to monitor elephant movement along the track. When elephants are sighted along the track, the Unit informs the station manager, who alerts the driver. The Unit sends signals with torches, and also drives the elephants away. The unit is manned by forest guards and watchers who do this work besides their normal patrolling duties. The result? Many an elephant is saved a gruesome end.

But there are tough times ahead. Train traffic is expected to increase dramatically, which means additional measures must be considered. The state government has proposed an overpass of 1.5 kms over the track, but this has been rubbished by experts, who say large mammals like elephants won’t use it. Instead, the existing underpass should be widened so that elephants can pass through, thus ensuring continued safe passage through this vital elephant corridor.

Train accidents continue to take a huge toll on wildlife. The other three sensitive spots where fatalities are particularly high are in North Bengal, Assam and Tamil-Nadu Kerala border. Since 2007, 17 elephants have been mowed down  in the Alipurduar-New Jalpaiguri route which passes through 74 km of forest. In March this year, a female elephant was killed when a speeding goods train dragged it for about 100 metres in the Deepor Beel wetland — a Ramsar site. This was the sixth elephant to be killed on these tracks in the past three months. In January 2010 four elephants were killed by a speeding train on this stretch prompting the Minister of State for Environment and Forests Jairam Ramesh to express his distress at the very high mortality and take up the issue with the railway minister Mamta Bannerjee. The other ‘killer’ stretch is the Palakkad-Coimbatore track–three elephants, including a pregnant female, were crushed by a train in Coimbatore in February 2008, and the death toll is rising.

The world’s largest rail network is  among the biggest killers of these gentle giants, and the irony is that the mascot of the Indian Railways is Bholu, an elephant.

If we are to bring down the fatalities a concerted effort is required from all concerned agencies—it’s a tough job, but as has been seen in Rajaji, where there is the will, there is a way. 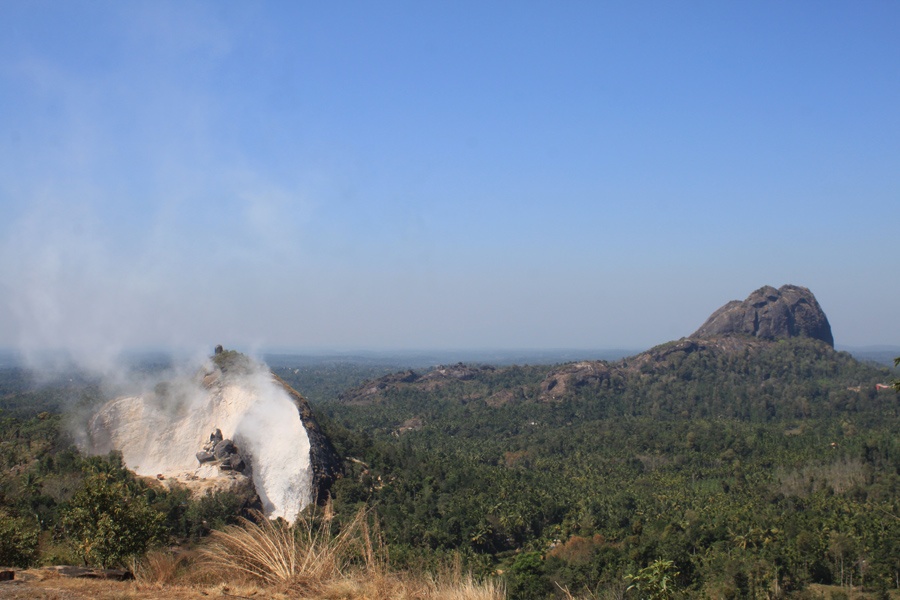