The Ethics of Utilising Drones in Wildlife Conservation and Monitoring 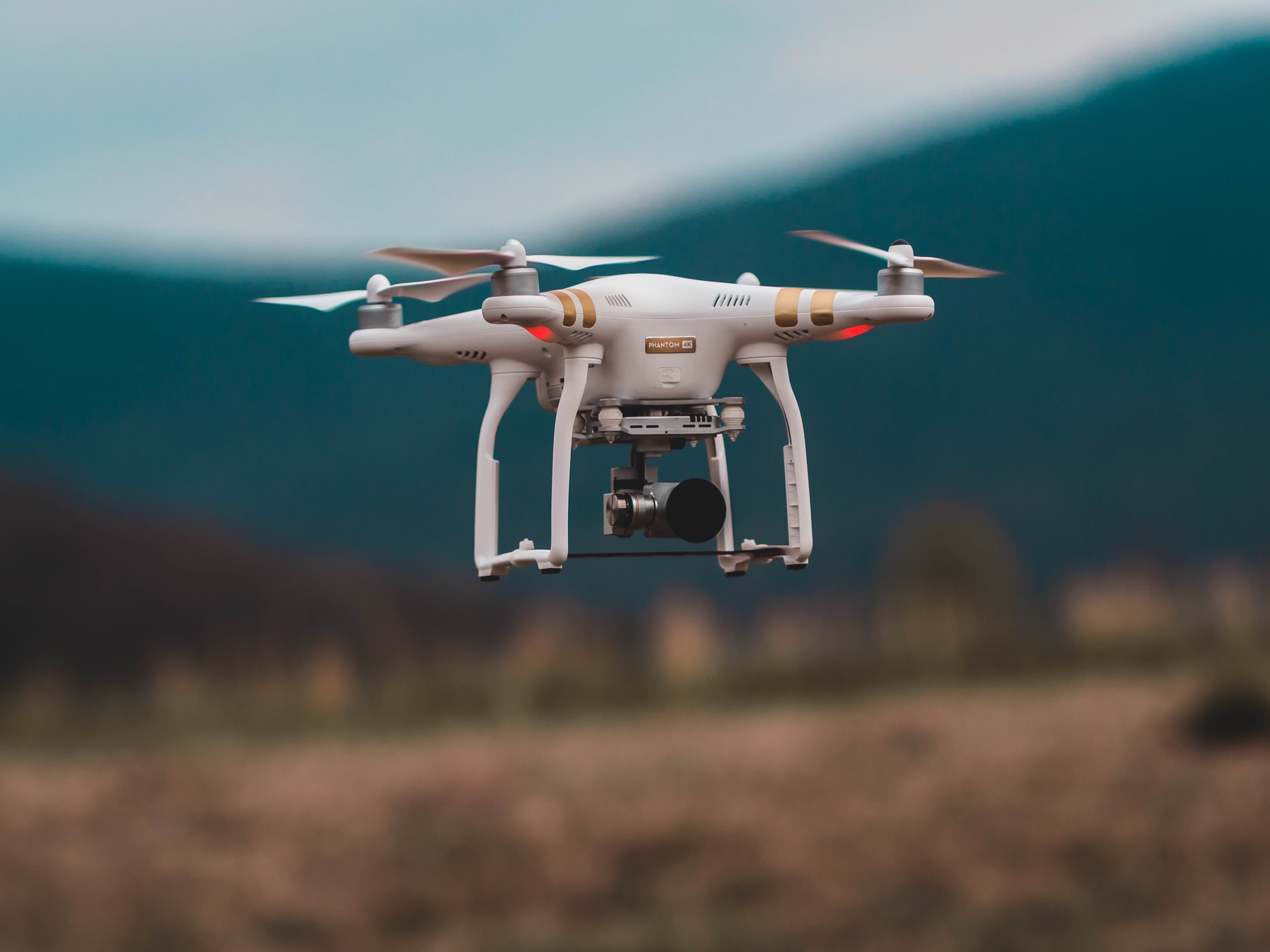 Drones are used in monitoring coastlines and fisheries.

Applications of Drones in Ecology Research

Conservation technology is a growing field, and right up in the forefront are drones, or unmanned aerial vehicles, which are either operated by a remote controller or programmed to fly unaided. Drones have had a long history of use in the military and by large tech companies in mapping roadways, and their applications in conservation and ecology are growing.

Drones have various uses in wildlife conservation and monitoring, especially given the smaller sizes and more-affordable costs associated with this technology in modern times. Examples include using drones to count dugongs in Australia (Hodgson et al. 2013), elephant population monitoring in Burkina Faso (Vermeulen et al. 2013), and in measuring forest biodiversity (Getzin et al. 2012). They are also widely used in monitoring illegal activities such as poaching or deforestation (Koh and Wich 2012; Schiffman 2014). In South Africa, Malawi, and Zimbabwe, a company called UAV & Drone Solutions operates in tandem with local national parks to pick up poaching activity after dark. Kaziranga National Park was the first protected area in India to utilize drones in targeting rhino poachers. The Royal Society for Protection of Birds (RSPB) is using drones to monitor the nests of several endangered species of birds in Britain.  Another common application is in collecting high-resolution aerial imagery for remote sensing analysis. Commissioning data from private satellites is expensive and often not feasible, but with drones, researchers can collect better quality data for a lower cost and over their specific area of interest. UAVs are also used to track wildfires and their spread, playing a role in disaster mitigation (Jones et al. 2006). Recent applications include the use of drones in pest management, where pesticides are loaded onto drones for spraying large swaths of cropland, as seen during the locust swarm.

While the conservation applications of drones is clear, they are also accompanied by several ethical implications for humans and wildlife involved.Much of the research on the ethical repercussions of drone use in wildlife research stems from the work of Sandbrook (2015), which provides the only comprehensive overview of this topic.

Drones can help counter issues related to safety of manned aerial surveys since there is no pilot involved and they can be flown into remote locations which might otherwise be inaccessible (Jones et al. 2006). In the case of a crash scenario, their smaller sizes are likely to cause less damage which means ground staff who operate them do not face the risk of injury. Rotary wing drones might be more dangerous than fixed wing drones because in the case of a mechanical failure, the former tends to fall vertically onto the ground while the latter can glide down and land safely (Sandbrook, 2015).

Sandbrook describes drones as the technology of “new surveillance.” Questions have been raised about the ethics of monitoring people from the air without prior knowledge (especially poachers) and it is not clear to what extent it can be considered to be an infringement of privacy. One of the major concerns of drones is their smaller sizes allowing them to be flown into spaces which otherwise might be considered to be private.

Drones used for conservation are likely to collect information about people which could be used to identify them and their activities without consent. Such research data might have negative repercussions for the people involved when published.

Drones have the potential to cause considerable fear and confusion among those on the ground. Most times, this is due to a lack of transparency and understanding over the reasons behind drone use. This can lead to people generating conspiracy theories, suspicions and fantasies and this is particularly true when they are used in remote areas where people have little knowledge about electronic devices. According to Sandbrook, testing of conservation drones in Tanzania caused alarm amongst locals, due to a prevalent local belief in a supernatural creature called Popo Bawa (Bat Wing in English) which flies at night, paralyses its victim, then swoops down and rapes them. Drones also replace face-to-face interactions, which can negatively affect relations between local people and conservation workers.

Finally, there might be concerns about how data collected using conservation drones might be used and to what means. This data might also be shared with wider networks such as research organisations in other countries. The other major concern is that drones can be shot down, collected and dismantled by those wishing to get access to the data (often hackers).

Perception of drones by wildlife is related to their habitat, species type, and type of drones and method of its operation. Large, noisy drones may instigate a fight-or-flight response in wildlife, especially if the drone approaches wildlife directly and at high speeds. Studies have shown that birds are most impacted by drone use, and herd species tend to respond more dramatically to approaching drones ((Mulero-Pazmany et al. 2017). However, more research is necessary on how wildlife is affected by drones.

Most studies which use conservation drones do not acknowledge the social implications associated with them. More research on the social implications of drone use is required. Research using drones should obtain clearance from the institutional research board and the ethics committee should evaluate the anticipated benefit of the use of drones for the study. The drone operator must have undergone drone piloting training and should comply with civil aviation regulations. Additionally, researchers must employ transparency regarding the use of data collected by these drones. Sandbrook (2015) recommends that any sensitive images collected by drones should be blurred or removed prior to publication of data to protect the privacy of involved individuals.

The ethical evaluation of drones in wildlife research involves the systematic analysis of the action of the person operating the drones, his intention and the consequences of his action. Hodgson and Koh (2016) recommend that researchers should err on the side of caution when conducting studies in protected areas where they cannot make an informed decision about potential disturbance of drones to wildlife. Animal behaviour before, during, and after drone operation should be monitored and if excessive disturbance is recorded, the operation should be aborted. Wildlife response to the drone, and the drone’s technical specification, operational condition and result should be reported clearly in publication (Barnas et al. 2020). Additionally, the publication should mention any accidents that occurred during operation. These may assist in redefining ethical protocols and help in integrating drones into future research.

The use of drones is a formidable step towards technological application in wildlife conservation and forest management. However, as with all research applications, ethical drone usage is key to their continued use in conservation research.