A Roadmap for Dhole Conservation in India 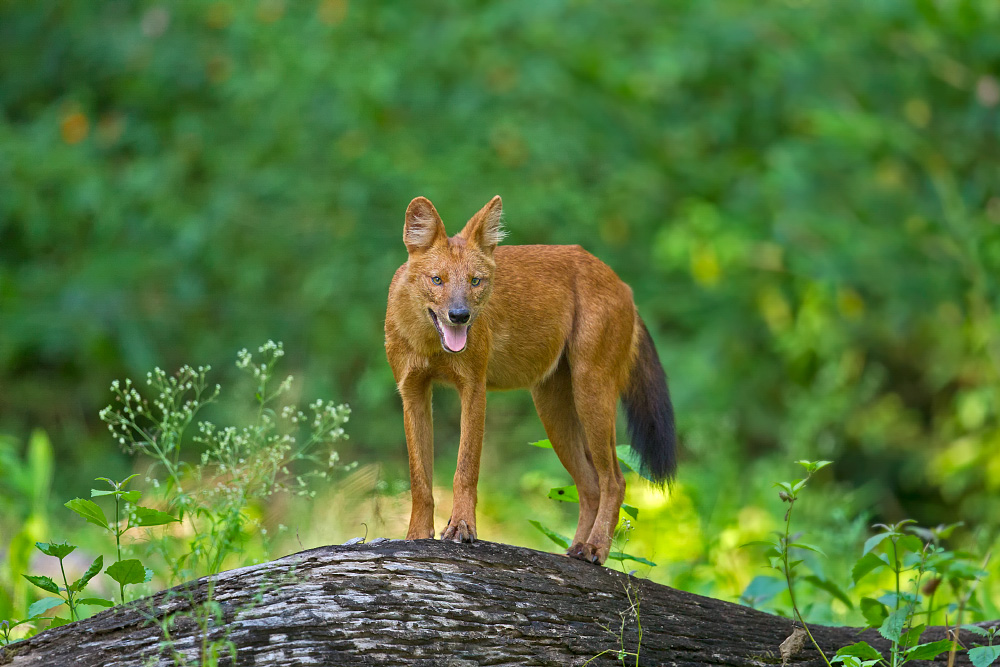 Country-level species conservation plans serve as a blueprint for identifying important areas, prioritizing management actions and judicious use of conservation funds. India is a biologically megadiverse country, yet many threatened and endangered species do not have science-based conservation plans. In a new study, scientists from Wildlife Conservation Society–India (WCS-India), University of Florida, Wildlife Conservation Trust (WCT), and National Centre for Biological Sciences (NCBS) propose a detailed framework for conserving the endangered dhole in India using a combination of ecological, social, political and administrative information.

Recognizing the need for a countrywide plan for dhole conservation, researchers of the recent study first made a detailed assessment of the current status of dholes in each State. Based on the relationship between dhole occurrence, forest cover, protected areas, human populations and cattle densities, the authors then identify taluks or tehsils for targeting management interventions — areas where dhole populations need to be recovered, areas warranting improvement or expansion of forest habitats, and areas with potential for dholes to expand their distribution range. The authors also evaluated State-wise conservation capacity using multiple criteria, like GDP share, poverty levels, State and central budgetary allocations for forest/wildlife sectors, and rejection rate of forest clearances. 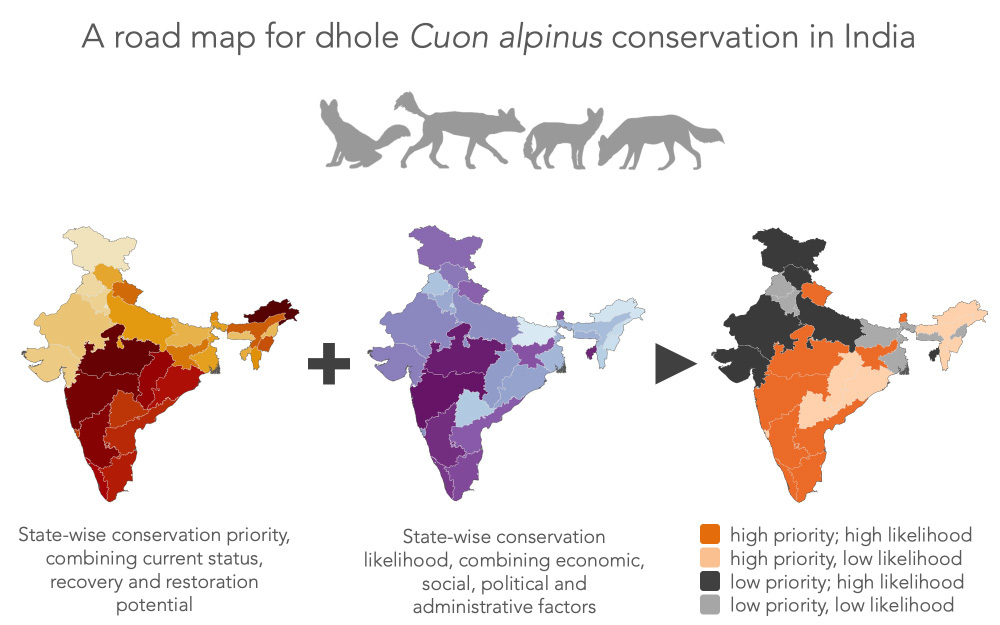 The study reports that Karnataka, Maharashtra and Madhya Pradesh ranked very high on the priority scale, and are adequately equipped to maintain status quo, consolidate forest habitats, and recover dhole populations by increasing prey densities and reducing pressures on forests. On the other hand, Arunachal Pradesh, Chhattisgarh, Odisha, Telangana and Goa will need to increase financial investments towards forest/wildlife sectors, and also resolutely reduce the ease of granting forest clearances for infrastructure projects. Additionally, improving habitat conditions and prey densities in the Eastern Ghats of Andhra Pradesh, Telangana and Odisha would strengthen the link between dhole populations in Western Ghats and Central India.

Despite their endangered status, there is a persistent lack of resources and policy focus on dhole conservation. Besides the comprehensive assessment of dholes in the country, the study also provides an analysis of the current state of knowledge through a review of all published literature on the species. In doing so, the scientists identify critical gaps which can be bridged through increased funding for dhole research and conservation in India and across its distribution range.

Dholes play an important role as apex predators in forest ecosystems. Besides the tiger, the dhole is the only large carnivore in India that is under IUCN’s ‘Endangered’ category. Even as a country that perhaps supports the highest number of dholes in the world, there are no targeted management plans for scientific monitoring of the species. With their population purportedly on the decline, India has an opportunity to pioneer systematic monitoring and conservation of dhole populations. The study in discussion offers a primer for designing a country-level plan to implement conservation actions.


Arjun is a wildlife biologist who works on the conservation ecology of large carnivores in India. He earned a PhD from the University of Florida (USA), and is a Research Associate with Wildlife Conservation Society–India. 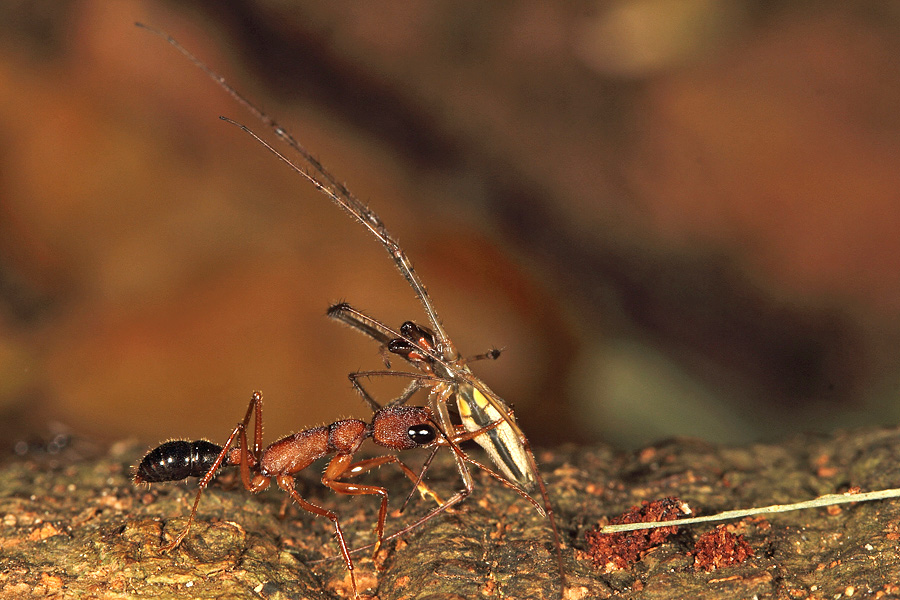