Roads Emerging as a Critical Threat to Leopards in India? 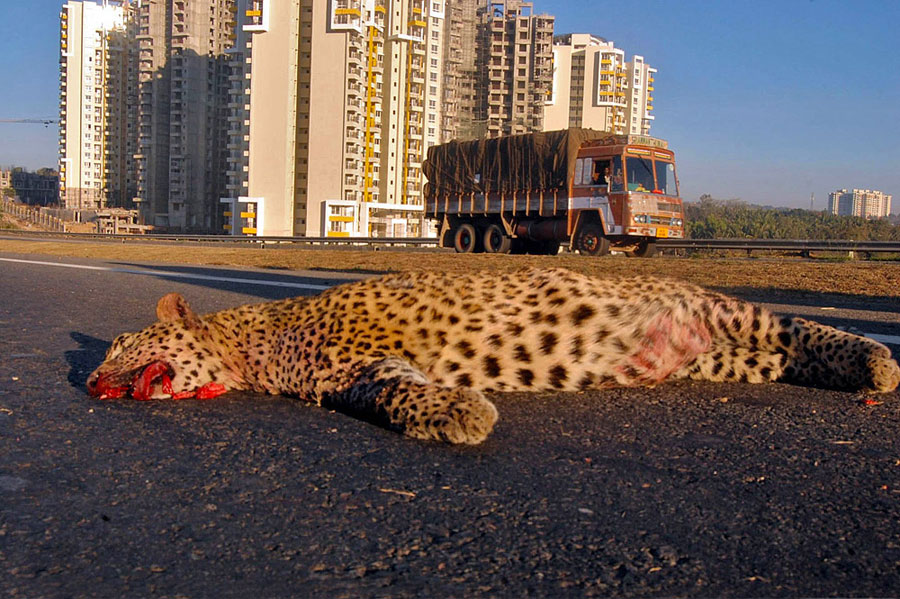 Leopards (Panthera pardus) face severe threats from poaching, loss of habitat and killing in retaliation to conflict. However, in India a new threat appears to be emerging in the form of vehicle accident mortalities. In the past 60 months 23 leopards have been recorded as killed due to road accidents in the southern Indian state of Karnataka alone. When roads overlap with important wildlife habitats, considerable scrutiny and critical conservation planning is urgently required.

Leopards are one of the widely distributed wild cats in the world with nine subspecies found in varied habitats across its entire range. Loss of habitat, poaching and retaliatory killing are recognized as the key threats to leopards in its entire range. The species is currently categorized as Near Threatened on the IUCN Red List with some subspecies identified as Critically Endangered (Henschel et al. 2008, IUCN 2013).

India hosts substantial leopard numbers though there are no nationwide estimates available. In India, leopards survive in protected areas (PAs), multiple use forests (legally termed as reserved forests) and even in highly human dominated landscapes. The threats within India are similar as in other parts of the leopards’ range.

India’s phenomenal economic growth (~8%) over the last two decades was based on an expansion of physical infrastructure such as roads, railway, power and communication networks for improved commerce. Roads, some of which pass through ecologically important sites, constitute a threat resulting not only in habitat fragmentation but also in direct mortalities of wildlife due to collisions with vehicles. In India, the challenge comes primarily from the conversion of existing small roads with low-volume traffic into high-speed highways, while a few new roads also opening up remote locations (Gubbi et al. 2012). In addition, there has been a rapid growth of motor vehicles at 10.5% during 2002-2012 (MoSRTH 2012).

In the recent years leopard mortalities due to vehicular collision seems to be increasing. In the southern Indian state of Karnataka (191,976 sq km) alone, from secondary sources (newspaper reports and forest department records), we recorded a total of 23 leopards killed in road accidents (two more were killed by trains) during the period July 2009 – June 2014 (see map of roadkills and details of leopards killed) amounting to one leopard roadkill every three months. Of these, 19 leopards have died in locations outside PAs (see attached image) highlighting the threat of vehicular traffic to leopards outside PAs.

In India, the National Wildlife Action Plan (2002-2016) specifically prescribes regulation and mitigation measures for threats posed by roads. However there have been few serious attempts to implement the policy on-ground. On the academic front, the sub-discipline of road ecology is very nascent and only a handful of studies have examined impacts of roads on wildlife (Vidya & Thuppil 2010, Seshadri & Ganesh 2011, Gubbi et al. 2012).

But there may be little time to understand the impacts as the growth of this threat has been very rapid and conventional long-term monitoring programs are time and resource consuming (Lee et al. 2010). Often timely conservation action may be necessary even in settings where data are sparse as it is invariably harder to reverse the damages caused by these permanent structures than to prevent them.

Though the efforts of economic growth are laudable, in key biological areas there is no escape from prioritizing investments on wildlife conservation and emphasis being on elimination of the threat through better land use planning.

In the global context, road ecology studies and Environment Impact Assessments generally prescribe mitigation measures including slowing traffic speed, providing wildlife crossing structures and increasing driver awareness. In the Indian context, where PAs are typically small (mean area < 300 sq km), it may not only be ecologically wise, but also economically viable to consider even more fundamental choices, such as the realignment of roads passing through PAs. Outside PAs suitable mitigation measures need to be implemented.

As there is no data about leopard road kills we hope this dataset could act as a baseline for future comparison. It will also be important to monitor mortalities due to vehicular collisions to assess their impacts on leopard populations especially outside PAs.

We thank Whitley Fund for Nature and Kaplan Graduate Award for their kind support for carrying out our work on leopards. Pragna Nag, Giridhar Kulkarni, Aparna Kolekar and Abhishek helped in data compilation for which we are grateful. 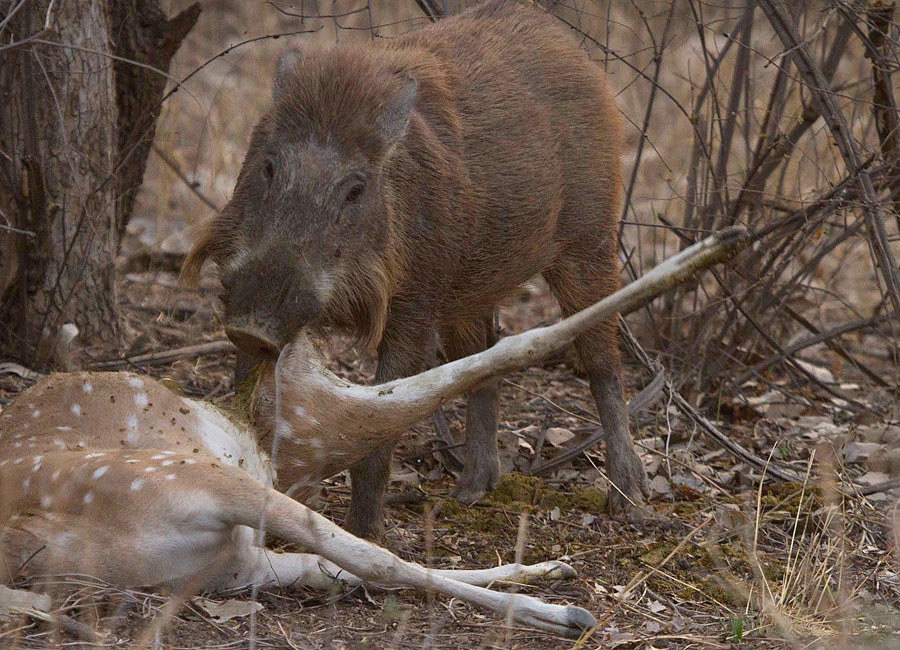