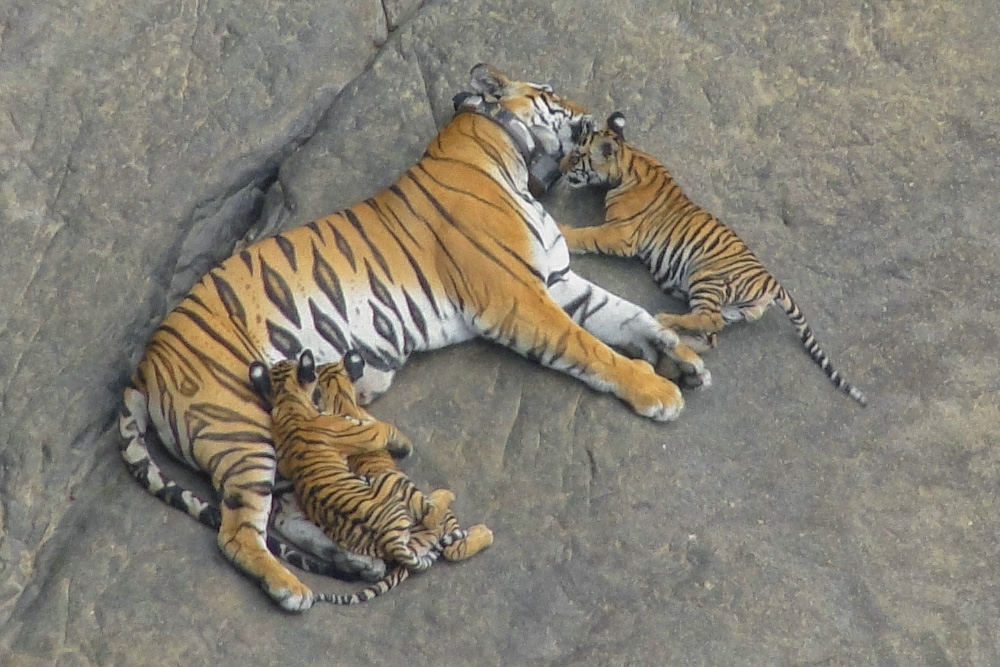 Panna’s success story is now a conservation case study in other tiger range countries where efforts are ongoing to increase tiger numbers.

Every monsoon the stunning Dundhwa Seha gorge in the middle of the Panna Tiger Reserve, Madhya Pradesh, comes alive with a spectacular waterfall. Even during the drier months, the rocky outcrop is a refuge for wildlife looking to escape the grueling summer heat of Bundelkhand.

In this deep gorge, Panna recorded its first litter of tigers on this very day (April 16) a decade ago. It was a new beginning after the poaching catastrophe wiped off the entire tiger population in the mid-2000s. Since then, April 16 has been celebrated as the Tiger Birthday in Panna every year.

Two of India’s finest tiger reserves, Sariska in Rajasthan and Panna lost its entire tiger population to organized poaching. The plan to reintroduce tigers back into these parks started first in Sariska in 2008 and followed by Panna in 2009. Since then, while Panna saw a rise in fortune, the response in Sariska remained tepid.

Panna Tiger Reserve’s reintroduction programme was implemented with the translocation of two female tigers code-named T1 and T2, from Bandhavgarh and Kanha tiger reserve respectively in March 2009. However, soon the last remaining male tiger disappeared. So a male tiger, code-named T3 from Pench Tiger Reserve had to be released in November 2009. But immediately on release, T3’s homing triggered as he moved out of the reserve and travelled 442 km over a period of about 41 days in the direction of Pench. He had to be recaptured and re-released. The forest department’s ingenious technique of spraying tigress urine in his release area to tempt him to stay put met with success. In the end, it all worked for the forest department when T1 met T3. And to the utter pleasure of the Forest Department the 1st litter of T1, four little cubs playing around the mother was spotted in the deep Dundhwa Seha gorge discovered on April 16, 2010. The rest they say is history.

As per the last tiger population estimation, Panna has 55 tigers in a 1688 sq km spread with a core area of 576 sq. km. Since the rewilding programme began in 2009, seven tigers, five females and two males were reintroduced in a phased manner. All have bred successfully producing 33 litters.

In April 2016, addressing the international conservation community in the 3rd Asia Ministerial Conference on Tiger Conservation in Delhi, Prime Minister Narendra Modi said, “Conservation of tigers is not a choice. It is an imperative… India has a long-standing and successful track record of protecting tigers. By protecting the tiger, we protect the entire ecosystem and the ecological services, which are equally crucial for the well being of human beings. The benefits from tiger conservation are enormous but intangible. We cannot quantify this in economic terms.”

Panna’s success story is now a conservation case study in other tiger range countries where efforts are ongoing to increase tiger numbers.

Ironically, as Panna’s new generation of tigers spread to claim lost ground the government’s Ken-Betwa river interlinking project is set to turn the tables on this success story. The Standing Committee of National Board of Wildlife (NBWL) had recommended clearance to the Ken Betwa Link Project Phase I (KBLP-I) in its 39th meeting on Aug 23, 2016.

According to several hydrologists and environmentalists, this is an ill-conceived project, which will drown 6017 ha of forestland, including the destruction of a chunk of the critical tiger habitat in the reserve.

On Aug 30, 2019, The Supreme Court-appointed Central Empowered Committee (CEC) in its report has raised fundamental questions on the appropriateness of the “wildlife clearance” which has put a spanner in the works.

According to the CEC report, “The Panna National Park (PNP) was constituted principally considering the unique geomorphological speciality of the location like the gorges, caves, cliffs along Ken River and its tributaries and the riverine vegetation in the valley which provides much-needed cover to different wild animals including tigers in shaded space of trees, shrubs and grasses and also to varied reptiles and birds. This part of PNP is the signature landmark of the Park and if the Daudhan Dam is commissioned, this unique ecosystem of the Park, which is the identity of PNP, will be irrecoverably lost forever. Most of the important geological sites are going to be affected either by submergence upstream of the proposed dam or would dry up when the full flow of river is arrested by the proposed dam. No amount of mitigating measures can create this kind of unique ecosystem, which has evolved over millions of years to reach the present level of biodiversity. The very purpose of the legislation to declare any area of such ecological and evolutionary significance as National Park will be totally defeated if the recommendation of the NBWL is accepted in the present form.”

The story of the tigers in this emerald forest will depend on which way the water will flow. 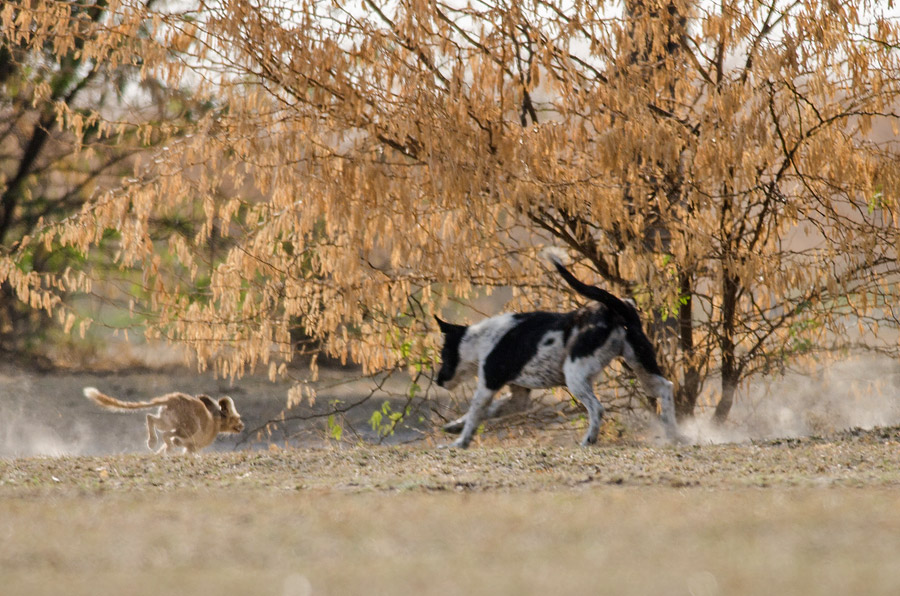