Sanctuary Asia
PK Sen retired as the Director of Project Tiger after a lifetime in the forests of Bihar.

It was early 1998. I was a rookie reporter passionate about wildlife when I first met with PK Sen, a 1967 batch Bihar cadre Indian Forest Service officer, who was then the Director of Project Tiger. He was in Mumbai for a function that I gate-crashed begging for an interview. PK—as he was affectionally known—had a packed schedule and a plane to catch. “Dukhi mat ho. Don’t be dejected,” he admonished,” adding, “join me on the drive to the airport and we can talk.”

I did, and the interview was a solid scoop. PK told me that India was losing a tiger a day and that our national animal was being systematically hunted down by poachers. He also told me that 150,000 sq. km. of tiger habitat had been lost to encroachments and development activities since the inception of Project Tiger in 1973. “A third of our reserves are besieged by insurgency, and not under state control,” he said, a statement he was to repeat later at an international tiger conference. Speaking up against the government that he served couldn’t have been easy, but PK, I was to learn, rarely bothered about consequences. “It needed to be said to shake the government out of its complacency, and get it to act,” he said. Six-years-later, in 2004, PK did it again, informing the government that the tiger was locally extinct in Sariska. His word was ignored, and the issue glossed over till there was a public outcry following an expose´ in the media.

Plain-speak was characteristic of PK, a habit formed early in his career at Porahaat (Singhbhum), a division with excellent Sal forests, when he refused to bow to his minister’s pressure to grant timber contracts to cronies. He was unceremoniously transferred to what was considered a hardship posting in Munger. Here, PK brought massive illegal felling and poaching under control, and, by the time he left, he ensured that the entire division was protected as Bhimbandh Wildlife Sanctuary. Garwa, where he was posted next, was similarly besieged by the timber mafia, which PK took strong action against despite political pressures and interference. Tough stances were a hallmark throughout PK’s stellar career. His outspokenness and integrity did not make him popular with his political bosses, and transfers were frequent, disrupting family life, and especially, children’s education. His efforts to curb the practice of felling natural forests and replacing them with ecologically useless plantations did not sit well with his colleagues and peers either.

But PK persevered, acquiring a reputation as the go-to man for tough challenges.

So, when there was crisis in Palamu Tiger Reserve (then part of undivided Bihar) in 1991, PK was picked to handle the severe drought and the collapse of law and order. He did this with his customary rigour, and, by the end of his three-year stint, the reserve ranked among the best managed at the time. Another remarkable achievement was to convince the then Bihar Chief Minister of the folly of proceeding with the Kutku dam, which would submerge the core of the reserve.

PK was adept at effectively steering his political and bureaucratic bosses to enable conservation. As Chief Wildlife Warden of Bihar, he streamlined the legendary financial bottlenecks for budget allocation to forests, initiated the formulation and implementation of wildlife management plans in the state’s PAs, and ensured timely payment of salaries for forest staff. When PK took over as Director, Project Tiger, in 1996, the project was suffering from a lacklustre approach. Political support had collapsed and the tiger was in a crisis. PK turned this around, bringing the tiger back into prominence in the government agenda. During his tenure as Director, new tiger reserves were created, consolidated and expanded. He worked with state governments to tackle staff shortages and financial bottlenecks, and with enforcement agencies to tackle the illegal trade in tiger parts. He enabled the voluntary relocation of villages from Karnataka’s Bhadra Tiger Reserve by ensuring critically-needed funding at a time when there was no special budgetary allowance for relocations.

After his retirement, PK joined WWF-India to head their Tiger Conservation Program for a few years, and, thereafter, led the Ranthambhore Foundation, which he served till the day he died.

PK’s gruff, no-nonsense manner hid a heart of gold. He was caring and compassionate, both in his work, and everyday life, fussing over the welfare of his staff, and the animals under his care. This was also reflected in his dealings with forest-dependent communities. Early in his career, PK recognised that the support of local communities was vital for effective conservation, and in every posting, he strived for their welfare, ensuring transparency in his dealings. An example is the provision of irrigation water from Bhimbhandh Sanctuary so that local farmers could grow multiple crops. When Palamu was afflicted by severe drought, he enabled employment to the families living within and around the reserve.

PK’s immense contribution to conservation is underrated. Those who knew him will aver that his was a life well-lived. And it was. Even at 80, PK was going strong. A few weeks before his death, PK called to discuss Palamu. “It is in shambles,” he rued, listing a litany of woes, “tourist bungalows built on grasslands, chowkis are unstaffed, monitoring negligible, prey base has dwindled, and the tiger….almost gone.” PK raised the issue with concerned officials, requesting urgent action. His distress was evident; Palamu was where he had started his forest career. And it was here that he saw his first tiger and where his love for the big cat was cemented. “I was on foot with a forest guard, Mr Pathak. We were moving along a ridge when I saw a tigress sitting in the pool half submerged in water, unconcerned with our presence. Till today, the same feeling that I had when I first saw her overwhelms me. She was so strong, so graceful, so utterly beautiful. From that day on, the tiger’s continued survival became the mission of my life. I have to thank Mr Pathak for it!”, he was to recall during one of our many conversations.

It was this unstinting commitment to the tiger, against all odds, and at great personal cost, that was to define PK’s life. It earned him many accolades, including a Padma Shri Award in 2011.

PK’s death is an immense loss. It has left the community of conservationists that he mentored and supported desolate. Like the tigers he served, PK was a large-hearted gentleman—lending an ear, or a hand, to anyone in need. His heart and home were open to both friend and foe, welcoming all with a warm meal and a cool drink.

Personally, I feel orphaned. Since our first meeting in 1998, PK had been a mentor, friend, and guardian. I was fortunate to work with him for over 12 years, as editor of TigerLink, published by the Ranthambhore Foundation. He was an excellent boss who entrusted me with complete editorial freedom. On reading my editorials critical of government policy, like the large scale clearance of forests for development activities, or the dilution of conservation laws, he would jest, “Foundation bandh karwana hai kya?”, and then proceed to write an even more blistering note on the critical issues of the time.

In his death, India’s wildlife has lost one of its strongest voices and ardent champions. 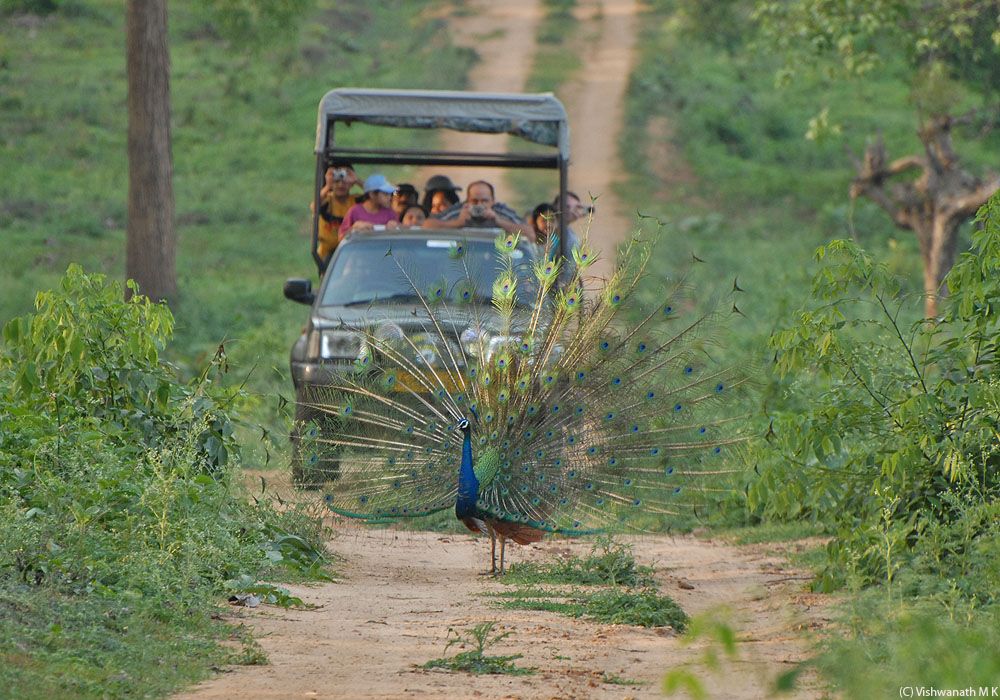