The Western Himalaya is a biologically diverse region, harboring rich flora and fauna, including numerous regional endemics. At a time of expanding threats from infrastructure development, over-exploitation and vegetation changes, it is necessary to study human impacts at micro and landscape scales. Currently, there are very few systematic studies that attempt to understand how native Himalayan fauna respond to human-caused habitat changes.

My colleagues and I have been studying birds in the banj oak-dominated (Quercus leucotrichophora) forests in the middle elevations (1500 – 2200m) of the Kumaon region in Uttarakhand since 2013. Our principal motivation has been to see how bird species of hardwood forests respond to land use change and forest degradation, as well as to analyse the underlying factors.

Bird assemblages are extremely diverse in this elevational zone: we have recorded 186 species in oak forest, chir pine forest, agriculture and urban agglomerations. Our surveys revealed that mid-altitudinal oak forests support as many as 104 species of resident and cross-continental, subcontinental and altitudinal migrants birds for breeding. Another interesting feature of oak forests is that a  large proportion (78.5%) of the bird assemblage is insectivorous which belong to a variety of foraging guilds: bark-gleaning (woodpeckers and treecreepers), leaf-gleaning (warblers, shrike-babblers and cuckoos), sallying (flycatchers and minivets) and ground-feeding birds (thrushes, pheasants and partridges). Further, 37-44% of the birds are hardwood forest specialists which preferentially forage and nest in high-quality hardwood forest. Examples of these specialists include Dendrocopos hyperythrus (rufous-bellied woodpecker), Abroscopus schisticeps (black-faced warbler), Oriolus trailii (maroon oriole), Niltava sundara (rufous-bellied niltava), Heterophasia capistrata (rufous sibia) and Lanthocincla albogularis (white-throated laughingthrush).

There may be several reasons for the high bird diversity of protected oak forests, which may be inter-related. The lush foliage, dense canopy, presence of tall and large-girthed trees, complexity of branching, lichens and mosses, thick leaf litter, diverse flora, and the moist micro-climate, all contribute to providing abundant resources and niches for birds. Our qualitative observations also suggest that the variety of woody plant associates present in protected oak forest provides fruit to birds throughout the year. During the harsh winter when insect food as well as nectar, is scarce, this staggered fruiting pattern may have a role to play in enhancing bird survival.

Currently, Himalayan oak forests are under immense threat due to over-exploitation, infrastructure development, large-scale forest fires and pine invasion. Growing suburban and road network expansion are new threats, exacerbated by unplanned construction. Forest degradation is mainly due to over-exploitation of the forest for fuelwood, fodder, and leaf litter. Fires are sometimes lit in chir pine (Pinus roxburghii) forest to increase resin flow in pine trees and enhance grass growth for livestock; such fires often go out of control and damage oak forests too, apart from encouraging the invasion of pine seedlings. Pine forest has been observed to expand into oak forest in a matter of years, and now poses a major threat to hardwoods at this altitude.

In 2016 and 2017, we studied the influence of forest conversion and degradation on oak forest birds by using a sampling design covering 198 micro-sites equally sampled over six land use categories: protected oak, lightly degraded oak, heavily degraded or lopped oak, pine forest, cultivation and built-up spaces (Shahabuddin et al. 2021). These micro-sites were studied during the breeding season (spring-summer) in two adjacent valleys within our study landscape, covering 1285 sq. km, near the villages of Mukteshwar and Pangot, respectively.

Some clear trends have emerged from our study, which was published in early 2021 (Shahabuddin et al. 2021). It is well-known that forest modifications result in forest species losses mainly due to reduced availability of foraging and nesting resources. But what is of interest in our findings is the drastic degree of ‘defaunation’ (or faunal impoverishment) that results due to forest degradation. In the Pangot landscape, degraded oak, lopped forests and pine forests recorded only 67-71% of the total number of species found in protected oak forest. Suburban areas were even poorer in species, with most species being human commensals and generalists (50% lower than in protected oak). The Mukteshwar landscape showed very similar results.

When we analysed abundances, we found a drastic decline of insectivore abundance (flycatchers, woodpeckers, leaf warblers, thrushes) in degraded and lopped forest in comparison to protected oak forest. Similar patterns were seen in nectar-feeding birds (sunbirds, white-eyes, flowerpeckers and bulbuls) that are likely plant pollinators. In the Mukteshwar landscape, degraded and lopped forest sites recorded only 43-45% of  the insectivores and only 48% of the pollinator birds found in protected oak forest. Pine forest showed a similar pattern with pollinator abundance dropping by 57% and insectivore abundance by as much as 53%. Loss in pollinators and insectivores indicates a decline in bird-mediated ecosystem services over time, not only within the forest but also in the larger human-dominated landscape where their services can be critical. For instance, insectivorous birds are responsible for biological control at the forest-field margins and several pollinators are active in orchards and farms.

Forest specialists appear to be particularly at risk due to habitat degradation. In the Mukteshwar landscape, we found a significant decline of forest specialists: only 11-20% of the specialist birds in undisturbed oak forest were recorded in degraded and lopped oak forest, if numbers are considered. This means that birds adapted to live, feed and breed in natural oak forest may disappear from this landscape, if these land-use change processes continue. Further, only 3% of specialist birds were recorded in pine forest, pointing to the extreme potential impact of oak-to-pine change in the future.

More recent work from our study group gives clues as to the possible reasons underlying loss of bird diversity due to oak forest degradation and conversion (Menon et al. 2019). Bird species decline was related to loss of canopy cover (shade) and shrub density, and simplification of vegetation structure, across all sites. Further, both insectivores and forest specialists decline strongly in response to declining forest proportion in the landscape, as quantified by remote sensing analysis. Thus forest sites surrounded by larger expanses of dense oak forest had a higher probability of being occupied by forest specialists and insectivores, pointing to the role of fragmentation as well (Menon et al. 2019).

Our results thus show that degradation and loss of oak forests, and, even more, its take-over by pine, will result in significant loss of bird species in future.  This is especially important as there is clear evidence of the expansion of pine at the cost of oak over the last few decades (Das et al. In Press). Hardwood forest specialists and insectivores could be the most vulnerable due to forest degradation. The fact that both the study landscapes showed very similar patterns is indicative of the robustness of the results. The rich birdlife of Western Himalayan forests should be safe-guarded by stemming unplanned urban expansion, retaining sufficient old-growth forest stands in the landscape and curbing pine invasion through appropriate forest management measures.


Ghazala is an ecologist working on forestry and biodiversity issues in India. She has been researching the ecology of multiple -use Himalayan hardwood forests in Kumaon since 2013. 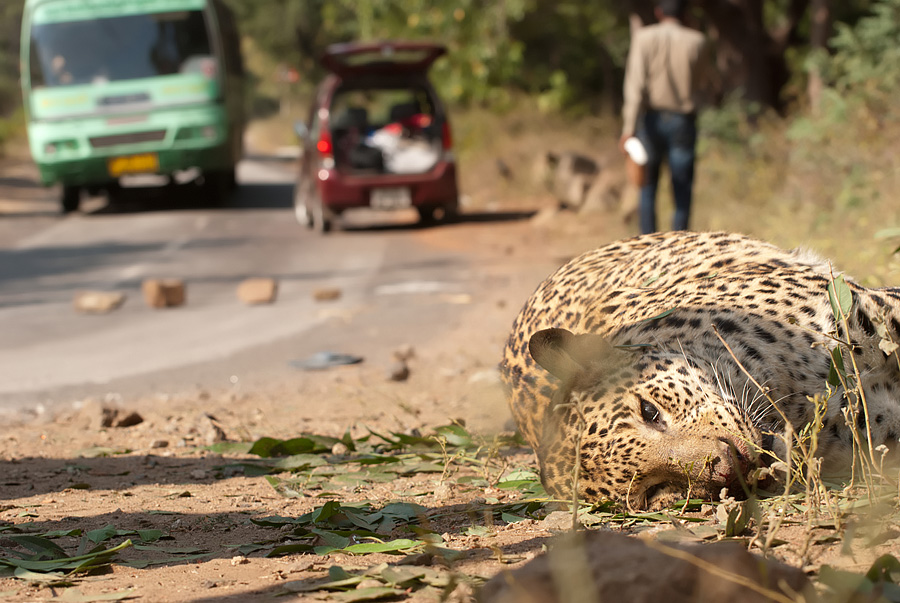