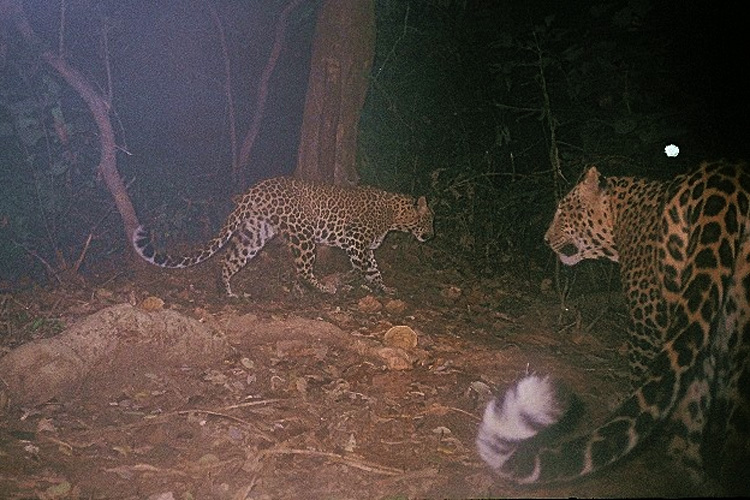 MfSGNP
Conflict is a major challenge to conservation, and attack on humans by big cats prompt intense media scrutiny

The common leopard (Panthera pardus) is a highly adaptable species that is found throughout the country (and beyond) in a variety of habitats, from the pristine rainforests to human-modified and dominated landscapes. Despite its ability to survive on a wide range of prey species including the wild and the domestic, the leopard population is on a downward spiral owing to intense persecution and pressures of illegal wildlife trade.

The mass media is said to play an important role in disseminating information about certain issues and highlighting select issue attributes for the public. Since most people derive knowledge, be it about weather updates, cricket scores or terror attacks, from the media, we decided to carry out an in-depth analysis of three daily newspapers. We sought to understand and compare the dailies to see how they covered news about leopards in Mumbai city, and how, if at all, this has changed over the past decade (2001-2011). Media analysis of wildlife conflict reporting has previously been carried out in the context of pumas, sharks and elephants but this study would be the first of its kind in India.

According to some figures, Mumbai is estimated to have a population density of nearly 31,000 people/sq.km. Inside this concrete jungle lies one of the world’s largest urban National Parks – the Sanjay Gandhi National Park (SGNP). A recent study suggests that this 120 sq.km park is home to atleast 21 leopards. In the past decade, over 100 leopard attacks on humans have been recorded by the Forest Department. 80% of these have occurred between 2002 and 2004. We were interested in knowing how this human-leopard conflict was being represented in the media. Was there a difference between the national English-language daily such as the Times of India (TOI) and the regional dailies (RD) like Mumbai Samachar and Maharashtra Times? Did these dailies represent the same issue differently? How dynamic was their nature of reporting and did it respond to changes on the ground?

With these questions in mind, we started an intensive archive search which yielded 140 articles from TOI and 47 articles from RD. Formal content analysis methods, statistics and some opportunistic interviews helped us arrive at interesting trends and conclusions. The answer to the first two questions was affirmative. There was, in fact, a significant difference between TOI and RD. Firstly, the print media (ie. the three dailies analysed in the study) tended to report more about leopard attacks when conflict instances were highest, that is, in 2004. The attention to the issue declined with the decrease in the number of attacks. In general, however, TOI seemed to be more issue oriented whereas RD favoured event-based reporting. This means that atleast in TOI, there seems to be a rising interest in wildlife issues (confirmed by interviewees). This could, in part, be attributed to the fact that TOI is a popular national daily with a very large readership, giving it the financial ability to employ journalists who specialise in environmental / wildlife reporting (contrast this with some regional dailies which employ crime reporters to cover news about leopard attacks).

There was another important difference between the dailies – while TOI’s suggestions revolved around rectifying human behaviour (e.g. removal of settlements / ‘encroachments’), RD focussed predominantly on deterring leopards from leaving the bounds of the park. Despite the dearth of adequate information on the ecology of these leopards, few articles (about 10%) proposed scientific research and monitoring as essential and most of them were opinion-based.

The dailies were unanimous in arguing that ‘habitat loss’, comprising encroachment and infrastructure development, was the main cause of the increased leopard attacks. At this stage, we must recollect that the number of attacks increased from 2002, peaking in 2004 after which few attacks were recorded. Was habitat loss the main reason for this sudden spurt in 2004? We enquired with some of our interviewees who gave us an alternate explanation. While they believed that habitat loss was an important reason, it was not sufficient to explain this rise. A more likely explanation, they said, was the indiscriminate translocation of ‘problem’ leopards from other parts of the State into the National Park during this phase. While the veracity of their claim cannot be verified in official records, this seems like a plausible explanation. The amount of political pressure to mitigate conflict perhaps left the Forest Department with little choice but to trap leopards entering human habitation and release them in designated forest areas all over the State (irrespective of where they were found). This was considered to be an acceptable practice until studies proved that indiscriminate trap and release actually exacerbated human-leopard conflict in Junnar (Maharashtra), for example. Such trapping has been reduced since 2005.

Another significant finding was that not only did the media respond to the changes in levels of conflict on the ground but also welcomed constructive discussions with wildlife managers and conservationists. This resulted in a paradigm shift in the media – from viewing the leopard as a perpetrator of crime they switched to more neutral reporting (statistically significant proportion of TOI articles conformed to this but similar trend was also reported in the RD).

In conclusion, one could argue that the media has the potential to be important stakeholders in conservation messaging. It is important, however, to remember that the media is influenced by a number of factors such as the philosophy of the reporters, editors, and owners as well as the socioeconomic condition and preference of readers and producers of news (a fact confirmed by interviewees). While the extent of influence that different media exert could differ, this should, in no way, deter us from establishing better communication with them especially if our aim is to reach a larger audience and garner public support for carnivore, or wildlife conservation in general.

Saloni Bhatia
The author is presently a Research Affliate at the Nature Conservation Foundation (NCF).