Human-Elephant Conflict and its Mitigation: Q&A with Sanjay Gubbi 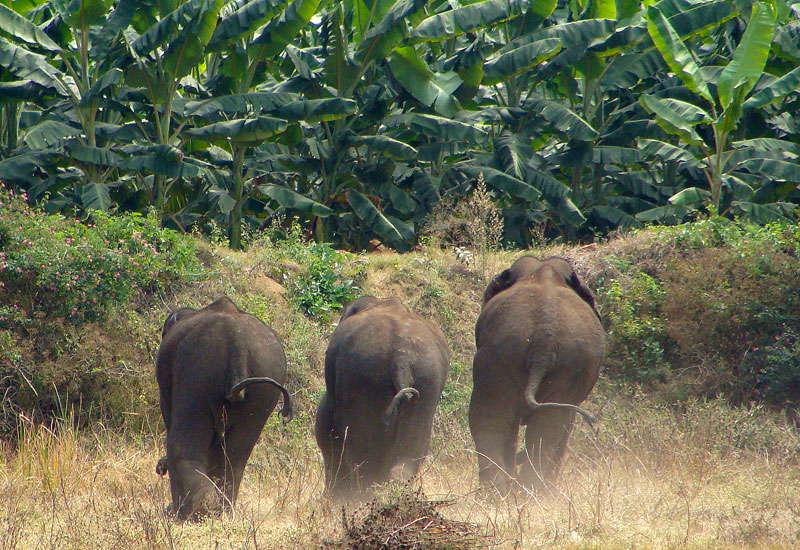 Nishanth Srinivasaiah
There are several reasons for crop-raiding, including the increased destruction and fragmentation of habitats due to developmental projects.

Is human–elephant conflict on the rise?

Yes, it seems to be.  We have failed to reduce crop depredation loss and injury to human life, which has made people living around wildlife habitats more hostile towards conservation.

Why do elephant raid agricultural crops?

Elephants are attracted to agricultural crops due to their higher nutritional value. However, the types of crops grown, the season of ripening, location of agricultural fields and migration patterns, all contribute to the intensity of crop raiding.

Why is crop-raiding increasing?

There could be several reasons for this, including the increased destruction and fragmentation of habitats due to developmental projects. Forest fires and the unrelenting exploitation of forest products by humans lead to depleted food sources in their natural habitat forcing them to raid crops.

What about physical barriers such as electric fences and elephant proof trenches? Don’t they help in mitigatiing conflict?

Yes, they should. However fences and trenches are extremely expensive, and need to be constantly maintained for optimal results. Unfortunately this does not happen in most places. People who venture into forests for fuelwood, timber and grazing their livestock often fill up trenches to facilitate their entry into forests. These points make it easy for elephants to come out and raid crops. To keep elephants out of farmlands, protected area managers and villagers need to work together to maintain electric fences and trenches.

Has anyone been successful in implementing such mitigation measures?

M.D. Madhusudhan of the Nature Conservation Foundation, Mysore, has tried out mitigation measures on agricultural areas on the northern boundary of Bandipur National Park where co-operative electric fences have been installed and maintained by farmers. This experiment has been very successful. If this model can be replicated and scaled up it can help reduce conflict.

How about the rail track fences that are erected in South Africa?

This is actually called the Armstrong Fence, named after its developer Graham Armstrong, Park Manager of the Addo Elephant Reserve during the 1950s. These fences are built with steel railway tracks grouted deep in the ground. Between the two railway tracks, 9 thick wooden poles are also dug into the ground. They are then bound by five strands of very thick steel cables horizontally along the poles. Then there is a short electric fence covering the entire stretch of the fence. This mechanism is prohibitively expensive, costing about eighty lakh rupees per kilometre. This is not feasible for a developing country like India due to high costs and theft of material. Even South Africa, where this was developed, has discontinued them due to high costs of construction and maintenance.

Why not grow crops that are favoured by elephants – such as sugarcane and banana – inside forests, so that they stop coming to agricultural fields?

This  is sometimes suggested as a solution, but the idea is a non-starter.  Each adult elephant needs about 250–300 kg of food every day. In Karnataka, based on educated guesses, we have about 3,000 elephants. If we assume that about 25% of these animals are raiding crops we would require a colossal amount of approx. 81,000 tonnes of crops to be artificially grown every month. Let us not turn our forests into agricultural fields. This is unsustainable, uneconomical and does not fit the natural process of ecosystems. Add to this the fact that elephants have not evolved feeding on these crops. Let us not meddle with their natural diet that involves grass, bark, fruit, etc.

Then how about changing the cropping pattern around elephant habitats?

How far from elephant habitats can one ask farmers to change their cropping patterns? Elephants move several kilometres outside protected area boundaries. Let’s assume we could ask all farmers within a five-kilometre radius around Biligiri Rangaswamy Temple wildlife sanctuary – that has a forest perimeter of 290 km – to change cropping patterns. Vast areas of about 1,500 sq km (375,000 acres) of farmlands have to change their agricultural production preferences and patterns. This may be impossible. It would also lead to higher resentment because farmers prefer to grow what is economically beneficial.

Is culling an option to control elephants and other conflict-prone animals?

Culling has been discontinued even in countries like South Africa that was a staunch promoter of this conservation paradigm. Up until 1996, about 400 elephants were annually culled in South Africa’s Kruger National Park, but they have now moved towards translocation of elephants to low density areas as a population control method.

Why not implement wildlife contraception so that their numbers do not increase and would fit the current available habitat?

Contraception in elephants is not an easy solution. To shrink any elephant population by 25 percent, even with complete contraception, it would require 15 years. Having no calves for 15 years will have a devastating effect on the population structure. Moreover, several skills including parenting, finding food and water resources are passed on from adults to young ones and this information transfer would be halted if there were no calves for long periods.

Contraception – when it is carried out – is implemented based on strong scientific data which we completely lack. For example, in the 225 sq km Makalali Reserve in South Africa that has a population of 73 elephants, a 2–3 per cent annual population growth is allowed. Close monitoring of annual population growth is required to decide how much growth can be allowed and this is possible in small populations such as Makalali. This is extremely difficult in a large landscape such as ours that spreads across three states. In Karnataka alone elephants are spread over 4,000 sq km.

Another important aspect to consider is the cost. Wildlife contraception is extremely expensive and highly skill-oriented. Species such as elephants will have to be given doses twice in the first three months and followed up by annual boosters. This procedure has to be carried out through darting animals one by one!

So, how do we stop human–elephant conflict? Is there any hope?

There is no way we can bring conflict down to zero. What we need to aim for is to bring it down to tolerable limits.

The solution lies in constant maintenance of physical barriers which should be installed in co-operation with affected farmers. We need specially trained conflict mitigation staff who will be located in every elephant-bearing forest division. This administrative range would address only conflict issues such as maintenance of barriers, dealing with compensation, interacting with affected farmers; they should not be given the responsibility of regular patrolling or other tasks.

More importantly, protected area managers should stop refashioning elephant habitats by artificially augmenting water resources. Let us not forget that water and food resources are great natural controllers of elephant populations. During dry periods herds wander long distances, and calves founder during such thirst treks. Perhaps natural mortality has now gone down since we started playing God. Since adult elephants do not have natural predators populations can grow unhindered if we intervene and create too many artificial resources. 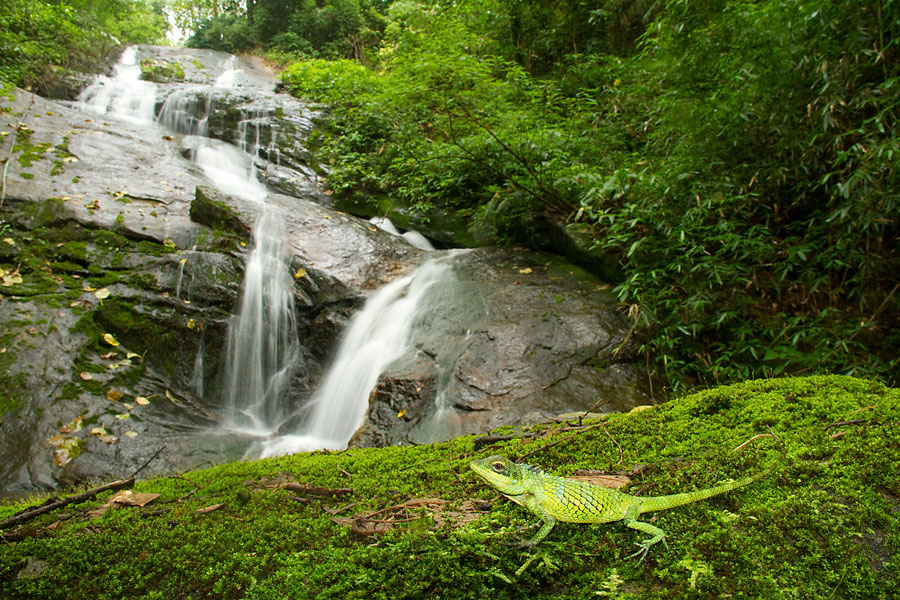