‘Gajah’: The Report of the Elephant Task Force 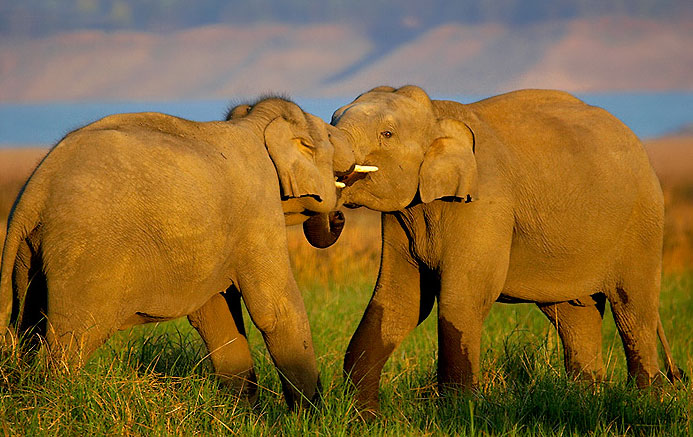 Sachin Rai
Assuring Gajah a future for tomorrow will require resources today, whether living space or funds, the application of the best of technical and scientific knowledge or the fashioning of responses that makes partners of citizens who live in proximity with the species.

A major report on securing the future for the Elephant in India was today submitted to the Minister of Environment & Forests. The report lays out a comprehensive action agenda for protecting elephants in the wild and in captivity, and for addressing human-elephant conflict. The Minister welcomed the Report and promised speedy implementation of the major recommendations.

The Executive Summary is posted here. The full report can be downloaded from the MOEF website here.

Securing a future for the elephant in India, its continued survival in the wild and its humane care in captivity constitute a major challenge. They call for drawing on the best in our communities of knowledge and governance. The Task Force is crystal clear on one point. India can secure the future for Gajah and its forest home. It will be a challenge but one we possess the ability to surmount, provided we have the will, demonstrate the wisdom and deploy the means necessary.

It is not immediate extinction as much as attrition of living spaces and the tense conditions of the human-elephant encounter on the ground that require redress. As a long lived and sociable animal familiar to all of us since childhood, elephants may seem to require little help. But the shrinking of habitat and the selective killing off of tuskers in key populations by ivory poachers are cause for grave concern.

Elephants in captivity are close to our hearts but there are times standards fall short of the humane treatment and welfare they are surely entitled to. Their care givers, Mahouts and veterinary doctors too need recognition and better amenities.

Project Elephant has, since 1992, done much commendable work. But its successes notwithstanding, it needs more than an accretion of resources.

Elephant habitats are under immense pressure. Rapid economic expansion and development pressures require far more attention to land use plans from an ecological perspective. New knowledge needs to be brought to bear in population and habitat assessment. Above all, systems of mitigation to alleviate human-elephant conflict need to re-energise and be made much more accountable. To accomplish this requires administrative overhaul and better machinery. The Task Force strongly favours new institutions and mechanisms to achieve these wider objectives.

We need a new National Elephant Conservation Authority (NECA) on the lines of the structure for tiger conservation. Nestled with it will be a new Consortium of Elephant Research and Estimation (CERE) who will develop and apply the best methods for enumeration. Transparency of methods and results will uphold standards and inculcate a scientific temper.

The Task Force favours Ecologically Sensitive Area status under the Environment Protection Act to regulate activity that may be ecologically negative.

Elephant Corridors that link critical populations had already been identified prior to the Task Force by scientists, administrators and reputed voluntary organizations. We have now ranked the Elephant Corridors according to priority and feasibility for action. Our main emphasis is on innovative methods to secure habitats beyond the Protected Areas. These could include Community or Conservation Reserves, Ecosystem Services payments and conservation easements. Protected Area expansion can also be considered but so too can other measures. These will forge partnerships and reinforce alliances for conservation at ground level.

It is vital to stress that elephant conservation is about combining quality science with humane administration. A mobile mega herbivore, Elephas maximus is often in sharp indirect or direct conflict with our own patterns of land use. While securing viable habitats, there has to be accommodation in other zones, to enable wildlife and people to be compatible.

The increased financial outlay of Rs. 600 crore over the 12th Five Year Plan period has sound logic to back it up. A third of the allocation will be to secure vital habitats that serve as links between populations that may be cut off. Rather than land acquisition which is often conflict prone, we propose a range of other instruments from conservation easements to Community Reserves.

Similarly, human-elephant conflict requires urgent redress, and not only for making good loss of crops or homes. It requires preventive measures that can be monitored, verified and held accountable. One sixth of resources asked for are earmarked for conflict issues.

The Task Force favours a permanent and continuing mission in high conflict zones, with innovative methods to alleviate tragic loss of life of both humans and animals. Conflict Management Task Forces can commence work in known zones of high conflict. These will include experienced foresters, scientists, wildlife vets, and social scientists.

Elephant human conflict is a wider phenomenon than these foci of high conflict. Mandatory taluka-level hearings at different times in the sowing and harvesting season in all conflict areas can bring together affected citizens, officials and elected representatives.

Given the Elephant Reserves cover 65,000 square kilometres and that this is a vital input into larger land use planning, the proposed outlay is necessary and justifiable. The Task Force appreciates need for transparency. 50 Crores is for research, monitoring and study vital for sound policy.

It has suggested specific ways to bring elected representatives and those with domain knowledge in close and continuing contact with local citizens through appropriate forum. Elephant Reserve Committees will enable redress, consultation and transparency.

Bringing science, administration and applied social science together is the key. Protection in the wild with conflict management to help both humans and elephants will demand Herculean effort.

So will upgrading care of elephants in captivity, with Citizens Elephant Welfare Committees.

Assuring Gajah a future for tomorrow will require resources today, whether living space or funds, the application of the best of technical and scientific knowledge or the fashioning of responses that makes partners of citizens who live in proximity with the species.

But it is an effort well worth the making. Beyond the specific gains of ecological security, the in situ conservation of elephants will undoubtedly bring, it is time for a paradigm shift for conservation in India.

The elephant-oriented efforts, both preservation and conflict resolution, can act a bridge between those who value ecosystems and others who work for betterment of the less privileged. By putting the programmes outlined in this report, India can blend sound science with citizen participation, sensible planning to avert environmentally destructive practice with retaining critical habitats intact.

The outlay includes smaller allocations for outreach. India’s children and youth especially those near elephant landscapes are a vital force for the future. Gajah Centres and an elephant awareness campaign can bring civil society actors to fore. A place in our hearts is vital for the future of our country’s largest (if often gentle) inhabitant.

An International Elephant Congress of the fifty elephant range states and an Asian partnership for Gajah will see India play a positive role for scientific and ecological cooperation.

But the immediate initiative will be to re-energise the protection machinery with a recruitment drive giving local youth, especially the Scheduled Tribes preference. To assess how conservation proceeds, the new consortium for enumeration and research also needs to get off the ground. A well equipped forest staff, with the best and most transparent scientific assessment system for numbers and habitats are vital elements of conservation. They need urgent action.

Gajah is a symbol of a search for better compact with nature, our land and our common natural heritage. The rest of Asia and the world look upon us to rise to take a lead. So declaring it the National Heritage Animal will give it due place as emblem of ecological sensitivity. It will also mark recognition for its centrality in our plural cultures, traditions and oral lore.

Someswara wrote almost eight centuries ago, it is the realm with many elephants in its forests that will be truly most secure.

India cannot fail Gajah. The latter’s survival and ecological security is linked to our very own. 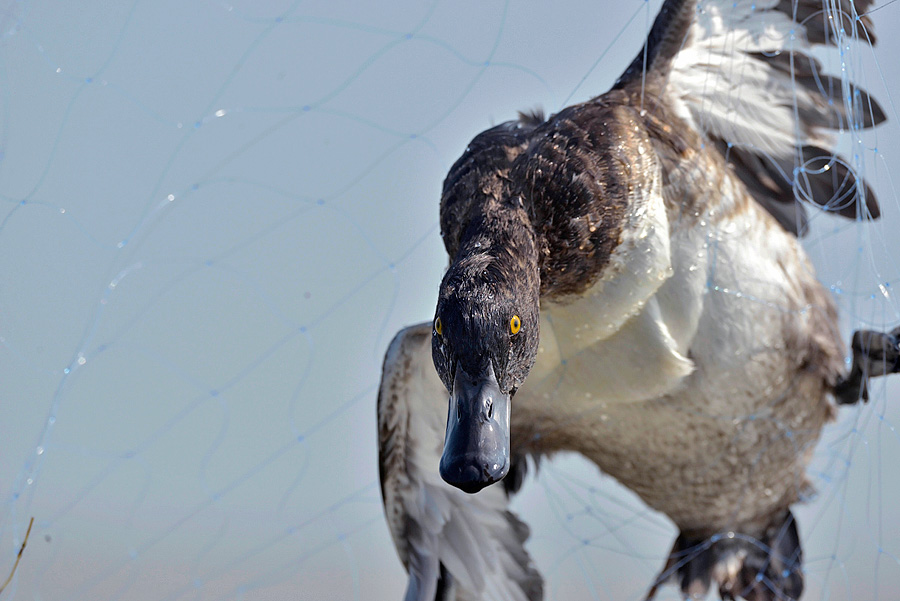 Life between Net and Death in Chilika