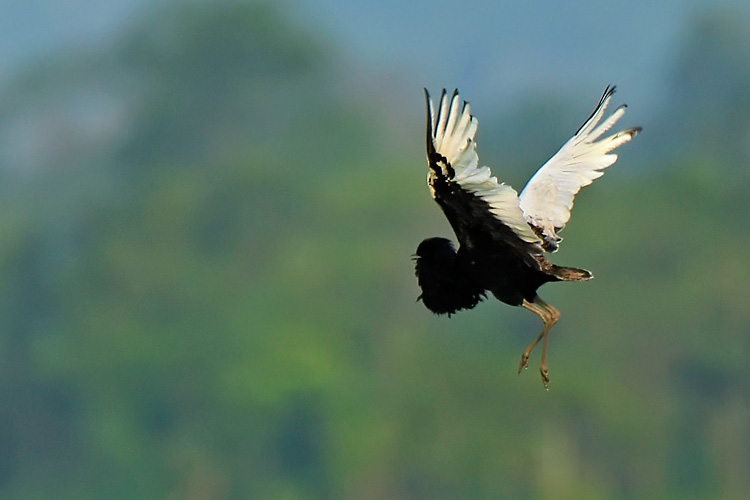 A slightly different version of this article appeared in the Hindu dated May 7, 2013.

The recent Supreme Court judgment on lions (Centre for Environmental Law WWF-1 v. Union of India and others, Supreme Court, 2013) has called for completely new standards for endangered species conservation to be set in the country. It has asked for lions to be re-introduced to Madhya Pradesh (Intervention Application 100, Biodiversity Conservation Trust of India through Faiyaz Khudsar in writ petition 337, 1995). It has also asked the Ministry of Environment and Forests (MOEF) to “take urgent steps” and start species recovery plans for some of our most threatened species — the Great Indian Bustard (GIB), the Bengal Florican, Manipur Brow-antlered deer, dugong and wild buffalo.

The judgment has said there is a necessity for an “exclusive parliamentary legislation for the preservation and protection of endangered species”. Currently, we have the Wildlife Protection Act (1972) for protecting species: this is the law that guides any work related to species conservation. In highlighting the need for a new legislation “exclusively” for endangered species, the Supreme Court has identified that implementation of the WPA has failed in protecting endangered species, many of which, like the Great Indian Bustard, are close to extinction.

The judgment has called for the operationalization of the National Wildlife Action Plan — NWAP (2002-2016), and has asked the government to identify “all endangered species of flora and fauna, study their needs and survey environs.” This should be followed by periodic reviews of flora and fauna species status which should be correlated with the IUCN Red List every three years, it says.

The judgment has set the standard for species conservation by invoking an eco-centric approach and ‘species best interest standard’.

The eco-centric approach rejects the human-centricism or anthropocentric approach, which focusses solely on what is profitable for people. Instead the judgment calls for conservation planning based on what is best for the species. It notes: “While giving effect to the various provisions of the Wildlife Protection Act, the Centrally Sponsored Scheme 2009, the NWAP 2002-2016 our approach should be eco-centric and not anthropocentric.”

This is a significant departure from planning that focusses around the needs of people. The judgment has also noted that even principles of sustainable development are anthropocentric.

“Anthropocentrism is always human interest focussed thinking that non-human has only instrumental value to humans, in other words, humans take precedence and human responsibilities to non-human are based benefits to humans. Eco-centrism is nature-centred, where humans are part of nature and non-humans have intrinsic value,” it says. Using these principles, the judgment states: “The cardinal issue is not whether the Asiatic lion is a “family member” or is part of the “Indian culture and civilization”, or the pride of a State but the preservation of an endangered species for which we have to apply the “species best interest standard”. Our approach should not be human-centric or family-centric but eco-centric.”

In answering the classic question of ‘what to save?’ the judgment outlines the concept of intrinsic worth. It emphasises that all species have the right to exist, whether humans deem them worthy or not. This is especially important for a country like ours, where many conservationists believe that conservation attention has gone to a few charismatic species deemed ‘worthy’ of this attention. As human beings, we have chosen who to save. The judgment goes a step further in outlining that intrinsic worth and eco-centrism will mean that the government be directed to protect even those species which do not have instrumental value for humans. Even if the species is not considered beautiful, or is not adding to human industry like tourism, it needs to be saved if it is endangered.

“In endangered species, for its long term survival and to protect the species from extinction as issue rooted on eco-centrism, which supports the protection of all wildlife forms, not just those which are of instrumental value to humans but those which have intrinsic worth,” it notes.

We already have guidelines for ‘Project Bustard’ in place but it has still not taken off, even though there are less than 200 GIBs and only around 300 Bengal Floricans left in the country. The Highest Court of the land has reminded us that saving bustards is a prerogative of the Parliament, conservationists and civilians. It has reminded us that the bustard has an intrinsic right to exist and flourish.

Protect this right — add your voice to making sure state governments take on this responsibility.