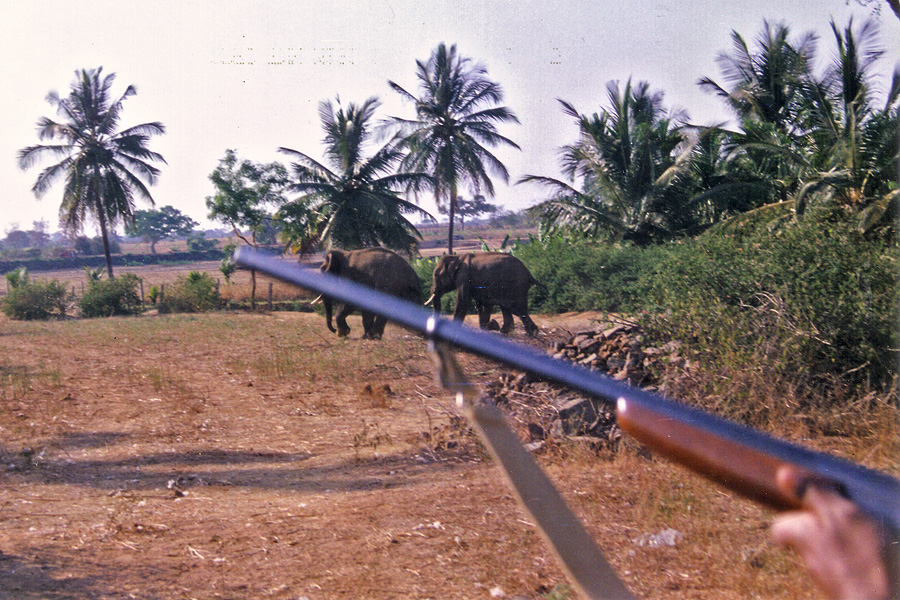 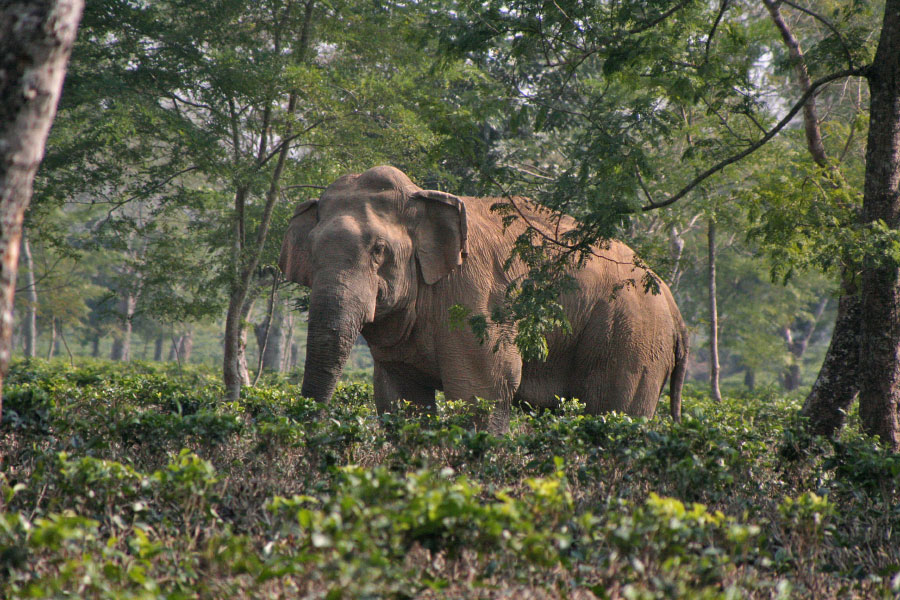 Janaki Lenin
Are all crop-eating elephants then making up for the loss of territory?

In 2007, I began working on a document, Action Plan for the Mitigation of Elephant-human Conflict in India, with Professor R. Sukumar. Since researchers had studied elephants and their impacts on agricultural produce for nearly three decades, I had assumed it could be a role model for solving problems with other conflict-prone animals.

Over three years, I visited projects in the Nilgiris, Odisha, northern West Bengal, and Assam. I also read hundreds of publications on studies and observations from Africa to Southeast Asia.

Initially, I gave more weight to peer-reviewed papers since these are the scientific gold standard. But I realized that a lot of them suffered from basic flaws, such as how the researchers sourced data.

The vast majority of conflict studies are published in newsletters. Many aren’t even published. Instead they are in the form of reports to private organizations, non-governmental organizations and governments. Some of these reports were wiser than the peer-reviewed papers. I couldn’t ignore them just because they didn’t have publication pedigree.

Somewhere in the midst of the seeing and reading, I started questioning. Nearly a decade later, I’m no closer to finding answers. Perhaps in sharing this confusion, I can find some clarity.

Elephants get a bad rap in the press for being gluttons. Do all of them gorge on the fruits of human labour when they come across it? Or do good forests keep elephant bellies sated? What makes them trample all over the livelihoods of poor farmers?

Much of the research on elephant-human run-ins crunches data – what are the affected crops, how far away from the forest edge were they, in what season, and how many bags of grain lost or the area of crop trampled.

Researchers pick up data such as amounts of compensation paid to farmers compiled in the Forest Department ledgers. It is well-known that only a small percentage of farmers file for compensation, because they believe that the time and effort expended on hiking to far-away towns to make their case isn’t worth their while. The amount of compensation is only a fraction of the loss incurred, and the department takes a long time to release the money. Tenant farmers almost never claim compensation since they don’t have land ownership papers. Equally, some exploit the system and file multiple false claims. Yet, researchers take this data and spin it through a series of graphs and imply that their papers provide a profile of conflict in the project areas. In fact, this kind of data tells us very little about why elephants like crops.

They also, in my opinion, make another mistake. They focus on areas where confrontations between people and elephants are high. One researcher worked in one area for three years and, when his team got another grant, moved to another area where conflict levels were even greater.

Any good science compares a situation with a control. How do areas where elephants live off fields compare to areas where they don’t? Such studies are rare. Perhaps scientists think conflict is the norm. For example, we have numerous studies of leopard conflict. The popular assumption was that leopards living in sugarcane fields would invariably attack humans sooner or later. But one study in Akole revealed this to be untrue. Leopards and humans could share the landscape amicably. Is it possible that elephants and people can share a similar relationship?

Researchers rattle off the causes of conflict: loss of habitat, a crop field’s closeness to the forest, quality and quantity of forage in the forest, type of crop, lots of elephants, lots of humans, etc. But other researchers contradict these conclusions.

The popular assumption is that elephants cannot resist the temptation to eat crops, often leaving the forests under the cover of darkness to gorge. The little-known truth is, not all of them lack self-control.

Two clans and a bull living on the edge of the Nilgiri Biosphere Reserve turned up their long noses at farm produce. We’ve known this since 1995, when M. Balasubramanian and his colleagues published the results of their work with radio-collared elephants. The authors say, when humans don’t interfere with their home ranges, the elephants, in turn, don’t mess with our property. Are all crop-eating elephants then making up for the loss of territory? Despite nearly 20 years of more research since then, we still don’t know.

When you don’t know the cause, how do you find an effective solution?

Not all farmers grudge losing part of their produce to elephants. Many shrug their shoulders and say, “Elephants have to eat too”, while the loss of even a few stalks of sugarcane drives some others to rage. Intolerance of loss, or conflict, is dependent on a range of factors, much of it related to the agrarian economy and how farmers perceive elephants. (See Table)

However, few elephant deterrents tackle farmers’ perceptions, even though this is the primary driver. Instead, almost every action seeks to change elephant behavior, such as chasing them, cutting off their access to fields, and cultivating inedible plants.

The search for the Holy Grail

Every new “solution,” whether it is chillies or bees, is widely tom-tommed as the solution that works for all conditions at all times. Elephants live long and have ingenious minds like humans. Anything new will work only until they have figured out how to defeat it. At one time, experts claimed that the electric fence was the silver bullet. Given time, elephants learned to topple trees on them or use their non-conducting tusks. Rarely do experiments last long enough to include the giants’ learning phase. Some actions do work in some places, but their effectiveness may have little to do with human ingenuity. Elephants will respect any attempt to dissuade them from entering croplands if there are suitable alternatives – either other croplands or forests. If they have no choice, desperate elephants will overcome any technologically sophisticated innovation. It’s all about filling their bellies.

No matter what farmers do to protect their crops, if they live in elephant country, some degree of loss is inevitable. What percentage of produce has to be saved for an experiment to be successful? Where elephants destroyed 75% of the crop, would reducing this to 60% be a success?

If loss of forests and home range are generally accepted as the causes of conflict, what implications do these deterrents have on elephants? Do they starve or go elsewhere?

If an electric fence protects one village’s fields, elephants can head for the neighbouring village’s produce. Since the fence protected the first village, can it be considered a success? Or should it be called a failure because another village that suffered no loss until then is now the elephants’ buffet?

Besides, if intolerance is a measure of the farming community’s ability to cope, surely success ought to depend on its resilience. Few mitigation projects target these aspects.

Since experiments rarely involve communities, their participation and, therefore, ownership, is poor. Once the NGO withdraws after declaring victory, no community continues to maintain the experimental infrastructure even though it apparently benefits them. Across elephant country, trenches are allowed to overgrow and silt up and electric fences are reduced to clotheslines.

In project after failed project, conservationists usually blame communities for being lazy and not maintaining these structures. But they don’t ask why people give up on them. Often, they have another project lined up elsewhere or another new deterrent to try out that suffer the same results.

So, despite nearly four decades of studies on why elephant help themselves to crops and how to stop them, we still don’t seem to know a whole lot.

Adapted from The social dimensions of human-elephant conflict in Africa: A literature review and case studies from Uganda and Cameroon. 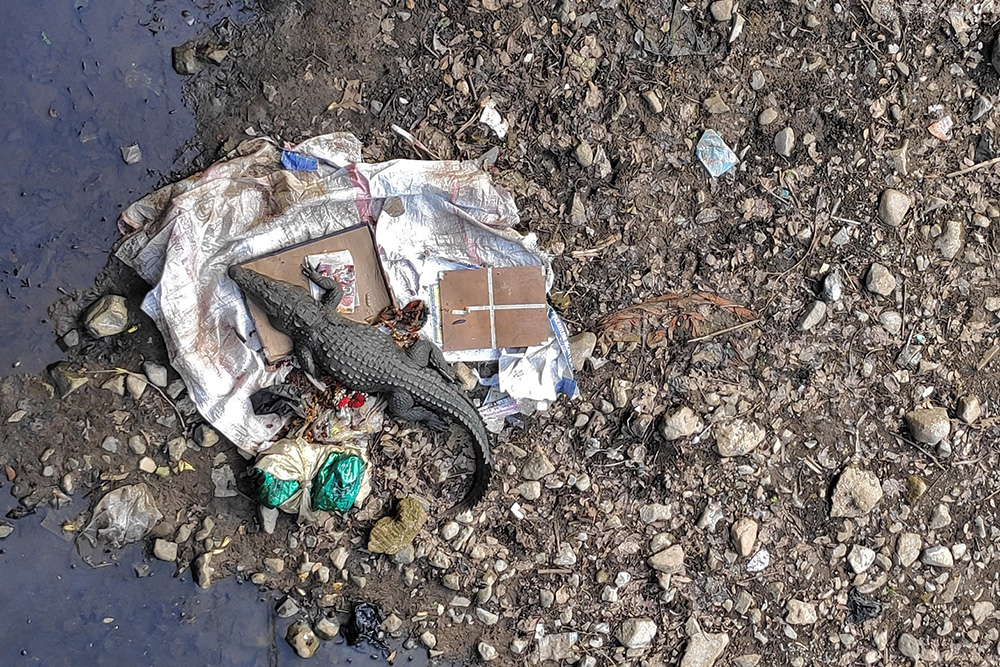