On the 6th of May 2013, Rajneesh Suvarna, Jitendra Bhatia, Suja Rangaswamy and myself were on the way back from Pungro in Eastern Nagaland to Kohima. We had been in Nagaland for 6 days and had noticed that guns were common and hunting accepted as a way of life. The few local Nagas we met were surprised that we had come all the way to watch birds, and indeed were skeptical that we would have seen any. Our birding experience … Read More

I visited Nagaland for a butterfly and moth survey from 6 to 14 April 2013.

While on the Dimapur – Kohima highway, just before Zubza, there were 3 people on the road holding a long bamboo pole with an animal tied at the end of the pole. We stopped to see what it was and we were shocked to see a Slow Loris (Nycticebus bengalensis) tied with a string trap. We asked him what he was doing with it. He … Read More

Raptor enthusiasts across the world were overjoyed and relieved to learn that a migratory adult female Amur Falcon (Falco amurensis) finally reached her wintering grounds at Newcastle in KwaZulu-Natal again on the 10th of January 2013 after an eventful 14,500km journey from the species’ breeding grounds in north-eastern China which started in mid-October last year.

This bird was fitted by Prof. Bernd Meyburg of WWGBP, the World Working Group on Birds of Prey, with a solar-powered satellite transmitter … Read More

A statewide Nagaland biodiversity survey was conducted by students and alumni of NCBS, Bangalore, in May-June 2011. Across sites, the teams found wild animals kept by villagers – some as pets, others for eventual consumption. These included rare mammals like Leopard Cats, Slow Loris and Stump-tailed Macaques as well as several bird species. While the team physically didn’t observe any, keeping (Blyth’s) Tragopans as pets also seemed to be a widespread hobby and a delicacy reserved for VIPs.

The Blue Pitta (Pitta cyanea) is a very rare bird in India. There have been no recent reports (and certainly no photographs) from India. Pam Rasmussen (Birds of South Asia) lists it for the South Assam Hills (North Cachar, Tripura and an old specimen from Garo Hills).

The Spot-breasted Laughing Thrush Garrulax merulinus is found in several South-east Asian countries. It is well known amongst birders for its beautiful vocalisations and extremely skulky nature. The bird is seldom seen and is known from India by very few, scanty records. The last time this bird was collected from the Indian sub-continent was in 1952. In 2007 Tanmoy Ghosh recorded this species from Changlang district in Arunachal Pradesh where he photographed a dead bird killed by locals. Following this, … Read More

In a recently concluded Nagaland Biodiversity Survey, team members Dipti Humraskar and Swapna Reddy found this injured stump-tailed macaque infant with a village girl (in a nepali settlement 15kms from Dzulekie). A boy, aged approximately 14 years, who caught the infant claimed that he saw a troupe of about 20 macaques near his house. He aimed at the troupe with his catapult. The infant somehow fell down or was mistakenly dropped by the mother while escaping and was captured by … Read More

In a rare sighting, birdwatchers Atul Jain, Manoj Sharma and Harkirat Sanga spotted a pack of 6 Dhole or Indian wild dogs (Cuon alpinus) near Pungro town in Eastern Nagaland not far from the Myanmar border. The pack had four pups and two adults. Not suprisingly, the pack appeared to be scared as it was being chased by a local villager trying to hunt it down unsuccessfully with a stone. Not much is known about wild dogs from … Read More

This image taken at the annual 2010 Hornbill Festival in Nagaland shows real (top) and fake hornbill mounts being sold. According to the photographer, there were at least half a dozen real heads on display in addition to hornbill tail feathers. The govt. of Nagaland has been attempting to move various tribes from using real hornbill body parts (head, casque and feathers) as part of their costumes and handicrafts — with mixed results.… Read More

Hunting birds in Nagaland is rampant and is totally accepted as part of daily life. Here, four dead barbets (for Rs. 600) hang in a roadside hotel between Dimapur and Kohima. Tribals hunt for the pot as well as for commercial reasons (like in this case). In the last couple of years, campaigns by the government of Nagaland has reduced incidence of bush meat found in markets.… Read More

As part of a Nagaland bird survey, explorers Shashank Dalvi and Ramki Sreenivasan stumbled upon this beautiful snake close to Fakim Wildlife Sanctuary above Pungro town in Eastern Nagaland close to the Myanmar border. It turned out to be new species for India — “Bella” Rat Snake (Maculophis bella bella). Bella means beautiful in Italian.

Mountain after mountain in Nagaland reveals the same scenes — naked slopes and timber mills (a lot of them illegal). … Read More

Bird enthusiasts Shashank Dalvi and Ramki Sreenivasan made a 4-day visit to the Fakim / Saramati areas of Nagaland between 18-22 May 2010 near the Myanmar border. They were thrilled to sight, photograph and sound record three poorly known laughing thrushes. Some quick notes on these birds: 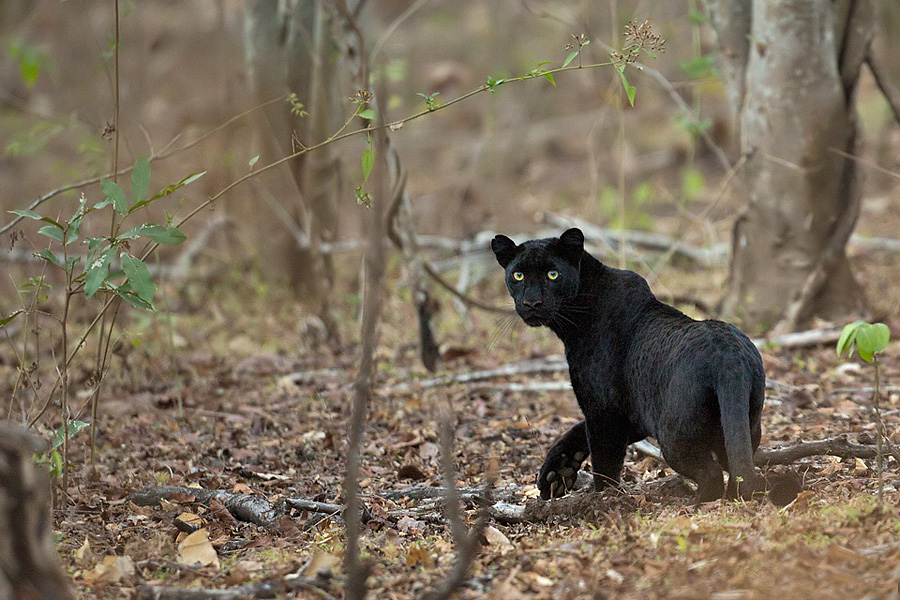