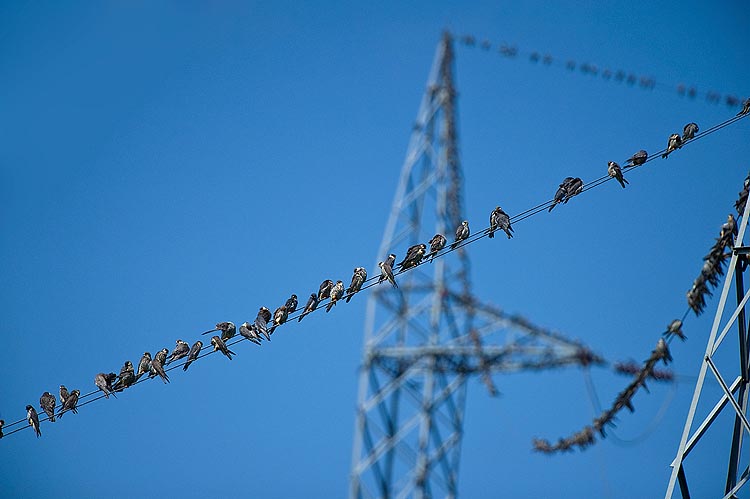 Ramki Sreenivasan
The tracked female escaped the massacre in Nagaland.

Raptor enthusiasts across the world were overjoyed and relieved to learn that a migratory adult female Amur Falcon (Falco amurensis) finally reached her wintering grounds at Newcastle in KwaZulu-Natal again on the 10th of January 2013 after an eventful 14,500km journey from the species’ breeding grounds in north-eastern China which started in mid-October last year.

This bird was fitted by Prof. Bernd Meyburg of WWGBP, the World Working Group on Birds of Prey, with a solar-powered satellite transmitter on 10th January 2010 after being captured at the Newcastle roost by a team of raptor enthusiasts from South Africa and Germany. The 5g prototype made by Dr. Paul Howey of Microwave Telemetry, Inc. (USA), pioneer in developing tiny satellite tags, has been transmitting information on the bird’s movements to researchers of WWGBP on a regular basis ever since. It is estimated that she has flown at least 90,000km on migration over the last three years between the wintering grounds in southern Africa and the breeding site in north-eastern China. The migratory route includes a ±3000km three-day-non-stop flight across the Indian Ocean which is the longest migratory flight across the sea by any raptor known to man.

Said Andre Botha, Programme Manager of the Endangered Wildlife Trust’s (EWT) Birds of Prey Programme: “Apart from the challenges that these little raptors, which weigh approximately 100-180g and have a wingspan of 58-70cm, face while crossing the ocean, there are other threats that impact on these birds while they fly over land. Recent reports of large numbers of Amur Falcons being slaughtered for food at their roosts in Nagaland in north-eastern India (full report) caused a lot of concern for the long-term survival of this species. It was estimated that up to 145,000 of these birds were caught and killed annually to be sold as a source of protein during the few weeks they spent in the area while they are on passage.”

An international outcry by conservation organisations against this practice however resulted in rapid action by Indian authorities and NGOs to bring the indiscriminate killing under control. A strategy is now being put in place to prevent these killings from happening in future and to encourage and support communities in Nagaland to find alternative sources of food.

The tracked female is known to have been in the area when the massacres were taking place, but she was lucky enough to escape the hunt and resume her autumn migration to reach the coast of East Africa in late November and ultimately made her way to the winter roosts in the Kruger National Park and the Highveld of South Africa.

“We are incredibly fortunate that the unit fitted to this bird continues to transmit information of her movements three years later. These tiny falcons probably do not have a long lifespan,” said Dr Bernd Meyburg, a well-known raptor biologist from Germany who was responsible for sourcing the funding and led the team involved in the fitting of tracking units to the birds in
2010.

As part of its monitoring of over-wintering populations of Amur Falcons and two other species of migratory falcons, the Red-footed Falcon (Falco vespertinus) and Lesser Kestrel (Falco naumanni), the EWT’s Birds of Prey Programme will conduct its annual National Migratory Falcon Roost Count at more than 50 roosts across South Africa. Volunteers will again visit known roosts to determine the number of birds that congregate there on the late afternoon on the 25th of January 2013. Data collected from these counts will provide an estimate of the global population of at least two of these species and may also provide an indication of the impact of the Indian massacres on the Amur Falcon. Interested members of the public are welcome to join teams participating in this count and can contact the project coordinator Rina Pretorius at Rina.Pretorius@gijima.com.

Andre Botha
The author is the manager of the Birds of Prey Programme of the Endangered Wildlife Trust (EWT). He is also the co-chair of the IUCN SSC Vulture Specialist Group.
TAGS:
Amur Falconconservation campaignsConvention on Migratory Species (CMS)Endangered Wildlife Trust (EWT)nagalandNational Board for Wildlife (NBWL)Northeast India (NE)standing committee NBWLtelemetrywildlife crimewildlife tradeWorld Working Goup on Birds of Prey (WWGBP)