On May 27 2020, an oil rig operated by the public sector unit Oil India Limited (OIL) in Baghjan, Assam broke out into a fire, and a consequent raging inferno on 9th June, 2020 after leaking oil and gas uncontrolled, for 12 days. The disaster has caused irreversible damage to the region’s fragile ecology and wildlife, and acutely impacted the livelihoods of communities that rely on the wetlands and forests. 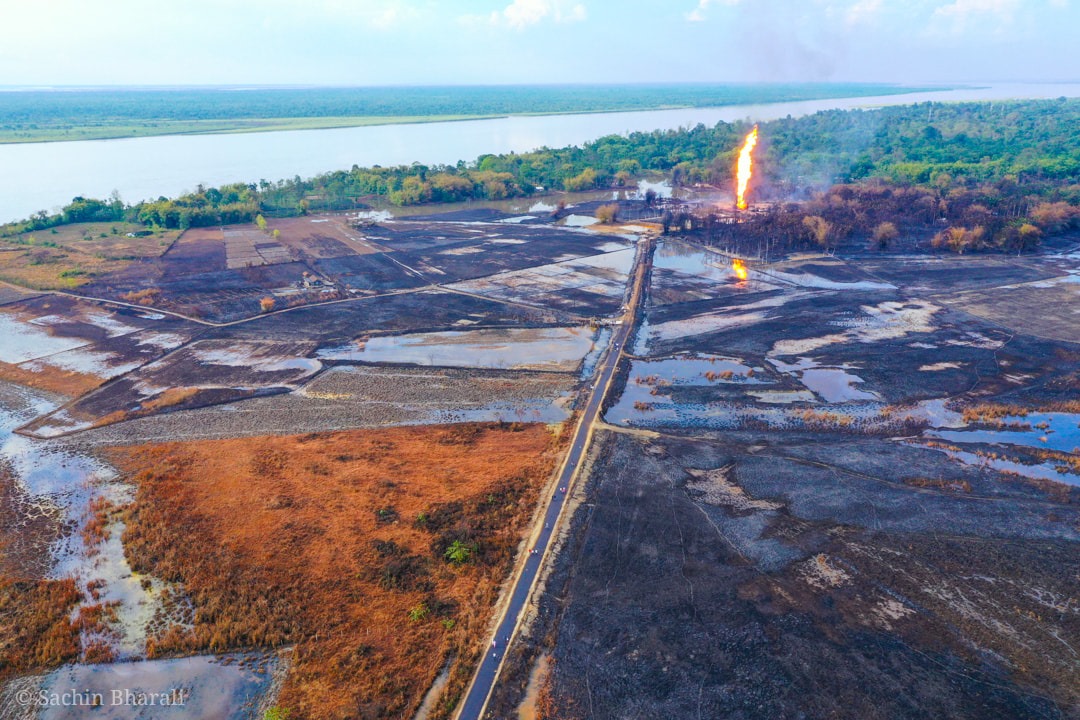 Drone image of oil well no. 5 at Baghjan

An oil well blowout – yet to be brought under control 6 days after it started – has been leaking toxic natural gas into its surroundings in Upper Assam, including the fragile Dibru-Saikhowa National Park close by.

At least 2,000 people have been evacuated even as state-owned Oil India Ltd (OIL) struggles to control the massive eruption or blowout from one of its producing wells in Baghjan oilfield in Upper Assam’s Tinsukia district. Natural gas continued to gush out from … Read More

The Swamp Prinia (Prinia cinerascens) is an extremely rare bird to see and photograph in the wild. This Near Threatened bird was frequently seen in undisturbed grassland habitat with Saccharum spontaneum grasses (Kohua in Assamese) near the Maguri-Motapung wetland. The location was the south bank of Dibru river just outside the Dibru-Saikhowa National Park and Tiger Reserve. Tragically, the entire grassland patch was cleared by villagers for agriculture by burning it in 2010. Later, due to awareness created amongst … Read More

The Black-breasted Parrotbill (Paradoxornis flavirostris) is one of India’s rarest, enigmatic and least-known birds. Till recently Debeshwari, in the Eastern Zone in Kaziranga, and Dibru-Saikhowa close to Tinsukia in N Assam were the only two places where the bird was found. However it seems that for the last few years the birds seem to have become extremely scare in these areas.

The migratory bird, Baikal Bush-warbler (Locustella davidi), was spotted and photographed by Ranjan Kumar Das, a geography teacher at Tinsukia College, on December 2, 2013. It was seen in the Koliapani grassland of Motapung-Maguri beel near Dibru-Saikhowa national park.

This bird was photographed in Nov 2014 by Porag Jyoti Phukan, a wildlife photographer from Duliajan, Assam.

The Spotted Bush Warbler was previously treated as a species with several subspecies, breeding in eastern Russia and adjacent parts of China, as … Read More

Seven endangered White-winged (Wood) Ducks (Cairina scutulata) swim in a small forest pool deep inside Nameri Tiger Reserve in Assam. Seven forms a substantial percentage of perhaps not more than 1000 individuals left in the world! Dibru-Saikhowa Biosphere Reserve and Nameri Tiger Reserve, both in Assam, form the strongholds of this bird in India.

The Assamese government has failed to release funds required to manage the state’s national parks and sanctuaries. As a result, maintenance activities in all the five national parks – Kaziranga, Manas, Orang, Dibru-Saikhowa and Nameri, have come to a standstill. It has been more than six months since Dispur released these funds. Orang national park — the smallest — which needs about 10 lakhs per month, has seen 26 of the 42 casual workers leave. Officials at Kaziranga had a … Read More

On 27th May 2020 around 10.20 AM, a massive blow-out occurred in a well operated by the public-sector unit Oil India Limited (OIL), in the Baghjan area under Tinsukia district, Assam. On the evening of 27th May, oil began leaking out of the well, along with the gas. The leak continued uncontrolled from the well (BJN-5), for 12 days, while OIL announced that they did not have the expertise to control the leak and had to fly in experts from … Read More 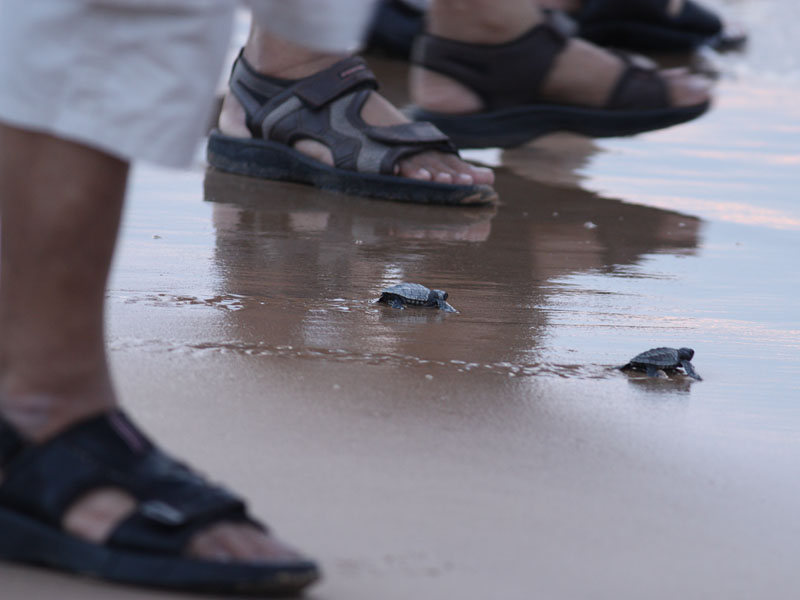