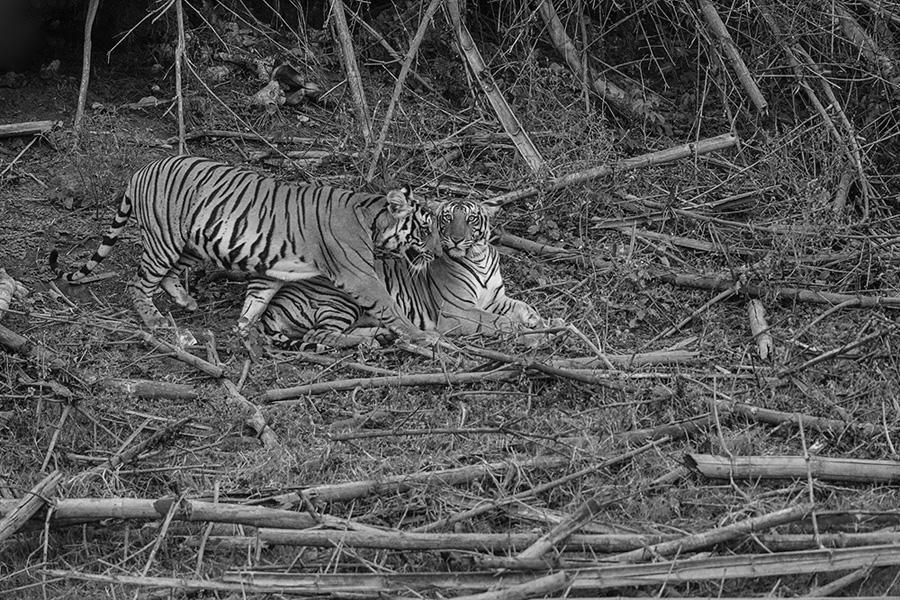 The tiger enjoys tremendous support. It should not be blamed for lack of conservation efforts elsewhere.

It is frequently alleged that tiger conservation consumes the bulk of India’s conservation budget, leading to the neglect of other species. While the annual budgetary allocation may appear to support this notion, the truth is somewhat different.

Being an incredibly charismatic animal, the tiger naturally enjoys tremendous conservation support. This is equally true of most flagship species, such as pandas, whales, elephants and polar bears. Thanks to its iconic status, vast sums of money have been, and continue to be, spent in the name of the tiger. While this has benefited the species in India, it has also benefited thousands of other life forms that share the tiger’s habitat, but which, by themselves, may not be sexy enough to attract support.

While the tiger faces serious threats and is definitely not out of danger, there is no debate that Indian tigers are the world’s best hope for the species. It is a significant conservation success thanks to the political will the Indian government brought in the 1970s. This led to a blueprint for the long-term survival of the species that included the creation of several protected areas across the country. The story is far from perfect, but the tiger recovered.

Tiger conservation has helped recover a wide range of habitats in India — from the floodplain grasslands of Assam to the salty mangroves of the Sundarbans; from the terai habitat of the Himalayan foothills to the rain forests of the Western Ghats. These habitats support a huge diversity of species, with the tiger sitting at the apex of the proverbial pyramid. Of course, there are other significant wildlife habitats in India like the Thar desert or high Himalaya where tigers don’t live. That these habitats and their wildlife suffer neglect is no fault of the tiger’s. More work needs to happen in these areas, and without doubt, the government needs to be sensitive to biodiversity as a whole. It’s time to wake up to the plight of several endangered species that require urgent attention. The successes and failures of tiger conservation could provide valuable lessons for the conservation of other species.

While the tiger may enjoy a disproportionate share of media attention, many quiet conservation initiatives are helping obscure species from olive ridley turtles to pygmy hogs. Kaziranga was a conservation success for the Indian rhinoceros long before it became a tiger reserve. There have been huge strides in snow leopard conservation in Himachal Pradesh. Last year, the ministry of environment and forests rejected two defence projects in the Andaman and Nicobar Islands that would have spelled doom for the unique Narcondam hornbill, and a virtually unknown, but threatened bird called the Nicobar spurfowl.

Against all odds, the people who stood up for these species fought and won by demonstrating leadership and initiative. In the same way, instead of lamenting about the tiger stealing the thunder, more such species along with their habitats (or vice versa) should be prioritized for conservation in a scientific manner. For example, India’s large community of birdwatchers should aggressively push for the conservation of the great Indian bustard — the charismatic flagship species of threatened grasslands and arid landscapes, which are in grave danger.

Conservation is an ongoing war. Tactical short-term battles may be won, but the war is never over. It is about delivering results under tough conditions. Our propensity to intellectualize and endlessly debate issues can be a dangerous and counterproductive impediment in saving the precious little that is left. It’s time for conservationists to realize that we are all on the same side of the table.

New Breed of Hunters in the Northeast