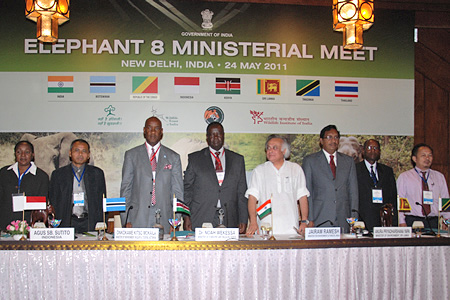 New Delhi, May 24, 2011: An unprecedented initiative to mobilise global cooperation in elephant conservation and welfare began today with the Elephant – 8 Ministerial Meet (E-8) in New Delhi.
The E-8, hosted by the Ministry of Environment and Forests, Government of India, in collaboration with the National Tiger Conservation Authority (NTCA), the Wildlife Institute of India (WII) and the Wildlife Trust of India (WTI), brings together for the first time African and Asian nations to discuss conservation and welfare of elephants worldwide and their future.

“One of the recommendations of the Elephant Task Force last year was for India to take a lead in global elephant conservation. This has now become a reality at this E-8 Meet,” said Jairam Ramesh, Minister (Independent charge) of State for Environment and Forests.

Representing regions with all three species of elephants, the participants included policy makers, conservationists, scientists, historians, art and culture experts among others from India, Botswana, Republic of Congo, Indonesia, Kenya, Sri Lanka, Tanzania and Thailand. Discussions covered a wide range of issues categorised under three basic themes Science and Conservation, Management and Conservation, and Cultural and Ethical perspectives of conservation.

“The delegates present here represent two-third of the world’s wild elephant population. Later in 2013 we will bring in all the 50 elephant range countries together to deliberate and actively cooperate for elephant conservation and welfare,” the Minister added.

The three species of elephants, African forest elephant (Loxodonta cyclotis), African savannah elephant (Loxodonta africana) and Asian elephant (Elephas maximus), are found in 50 countries. Across most of their habitat, the elephants face threats from habitat degradation, conflicts with people and poaching for ivory.

Jagdish Kishwan, Additional Director General (Wildlife), said, “Elephants have a significant role to play in maintaining the ecology of their habitats around the world, in addition to their cultural, religious and traditional significance in many range states. The real threats to them need to be addressed in a unified manner. The eight countries for the E-8 were selected based on regional representation, elephant numbers and strategic importance in making elephant conservation and welfare a global movement involving all range states eventually.”

The E-8 is a prelude to the larger confluence of all of the 50 range states to be held subsequently, as recommended by the Government of India-constituted Elephant Task Force, last year.

“Discussions on elephants between different countries have so far been either on a regional level or on general platforms of discussion on wildlife. While all these 50 countries coming to a common consensus on elephants may be a far cry from reality, but there always is space for cooperation. The E-8 and subsequent similar meets are meant to facilitate cooperation and knowledge-sharing between the African and Asian continent, and to generate concern, focus and participation of the rest of the world in saving these majestic species,” said Vivek Menon, Executive Director, WTI, and an ETF member. 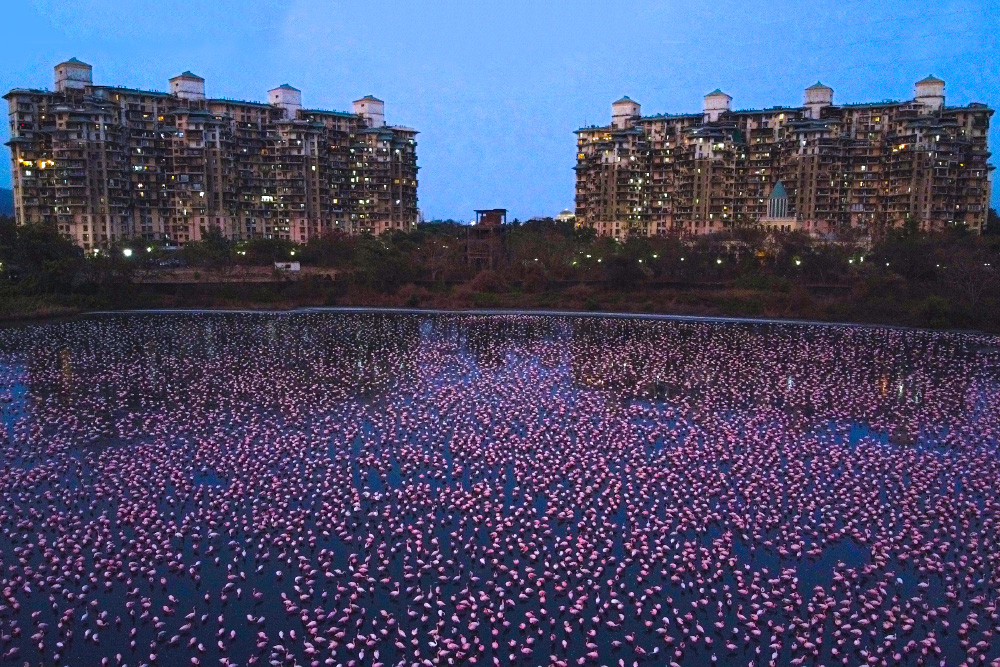