In an unprecedented decision, the Hon’ble National Green Tribunal (South Zone), Chennai, ordered today status quo on all project activities proposed in the Amrit Mahal Kaval grassland ecosystems of Challakere Taluk, Chitradurga, Karnataka with immediate effect. The directions were issued on the interim prayers filed in Applications by the undersigned which complained that Defence Research Development Organisation, Indian Institute of Science, Indian Space Research Organisation, Bhabha Atomic Research Centre, Karnataka Small Scale Industries Development Corporation, Karnataka Housing Board, Sagitaur Pvt. Ltd. have commenced project activities in these ecologically sensitive areas in comprehensive violations of laws protecting the environment, wildlife, forests, people’s rights, etc. The Tribunal in its order has also directed the Karnataka State Pollution Control Board to review any pending applications for clearances sought from project proponents in due accordance with law over the next fortnight. The case has been posted for hearing again on 17th September 2013.

ESG through its Counsel, Mr. T. Mohan submitted that findings of the Committee establish beyond any doubt that the area that has been diverted to the projects is Amrit Mahal Kaval grassland ecosystems, which per the Karnataka Forest Act are deemed District Forests. Thus, the entire diversion is in contravention of the Forest Conservation Act, and the direction of the Hon’ble Supreme Court in Godavarman case. In addition, the project proponents have commenced activities without securing any clearance under environmental and pollution control laws of India. Thus, arguing, that this is a fit case to grant interim prayer of stay on ongoing activities.

The undersigned Party in Person submitted a detailed reply to the Report of the Fact Finding Committee, which is supported by ESG, critiqueing the findings of the Committee. Various subject experts and organisations from across the world have also critiqued the findings of the Fact Finding Committee, which were submitted as part of this Reply to the Tribunal. These documents may be accessed here.

At the time of independence, there were over 4 lakh acres of Amrit Mahal Kavals, grassland ecosystems set aside as grazing pastures, supporting the livelihoods of thousands of pastoral families. In subsequent decades the Government of Karnataka has diverted large swathes of such ecologically sensitive, biodiversity rich landscapes that supported thousands of pastoral livelihoods to a variety of purposes. At present less than 30,000 acres of Kavals exist in the entire state of Karnataka. Such rapid depletion of grasslands present a clear and present danger to the survival of the Great Indian Bustard and Lesser Florican, critically endangered birds who exclusively depend on these ecosystems. Latest figures suggest less that 250 individuals of the bustards survive in all of South Asia, making it a species more at the threat of extinction than the tiger.

In recent years, a variety of industrial, defence, infrastructure and institutional investments have been proposed in the Amrit Mahal Kaval of Challakere Taluk of Chitradurga district, Karnataka. Since 2009, the Government of Karnataka has systematically diverted these Kaval grasslands for the establishment of a massive weaponised drone testing and manufacturing facility by DRDO, a major nuclear fuel enrichment plant by BARC, a synchrotron by IISc, a space applications centre by ISRO, and also a massive solar power plant by an unknown company called Sagitaur. In addition, there are various other associated industrial and infrastructure developments proposed, both Indian and foreign, especially in the defence manufacturing sector which has recently been opened up for foreign direct investment. In all about 10,000 acres of the Kaval land, constituting the largest remaining contiguous stretch of semi-arid grasslands in Karnataka, have been committed to these projects already. It is likely that far more land would be diverted, which could include densely populated villages, for more such projects and their expansions in Challakere.

In formulating all of these decisions, and also in diverting the Kaval grasslands, none of the local elected bodies or impacted communities were consulted. In fact, they learnt about the diversion when these Kavals, which are their pastoral lands and areas of cultural importance, were blocked off by massive high-security double containment walls built by the investing agencies in recent months. None of these agencies secured any of the statutory clearances, including environmental and forest, and yet their activities have been tolerated by a host of regulatory agencies. Specific directions of the Karnataka High Court in 2001 not to divert any Kavals henceforth, and subsequent State Government circulars conforming with this direction, have been comprehensively flouted while diverting the Kavals. As a matter of fact, then Deputy Commissioner of Chitradurga, Mr. Amlan Biswas, misguided the Government on the intent of the High Court directive by mis-quoting the order of the Karnataka High Court in promoting such illegal diversions of thousands of acres of land, to private companies too, for a monetary consideration.

Impacted communities and various public interest groups have challenged these diversions before the National Green Tribunal and in the Karnataka High Court. A host of concerns and violations have been brought to the attention of the judiciary, including destruction of sensitive ecosystems, massive displacement of pastoral and agrarian communities, potential local extinction of highly endangered and critically threatened species of flora and fauna (Eg. Black Buck, Great Indian Bustard, Lesser Florican, etc.), and comprehensive violation of environmental, social justice, forest rights, and other laws, as well as a variety of policies and guidelines, both national and international. A copy of some of these petitions and the responses secured can be accessed here.

The Tribunal, in response, constituted an Expert Committee consisting of Dr. S. Ravichandra Reddy and Dr. K. V. Anantharaman to go into the various allegations made by all parties and produce a report based on facts, and that after visiting the impacted area and meeting all concerned. A copy of the order along with the TOR for the Committee is accessible at: http://tinyurl.com/cd5f6ws. The Committee visited the villages during 23rd–25th May 2013 when they also conducted 5 public hearings covering about 70 affected villages. Various detailed submissions of the illegalities and environmental and social impacts were made by local communities and environmental and social action groups, and these may be accessed here.

While the general expectation was that the Fact Finding Committee would produce a thorough analysis of the situation and present a well argued set of conclusions and recommendations, quite in contrast and rather disappointingly, the Committee has uncritically leaned comprehensively on the claims of the Project Proponents as though they were facts and produced a report that does not in the least meet the expected standards of scientific reasoning and logical analysis. None of the submissions made by impacted communities and various environmental and social action groups have been considered meaningfully and critically. A copy of the report of the Fact Finding Committee can be accessed here.

The reply to the Report of the Fact Finding Committee filed by Environment Support Group can be accessed here. 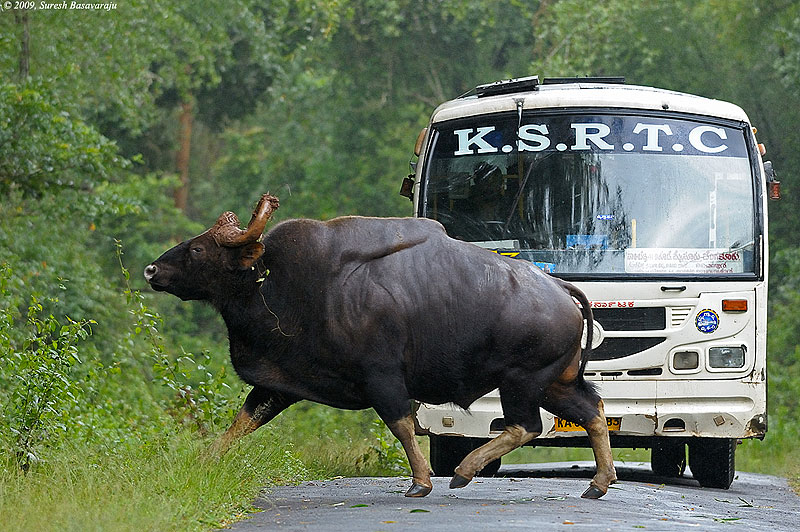