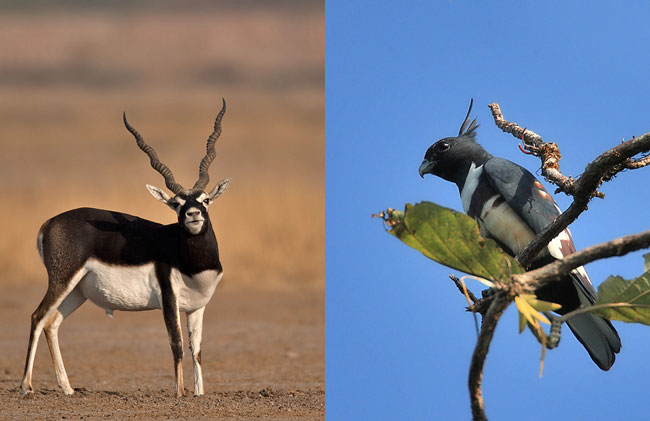 Ramki Sreenivasan
Guindy National Park is home to over 130 species of birds, 350 species of plants, 60 kinds of butterflies, and many animals, including the endangered Blackbuck.

A recent announcement, however, holds the threat of disrupting this rich natural habitat, widely described as the only national park within the confines of a city. Earlier this month, Tamil Nadu Dr MGR Medical University vice-chancellor Mayilvahanan Natarajan said the governor had given in-principle approval for allocating four acres within the Raj Bhavan campus to the university for setting up a 500-bed hospital.

“GNP is the among the last remnants of the tropical dry evergreen forest, unique to the east coast of India,” says D Narasimhan, botany professor, Madras Christian College. “Very small patches of this type of forest still exist in Tamil Nadu, which is why GNP, a well-protected fragment, is ecologically important.” The forest is home to over 130 species of birds, 350 species of plants, 60 kinds of butterflies, and many animals, including the endangered black buck. “The forest itself is an endangered type. Naturally, all the creatures and plants within it are endangered,” he adds.

Naturalists and conservationists say a hospital on the Raj Bhavan premises, which is contiguous with GNP without even a fence separating the two, would be disastrous for the habitat. “A hospital would mean light, noise, garbage, pollution and diseases,” says wildlife filmmaker and conservationist Shekar Dattatri. “It will also draw a huge amount of groundwater which is needed for the animals.”

Wildlife warden Karunapriya says GNP faces a water problem during summer and that they have plans to improve rainwater harvesting. “We only have two ponds that provide water for the whole park,” she says.

Dr V Santharam, director, Institute of Bird Studies & Natural History, Rishi Valley Education Centre, says a number of ground-dwelling birds that were seen about 15 years ago have disappeared. “Even the slightest change in the forest can affect species,” he says. “A hospital will bring more human presence and that will be disruptive. Surely it can be built elsewhere.”

The Raj Bhavan grounds still have reserved forest status. “Technically, they should consult us before they undertake any construction,” say forest department sources. “But as there is no real threat to the animals from their activities, we do not interfere.”

Repeated efforts were made to get in touch with Raj Bhavan authorities but no response was forthcoming. Tamil Nadu Dr MGR Medical University’s Dr Mayilvahanan says, “The viability of the project is being worked out and the details could be finalised in the next two months.”

Wildlife warden Karunapriya says blackbuck often wander into the Raj Bhavan polo ground and the population there is included in the GNP animal census. “We have a healthy population of blackbuck and spotted deer across the two areas,” she says.

GNP, Raj Bhavan, most of IIT, Cancer Institute and the memorials were originally a game reserve owned by British citizen Gilbert Rodericks who died in 1817. The East India Company bought the property in 1821 as a weekend retreat for the governor. In 1947, when India became independent, Guindy Lodge, as it was known, became Raj Bhavan. In 1958, about 600 acres of the grounds was handed over to the forest department, and in 1977 it received the status of a national park, according to S Muthiah’s book The Raj Bhavans of Tamil Nadu’. By then, however, the original extent of the park had shrunk as large portions of land had been parcelled out Mahatma Gandhi memorial (1954, 9.25 acres); Cancer Institute (1954, 9 acres); Rajaji memorial (1974, 2.5 acres) and Kamaraj memorial (1975, 6 acres). IIT-M and Guru Nanak Educational Society also got land. Today, the national park has shrunk to 2.7 sq km.

“Despite the limited land, the forest and its population is stable,” says Kumaran Sathasivam, an avid bird watcher and editor of Blackbuck, Madras Naturalists’ Society’s journal. “But further fragmentation would add new pressure. Raj Bhavan extends to the doorstep of the forest. It is important to keep Raj Bhavan whole to keep the forest safe.” 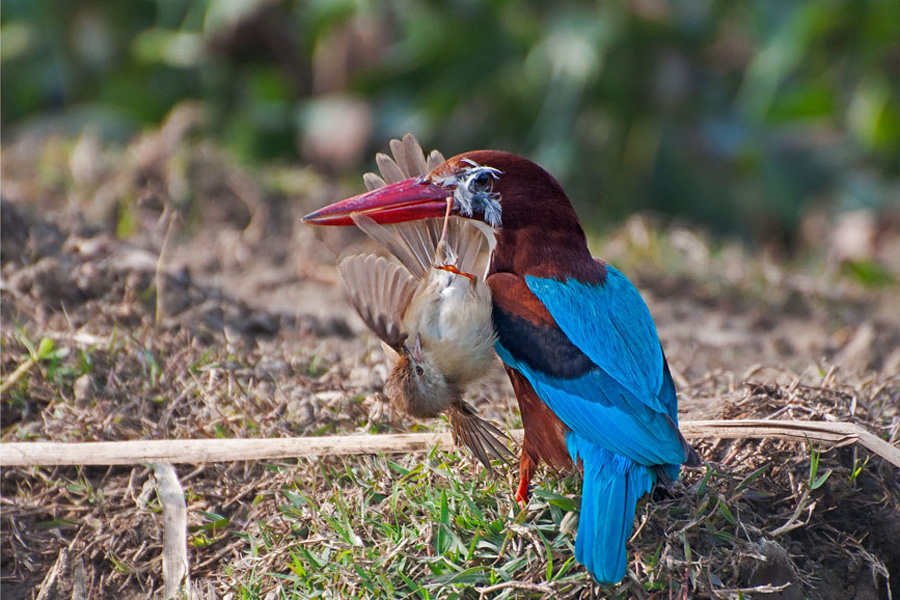